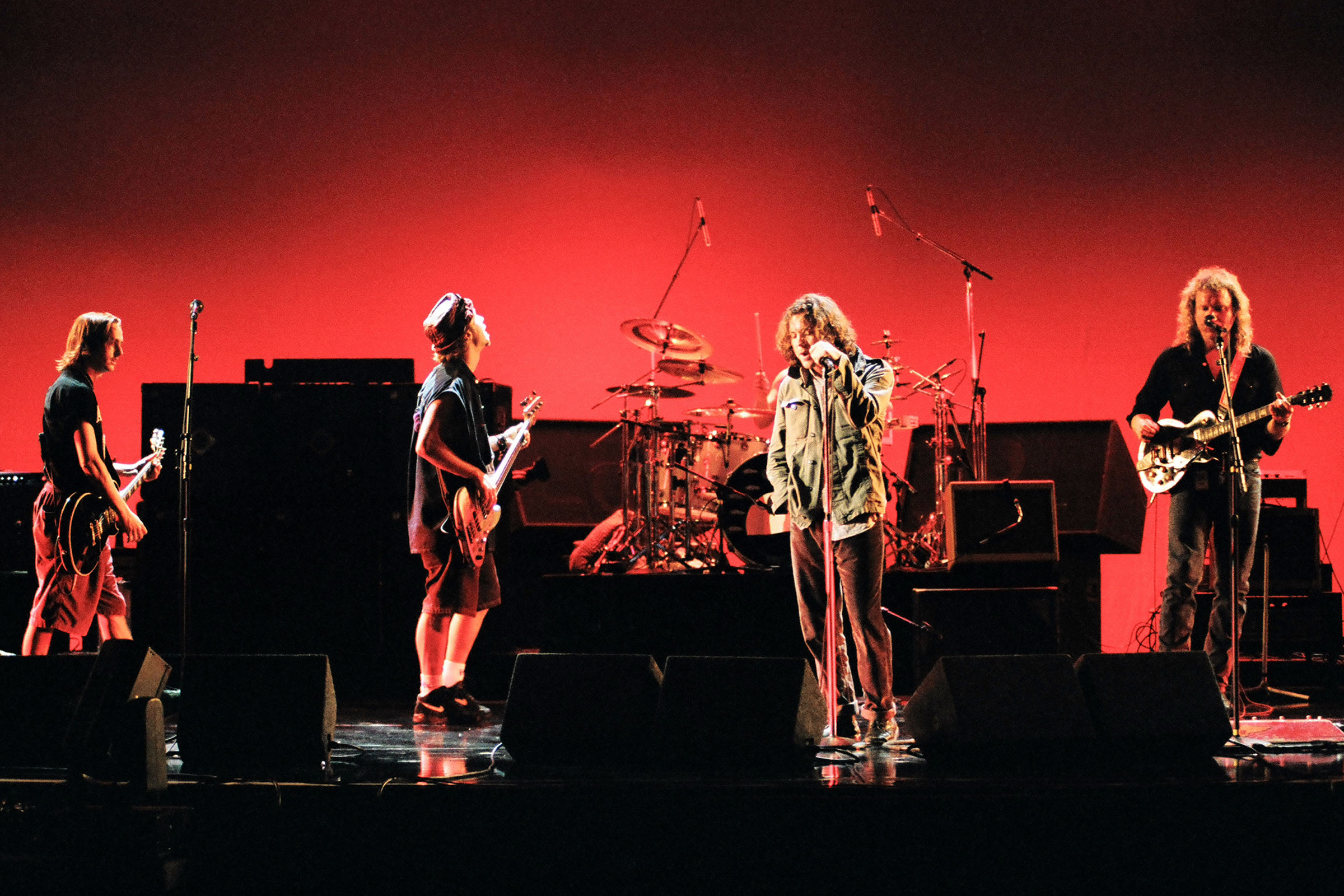 Pearl Jam announced not only dates for a North American tour yesterday, but also a release date for their upcoming LP Gigaton. They’d been dropping hints for the past week about an album, but until yesterday nobody knew the title or any details about it. We now know that it was produced by the band and Josh Evans and that new single “Dance of the Clairvoyants” will be released in “the coming weeks,” but not a lot more.

A single Mike McCready quote in the press release, however, does seem to give some sense of the direction the album will take. “Making this record was a long journey,” he said. “It was emotionally dark and confusing at times, but also an exciting and experimental road map to musical redemption. Collaborating with my bandmates on Gigaton ultimately gave me greater love, awareness and knowledge of the need for human connection in these times.”

This isn’t the first time that Pearl Jam has opted for a record release campaign that was light on new information. Back in 1993 when they were prepping for their second record Vs., the group decided to forego creating any videos and they granted very few interviews (with their Rolling Stone cover being a rare exception) in order to avoid the massive overexposure they faced in the aftermath of Ten across 1991 and 1992.

They also didn’t release any singles prior to the album’s October 19th, 1993, release date, but they had been playing many of the new songs on tour during the previous few months. That means that anyone who saw them in Europe during the summer of 1993 (or got their hands on a quickie bootleg) had the chance to hear “Animal.” The vast majority of Pearl Jam fans, however, heard it for the first time on September 2nd, 1993, when they played it at the MTV Video Music Awards. Here’s video of the performance, where host Christian Slater says that the band is “playing a brand new song for the first time anywhere” even though it was their 20th time playing it.

Pearl Jam no longer play new songs before they come out, so the Gigaton release date is likely the first time fans will hear the vast majority of the album. And since this is the longest the group has ever gone between albums, interest is extremely high this time around. But when the VMAs come around, don’t expect Pearl Jam to be within 100 miles of the place. The world of 1993 is long gone.