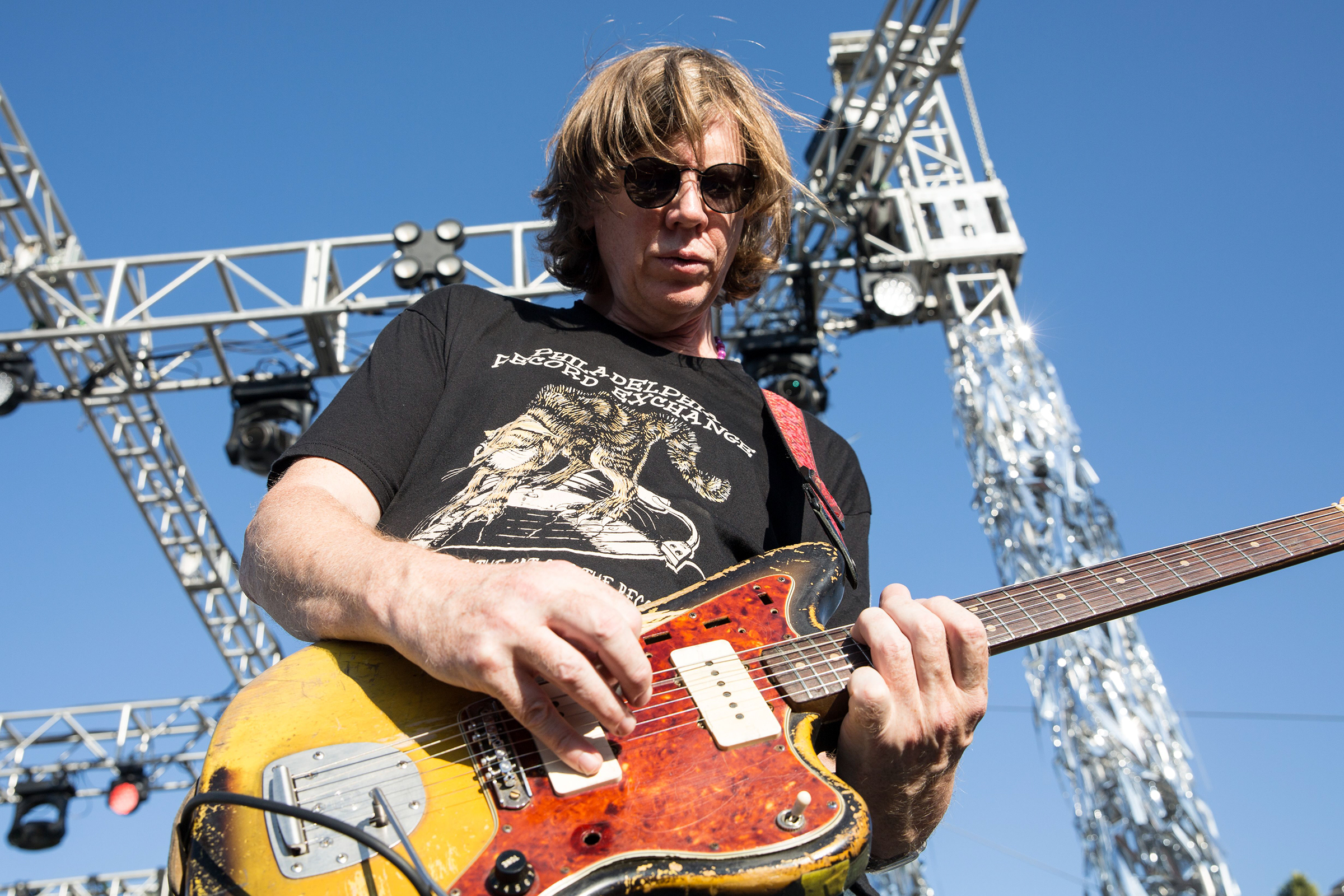 Thurston Moore adds a folky tranquility to New Order’s “Leave Me Alone” with his new cover of the 1983 post-punk track.

The song opens with a murky electric guitar riff and a swirl of descending 12-string acoustic licks. The arrangement gradually swells with shakers, snare, buzzing guitar drones, Moore’s airy croon and a climactic surge of feedback.

The guitarist told The Quietus that his “Leave Me Alone” cover originated from a residency with the artist Radieux Radio in Salford, England. “We were recording at Islington Mill, and Radieux was especially curious about exploring the area because of these musicians we both really admire (Joy Division and New Order being especially important to Radieux),” he said. “There are so many bands — a long list when you’re ready for it — from that area that have been and remain truly important to me.

“Anyway, Radieux, who is even more of an analogue snooty pants than I am, had an original cassette of [New Order album] Power, Corruption and Lies and played this tape, and particularly played the one song ‘Leave Me Alone,’” he continued. “Radieux kept almost ritually rewinding the cassette and playing this song over and over until it was lodged in our brains.”

Moore’s live schedule includes a run of international dates in October and November, followed by a U.S. run that launches December 2nd in Woodstock, New York.