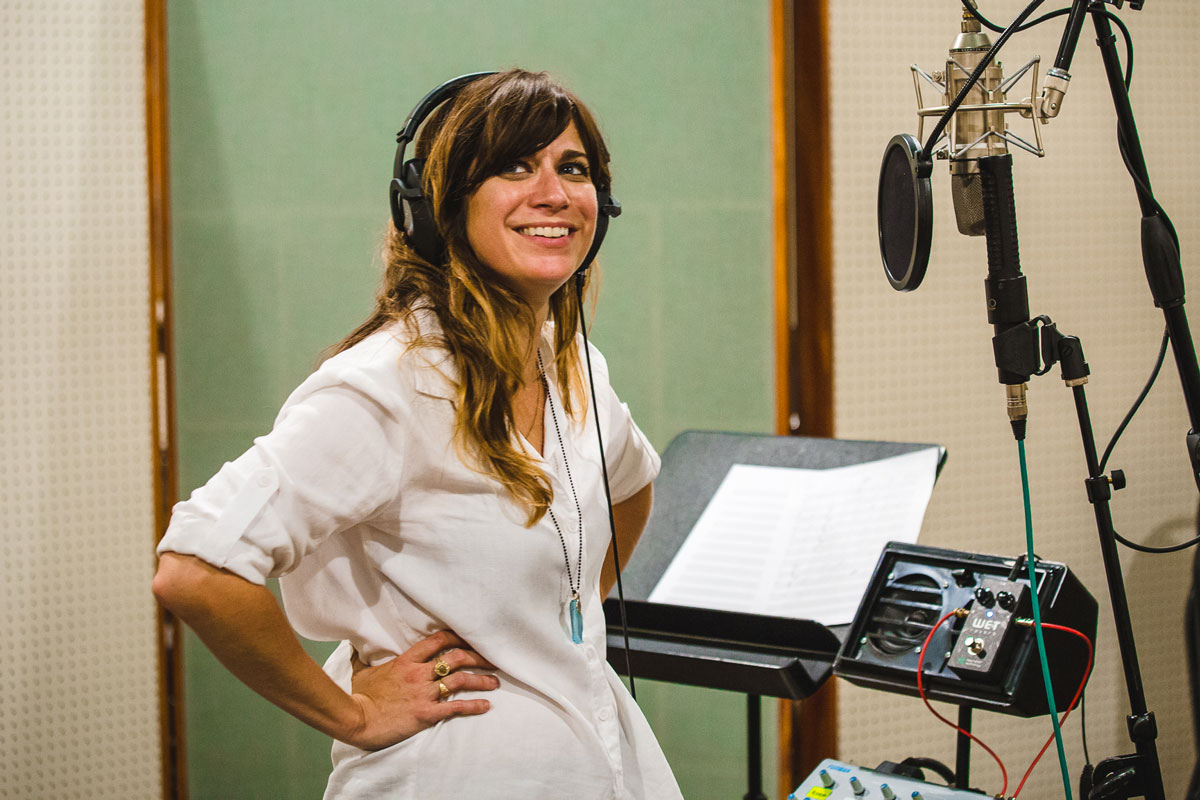 Nicole Atkins was forced to cancel a tour supporting her new album Italian Ice, but she is continuing to play live – from the safety of her Nashville home.

Atkins is the latest artist to take part in “In My Room,” our new IGTV series in which artists perform in intimate places in the wake of the coronavirus pandemic. Atkins’ performance follows John Fogerty, Brian Wilson, and Angelique Kidjo.

“We want to keep everybody entertained, keep our spirits up,” Atkins says. “There’s a lot of things we can do at this time that we don’t normally get to do, like this. Here we go!”

Atkins performed “Domino,” a disco track inspired by Prince and the Rolling Stones’ “Miss You.” Though written before our current crisis, the apocalyptic lyrics fit the moment perfectly: “I’m not gonna play safe and sound,” Atkins sings, “When the world comes tumblin’, tumblin’ down.”

Next, Atkins performed an unplugged electric version of another new song “Captain,” about helping someone who needs it in a difficult time, and 2016’s “A Little Crazy,” inspired by Chris Isaak.

Italian Ice was recorded in Muscle Shoals, Alabama, and inspired by the crumbling charm of her Asbury Park, New Jersey stomping grounds. “When you’re on the boardwalk there’s a feeling that anything can happen,” she’s said. “I wanted to give people something they can put on and buy into a fantasy that gets them excited about what might happen in their own lives.” She worked with producer Ben Tanner and friends that include Dap-Kings’ guitarist Binky Griptite, and drummer Jim Sclavunos and keyboardist Dave Sherman of Nick Cave’s Bad Seeds. Two musical legends also play on the album: organist Spooner Oldham and bassist David Hood of the Muscle Shoals Rhythm Section. Other guests include Britt Daniel, Seth Avett, and more.

“I hope people are keeping their spirits up,” Atkins says. “This is going to pass. Just keep yourself safe and entertained. Make some art, do some drawing, go on Fender.com and take free guitar lessons, or go through your grandmas old clothes and have a dress up party!”