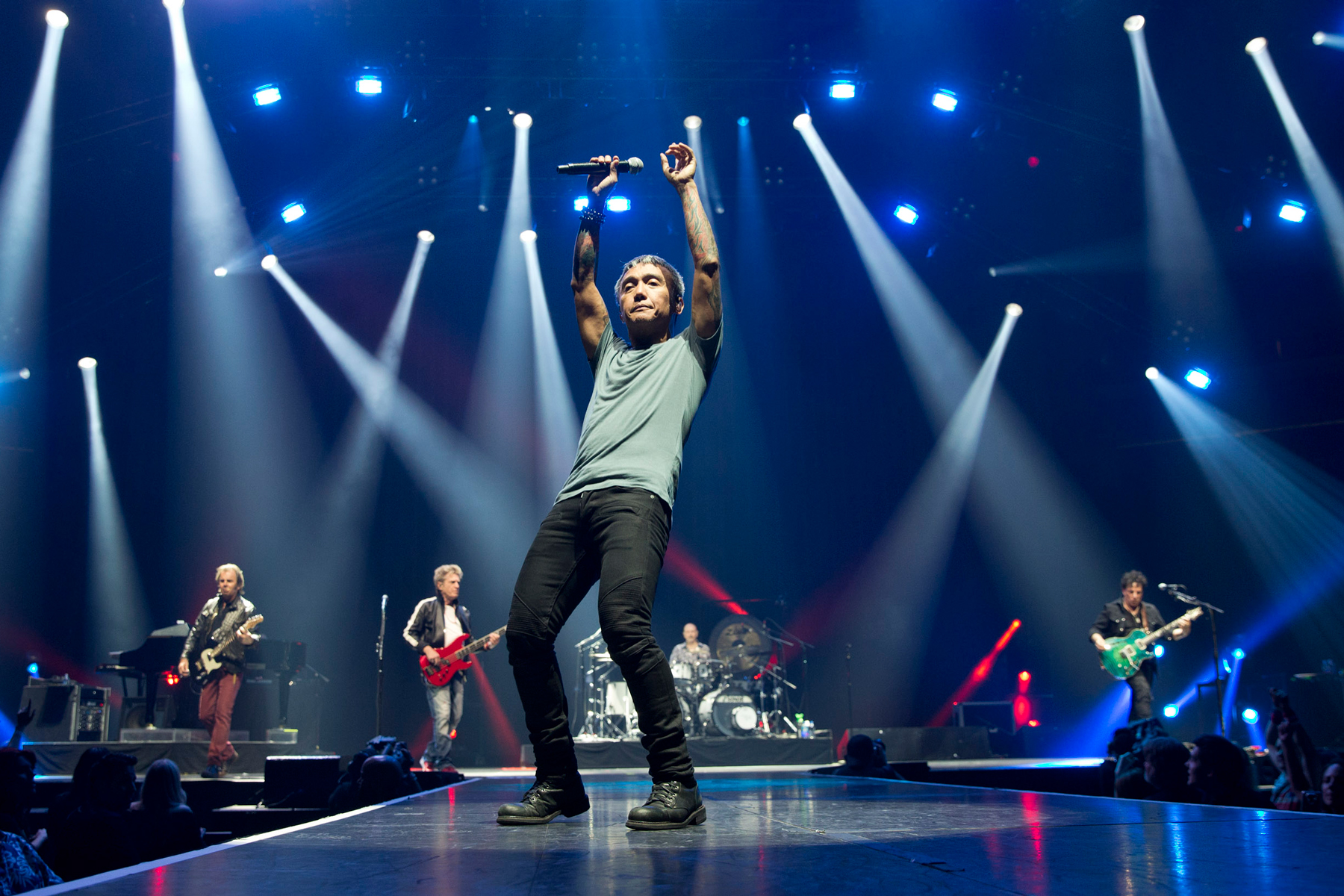 Journey has taken much of 2019 off so everyone in the group can focus on solo endeavors. That ends in October when the band heads to Las Vegas for a nine-show residency at the Colosseum at Caesars Palace. Ticket prices begin at just $69, but primo seats will go for significantly more. They will go on-sale to the general public on Friday, though pre-sales begin tomorrow.

Journey last toured in the summer of 2018 when they played 60 co-headlining shows with Def Leppard. It was a wildly-successful outing that packed arenas all over the country along with a handful of baseball stadiums, grossing nearly $100 million and selling over a million tickets. It wrapped up October 7th at the Forum in Los Angeles, though Journey did come back together for a one-off in Reno, Nevada in December.

After the Reno gig, Journey guitarist Neal Schon turned his attention to his new side project Journey Through Time, which features original Journey singer Gregg Rolie and former Journey drummer Deen Castronovo. Their live show spotlights tunes from Journey’s earliest albums, though they also mix in a few Eighties hits like “Don’t Stop Believin’” and “Faithfully.” Journey keyboardist Jonathan Cainn, meanwhile, is about to release his new solo album More Like Jesus. The songs are a reflection of his born again Christian beliefs.

Journey frontman Arnel Pineda has a handful of solo shows booked across the country in the coming months. He doesn’t sing a single Journey song at these gigs, but he does do everything from Deep Purple’s “Highway Star” to Rush’s “Tom Sawyer,” AC/DC’s “Back in Black” and Starship’s “We Built This City.”