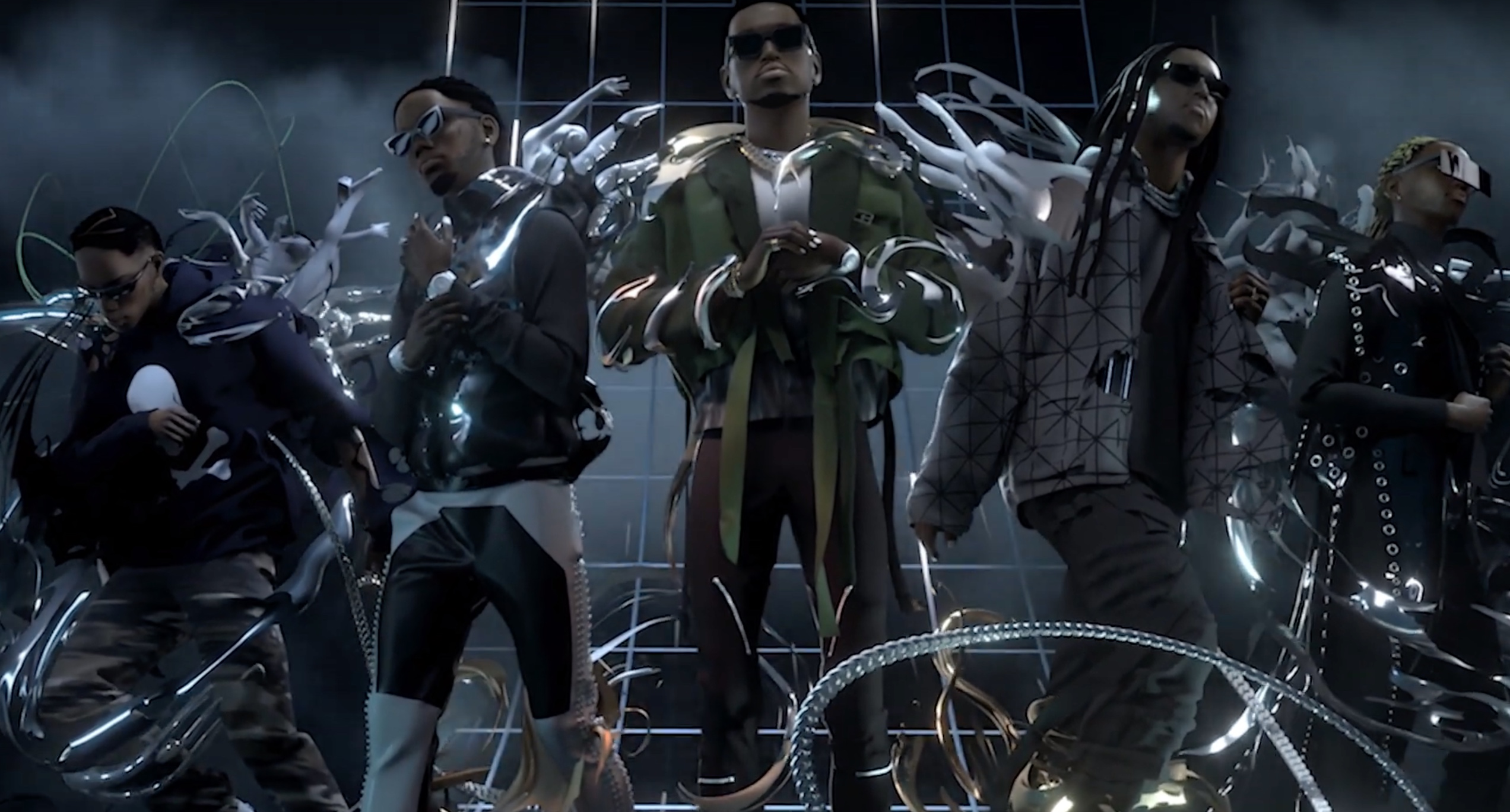 Migos, Travis Scott and Young Thug have teamed up to release “Give No Fxk.” The rappers originally debuted the song live during Scott’s Astroworld Festival in 2019.

Like they command at the beginning of their live performance of the song, the bouncy track is an ode to flipping the bird, or in other words embracing an IDGAF attitude as the chorus relays. “We don’t give no fuck/Out in public, and we run shit,” the rappers proclaim in between their respective verses. “I got too many diamonds on, I look awesome.” In the accompanying video, the rappers are seen in a warehouse as cameras woozily film them in 360 degrees and lightning emits from their bodies in the futuristic visual.

Quavo teased the release of their new collaborative single earlier in the week, along with sharing the cover art on Instagram.

The members of Migos, who dropped Culture II in 2018, have released several singles alongside solo albums and individual collaborations since then. Meanwhile, Young Thug released So Much Fun last year, which features the single “London” with Travis Scott and J. Cole. Young Thug and Scott will perform at Rolling Loud Festival’s Miami event in May. Scott, who will headline Coachella, earned his first Number One album of 2020 with Jackboys.