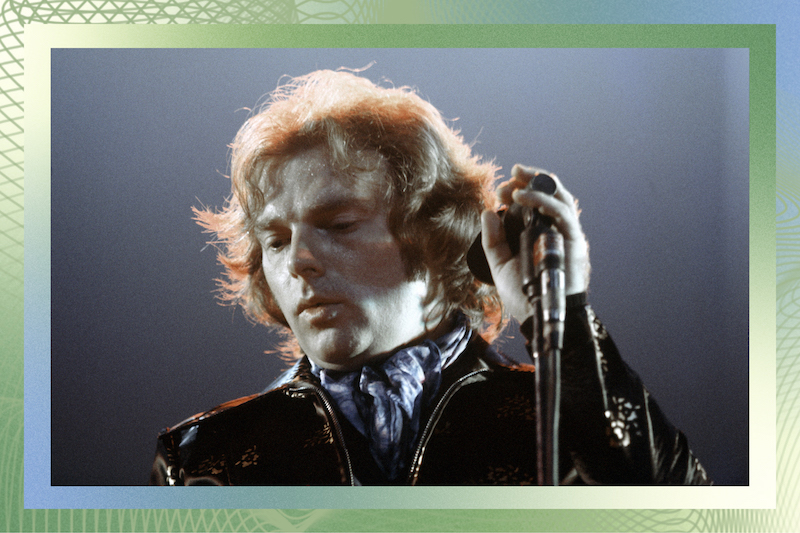 Nature hasn’t always been pop music’s closest friend. Unlike unrequited love, coming of age, or escaping your hometown on the open road, songs about oak trees or daffodils or sunny mountain faces don’t tend to inspire the type of cathartic release we expect from our most beloved anthems.

That is, until this spring, when people across the world have been forced to remain indoors indefinitely as we ride out the worst of the global coronavirus pandemic. Almost overnight, three-minute songs about clean air or fresh water sources started to sound as romantic as “Crazy in Love” or “Thunder Road.”

So, for the latest installment of Rolling Stone’s weekly playlist series, “Music At Home,” here are 15 songs about pop music’s most newly titillating escapist subject matter: the great outdoors. There are thousands of songs out there that employ the sun, rain, or rivers as metaphor across genres; that’s not what we’re talking about here. The only qualification for this playlist is that all of these songs must be, at least on some level, literally about nature: bluebirds, roses, rainstorms, mountaintops, redwood trees, and more.

(Find this playlist on Spotify here.)

Rev. Maceo Woods, “Hello Sunshine”
When most artists cross over from gospel to pop, they the substitute the Lord for love and sex. But on this brief pop moment from the longtime gospel singer and preacher Maceo Woods, salvation comes in the form of Vitamin D.

Weaves, “Grass”
This account of oversleeping and picnic blankets from lead singer Jasmyn Burke nails that specific combination of anxiety and freedom that can make going outside feel so tortured these days, with its chorus posing a true question for the times: “What’s growing in my grass?”

Joan Shelley, “High on the Mountain”
No working songwriter has mastered the art of rural escapism quite like Kentucky’s Joan Shelley. With its shady trees and flowing vines and hilltop sunshine, this quivering lullaby may be her most gorgeous.

Jenny Lewis, “Hollywood Lawn”
On this this laidback highlight from 2019’s On the Line, Lewis spends her days splayed out in the West Coast sunshine, watching some neighborhood kids mess around on a slip-and-slide as she chugs red wine and daydreams about chemtrail conspiracies. Sounds pretty good.

The Carter Family, “Wildwood Flower”
Fading flowers serve as both the metaphorical narrative device and the literal subject of this country music gold standard made famous by the Carter Family. The first verse alone may as well be a floral guidebook: “The myrtle so bright with its emerald hue/The pale emanita and the hyssop so blue.”

Bill Withers, “Green Grass”
When Withers released ‘Justments in 1974, no one could have predicted that one of its lesser known songs would perfectly predict what life under quarantine during a global pandemic would feel like 46 years later: “Looking out at the people looking in/Feeling good must be some kind of sin,” Withers sang in its opening lines. “Looking in at the people looking out/Feeling guilty, scared to move about.”

I’m With Her, “Ryland (Under the Apple Tree)”
The woodsy debut from this folk group is full of earthy references to ocean shells and sunny hillsides (there’s even a song called “Pangaea”). But no moment conjures the outdoors like this laid-back paean to making love under an apple tree: “Bright summertimes/Pour the wine,” sings Aoife O’Donovan,”We’ve got time.”

Chris Stapleton, “When The Stars Come Out”
An ode to the rare joy of stargazing through the Los Angeles smog, this Traveller deep cut will surely speak to anyone straining to absorb nature despite being cooped up in a massive city.

Khruangbin and Leon Bridges, “Texas Sun”
The collaboration between the Houston retro-funk instrumentalists and the R&B crooner never sounded more convincing than on this love letter to Lone Star State sunshine, caressing you from “Fort Worth to Amarillo.”

Little Big Town, “Bluebird”
Both Little Big Town and Miranda Lambert released separate songs called “Bluebird” within a month of each other this past winter. But it’s Little Big Town’s original, the tale of a lonely lover separated from their honey who finds respite in a bird outside their window, that hits home the hardest these days. The band’s guitarist had it right when he described the song earlier this year as “melancholy sunshine.”

Liz Vice, “Red Roses”
Up-and-coming neo-gospel/folk singer Liz Vice uses the red rose as a launching pad for this heady meditation on existence, creation, and heterogeneity. “If every flower were a rose/A rose its beauty would not be,” she sings over jazzy piano, before going on luxuriate in the praises of sunflowers, irises, daffodils, and lilies.

Van Morrison, “Redwood Tree”
The famously obscure Celtic soul-poet tended to shroud his narratives in layers of abstract imagery. Not so on this 1972 gem, an extremely straightforward, uncharacteristically cheery tribute to California’s most famous tree, recorded shortly after Morrison relocated to the Bay Area.

John Hiatt, “Feels Like Rain”
It’s possible that this divine slow-jam, covered by everyone from Buddy Guy to Aaron Neville to Glen Hansard, may actually be about more physical pleasures. But it works just as well as a four-minute meditation on the humidity of a New Orleans late afternoon just before the skies open. “Baby can you feel it?”

Billy Bragg and Wilco, “Remember the Mountain Bed”
Who hasn’t spent the last two months remembering their own proverbial mountain beds? This Woody Guthrie-penned Jeff Tweedy classic is an epic six-minute reflection full of longing, nostalgia, tragedy, and bliss, but today it simply feels like an aching remembrance of pastoral things past.