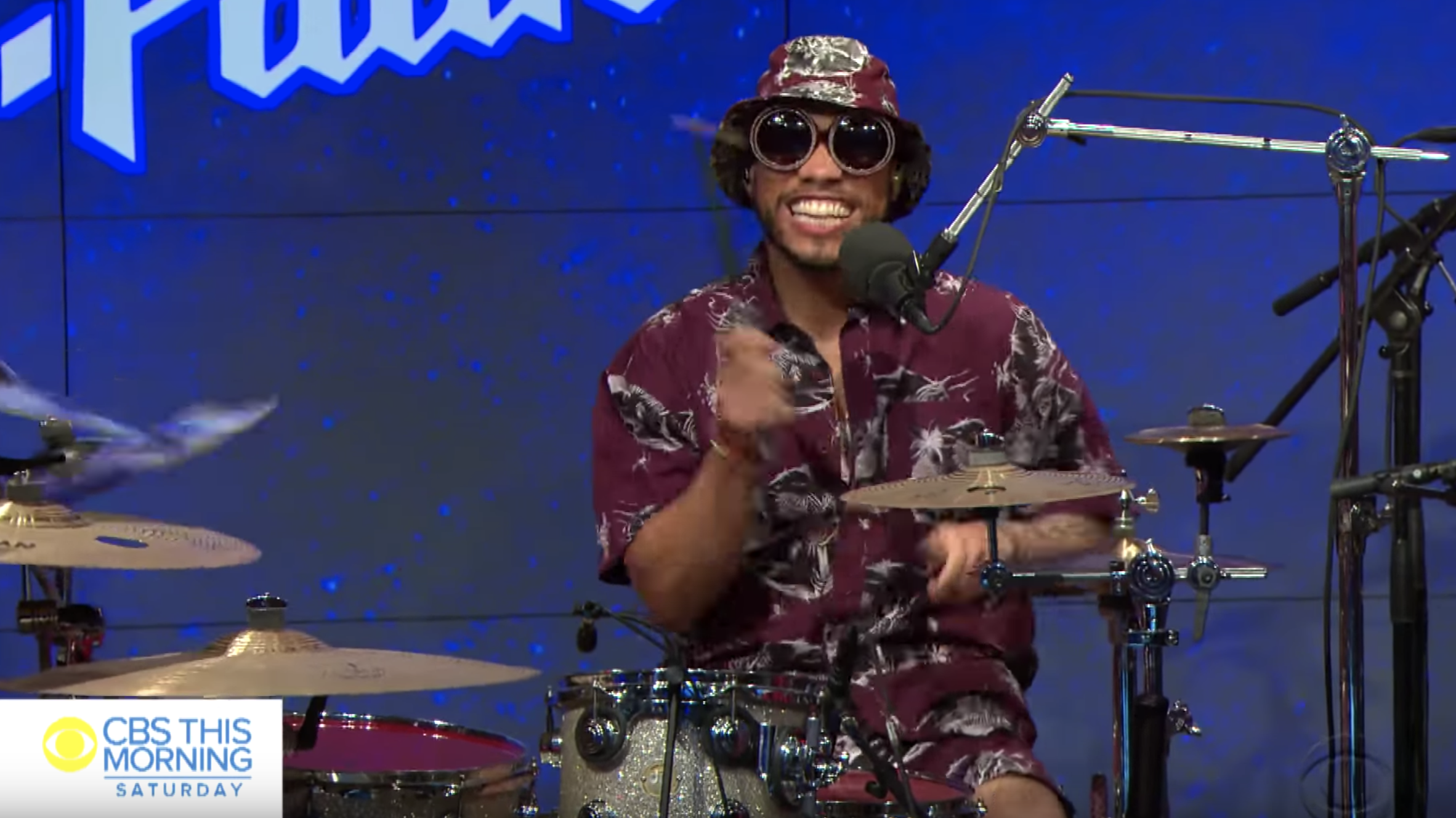 While in the midst of his Best Teef In The Game Tour, Anderson .Paak stopped by CBS This Morning‘s Saturday Sessions for a three-song performance.

.Paak and his band shared a funk-tinged trio of tracks including “Make It Better” and “King James” from his 2019 LP Ventura.

The drummer also delivered a groove-filled rendition of “Tints” from his 2018 album Oxnard.

.Paak also sat down for an interview with Anthony Mason during his appearance on CBS This Morning to discuss his difficult childhood.

“My pops, you know, battled with drug abuse. There was domestic abuse with my mom, and I saw a lot of craziness. Then he went off to jail. So, I never got to really, you know develop like a relationship with him before he passed away,” Paak said. He revealed that he “put everything into music” as a result.

.Paak also shared how his wife and kids keep him grounded now. “I’ve got two boys, and my boy is smarter, faster, stronger and he sees everything I do. I can’t fool him. You know what I’m saying? Like I can’t fool my wife, and I can’t fool my 8-year-old son,” he said. “He keeps me super honest.”

The hip-hop musician is set to headline Madison Square Garden in New York City on May 30th and will tour throughout North America until August 16th.