Home Music News Song You Need to Know: King Diamond’s ‘Masquerade of Madness’ Is a... 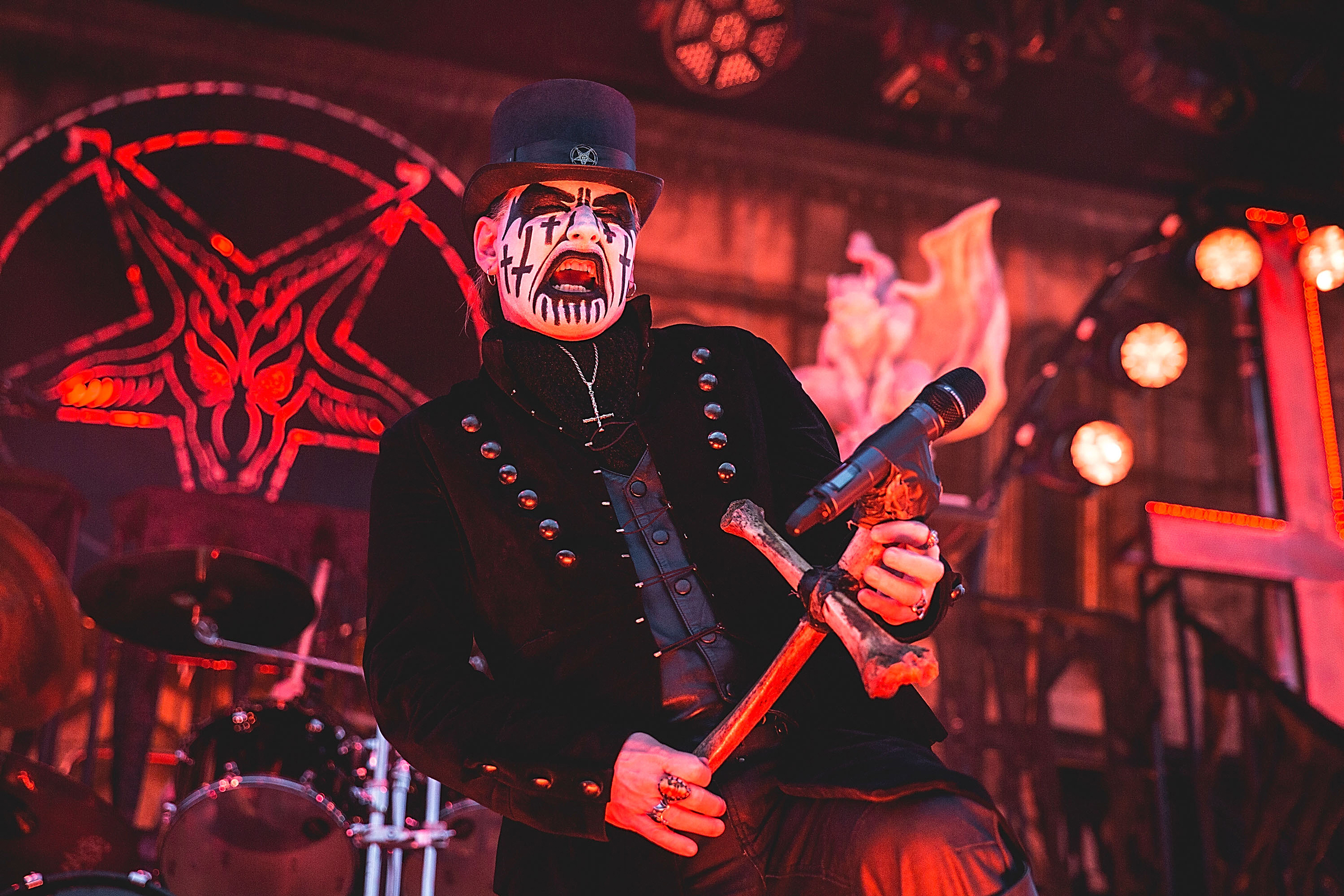 It’s been 12 years since everybody’s favorite corpse-painted Danish vampire, King Diamond, last rose from his crypt with new music and nine since a series of heart attacks sidelined him from touring for a few years. Now that he’s gotten some fresh blood and regained his sea legs, he’s back to his old shrieky self and has recorded a new ripper, “Masquerade of Madness,” which will appear on his new LP, The Institute, due next year.

The track has all the hallmarks of Classic King Diamond: plodding riffs (you know, in a good way), gothic synth lines, an acrobatic Andy LaRocque solo, a chorus with perfectly concise lyrics (“Masquerade of madness/masquerade of sadness”), and, of course, King’s ceiling-scratching screeches. The single’s cover art shows a young woman (“a girl in misery,” as King growls), ostensibly in an insane asylum, wearing some kind of iron mask that — dramatic pause — somehow perfectly accommodates her pigtails. Diehard Diamond fans know that the art will somehow tie into a lofty concept-album plot about a tortured young woman whom, we hope, will get her revenge, but for now it just adds to the eeriness (and the campiness) of it all.

After all, the balance of camp and meaty riffs has always been the secret to a good King Diamond record. Ever since his first band, Mercyful Fate, split in the mid-Eighties, King has been at his best with songs like “Halloween” and “Black Horsemen,” which he sang with a forked-tongue in cheek. His last few records were a little too goofy (the cover art and title for his last album, 2007’s Give Me Your Soul … Please were way too over-the-top) but “Masquerade of Madness” is just crazy enough to make you want to suspend disbelief. Whether it was his health issues or the fact that he has realized he’s now 63 years undead and needs to put himself back out there, King Diamond has set up The Institute properly with “Masquerade of Madness” as a potentially fierce comeback album. Long live the King!

Find a playlist of all of our recent Songs You Need to Know selections on Spotify.