Home Music News Take a Trip Inside Courtney Barnett’s Brain in New Video For ‘Everybody... 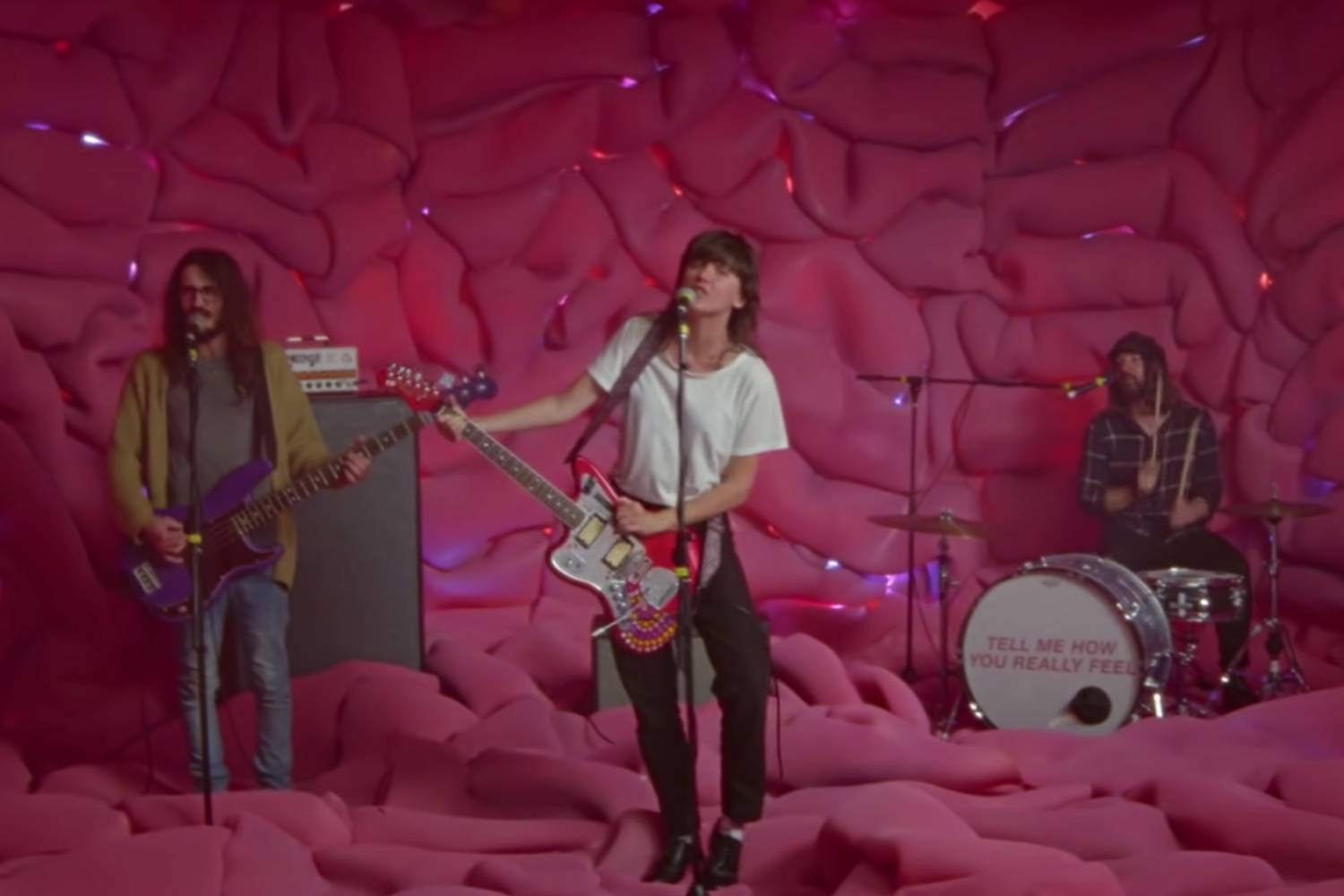 Courtney Barnett gets introspective in her new video for “Everybody Here Hates You.” Beginning with the self-deprecating lyrics “I feel stupid, I feel useless, I feel insane,” the high-concept, surreal clip is the perfect backdrop for the single.

Directed by Barnett’s longtime collaborator Danny Cohen, the video features the Australian singer-songwriter and her band performing the song inside her brain. “You say ‘It’s only in your head/They’re probably thinking the same thing’” she sings, strumming on her guitar while standing on her fuschia lobes. Bassist Bones Sloane and drummer Dave Mudie share a private moment outside the scene in a white abyss, waving to each other before returning to the beat. As all three musicians chant “We’re gonna tell everyone it’s okay,” Barnett smiles as she sings, believing it herself.

Recorded at the end of last year while on break during her Tell Me How You Really Feel tour, “Everybody Here Hates You” was recently released as an exclusive 12-inch single on Record Store Day. Barnett kicks off a world tour on May 16th in Athens, Greece, spending the summer at U.S. festivals before she heads off to Europe in August.