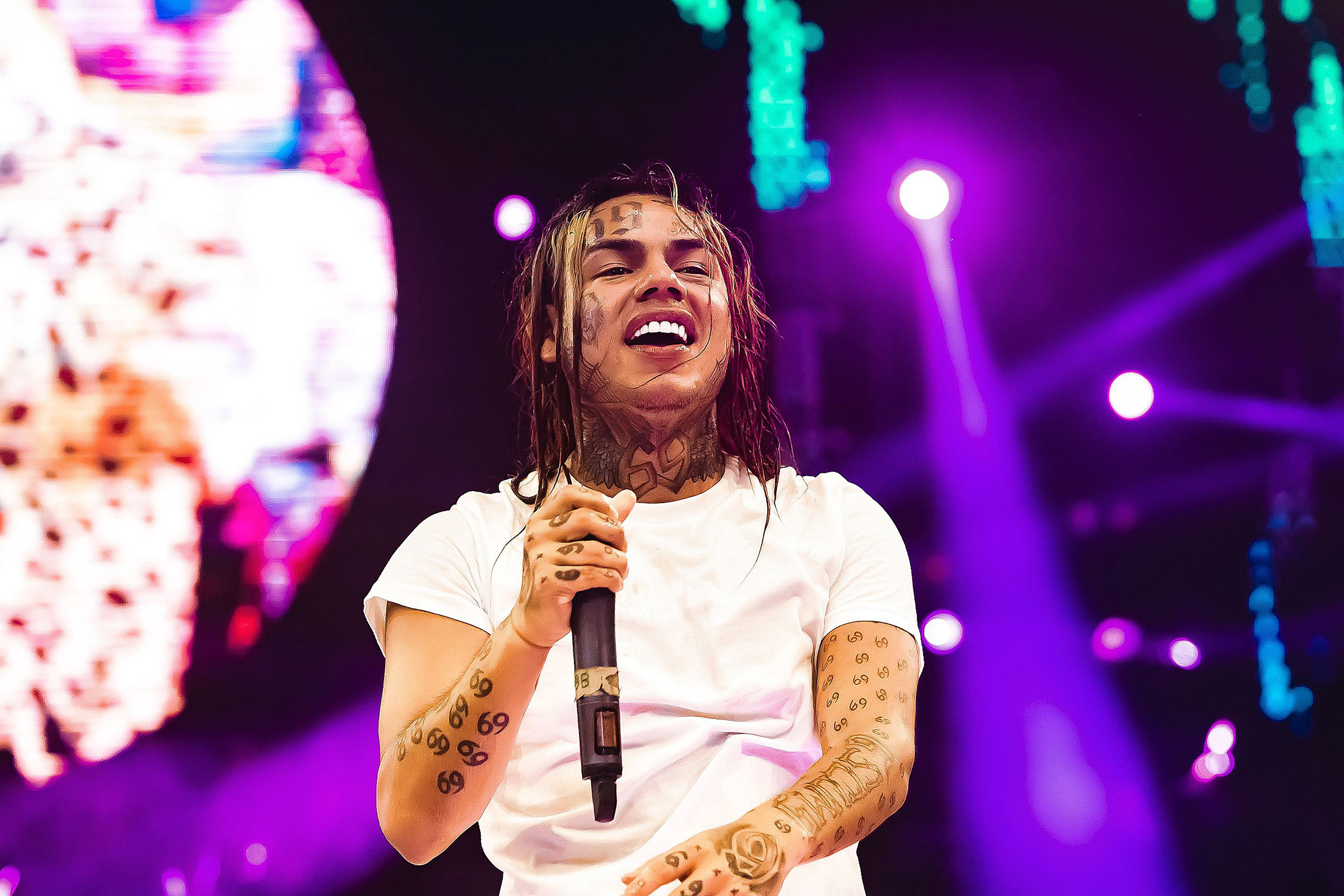 Tekashi 6ix9ine has signed a new record deal with his old label 10K Projects. The rapper is currently awaiting sentencing after pleading guilty to racketeering and firearms charges, and previously plead guilty to child-sex charges.

Rolling Stone has learned that the label signed the rapper to a two-album deal, one album in English and the other in Spanish. It’s unclear how much of the albums will pull from prerecorded material versus newly recorded work.

A representative for 10K Projects did not immediately return Rolling Stone’s request for comment.

6ix9ine first signed with 10K Projects — which is run by Elliot Grainge, the son of Universal Music Group CEO Lucian Grainge — in 2017 after he featured on Trippie Redd’s viral hit “Poles1469.” In 2018, 6ix9ine released two projects, his debut mixtape, Day69, which featured his breakout smash “Gummo,” and his first studio album, Dummy Boy.

While 6ix9ine boasts a massive and devoted fan base online, the decision to record an album entirely in Spanish reflects the rapper’s popularity among Latin audiences. 6ix9ine has recorded just two songs in Spanish, “Bebe” and “Mala,” but the former has more than 900 million views on Youtube.

Despite re-upping with 10K Projects, it’s unclear when 6ix9ine will be able to record and release new music. He’s been in custody since his arrest last November and won’t be sentenced until December 18th (per Pitchfork).

While 6ix9ine was originally facing a mandatory minimum of 47 years, it’s possible the judge will reduce his sentence after he cooperated with the prosecution and testified at the trial of two former associates and purported members of the Nine Trey Gangsta Bloods (both were found guilty).