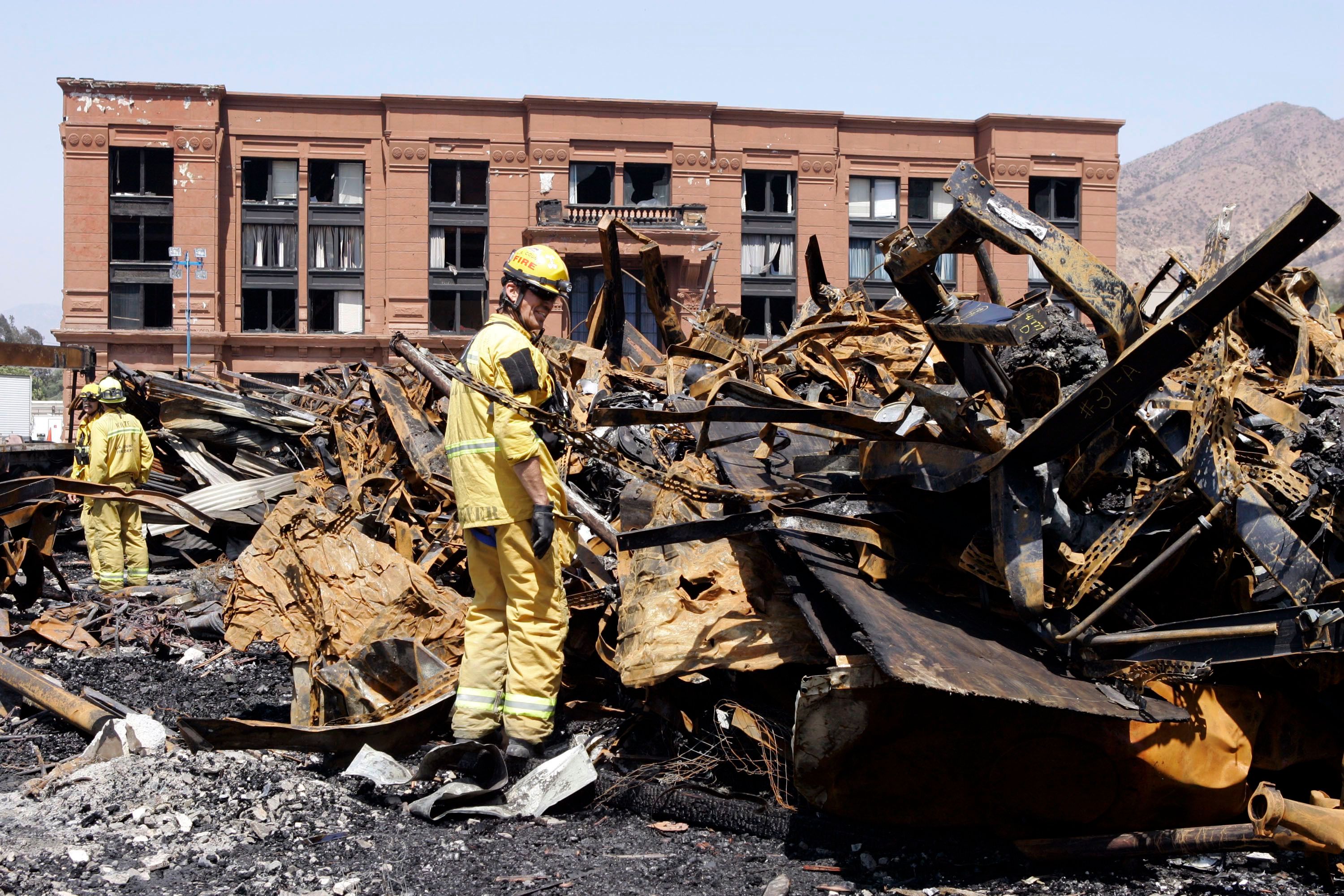 Original master tapes and other recordings belonging to 19 artists, including Elton John, Nirvana, Sheryl Crow, Soundgarden, Beck and R.E.M., were lost or damaged in a 2008 fire at a Universal Music Group vault, according to new legal documents obtained by Rolling Stone.

The revelation appeared in a new filing in the ongoing class action lawsuit against UMG on behalf of artists seeking damages related to the fire. It marks the first public confirmation of specific artists who lost recordings in the fire following a New York Times Magazine report last year that detailed the potential extent of the damages. The list also includes …And You Will Know Us by the Trail of Dead, Bryan Adams, David Baerwald, Jimmy Eat World, Les Paul, Peter Frampton, Michael McDonald, Slayer, Sonic Youth, Suzanne Vega, Surfaris, White Zombie and Y&T.

The filing itself pertains to disputes over discovery in the class action suit, with lawyers for the artists seeking to obtain a complete list of damaged recordings. Lawyers for the artists cited a document that UMG filed back when it was quietly pursuing litigation and insurance claims after the fire that included “17,000 unique artist names on the list of purportedly lost original music recordings.” UMG, in turn, said that list merely “identified myriad potentially lost assets,” including materials that aren’t original master recordings. The label did, however, name 19 artists whose material was either damaged or destroyed in the fire.

In a statement, Howard King, one of the lawyers for the artists behind the class action suit, said, “Universal claimed 17,000 artists were affected by the fire when they were suing for damages. Now that they face a lawsuit by their artists, they claim a mere 19 artists were affected. This discrepancy is inexplicable.”

Though the new filing doesn’t mention any specific recordings, it does confirm that “certain original master recordings” belonging to Beck, Adams, John, Y&T and Nirvana were “affected” by the fire. In the case of Adams, Nirvana, Y&T and Beck, UMG stated that it had replacements and/or safety copies for all the affected recordings. (While safety copies of master tapes are crucial failsafes should the original be destroyed, the audio quality of the back-up will never match the original, effectively limiting the scope of any remastering project). As for back-ups of recordings belonging to John, the filing stated that “UMG is still working with the artist to determine the extent of such impact.”

…And You Will Know Us by the Trail of Dead and singer-songwriter David Baerwald both had “certain analog tapes” that could’ve been master recordings damaged or destroyed, but UMG said it had back-ups for the Trail of Dead recordings and replacements for all the Baerwald ones. Other affected recordings included: an R.E.M. “reel marked ‘flat’” from a song on a soundtrack, though UMG said it had copies; “certain original flat mixes” from Sheryl Crow, though UMG also said it had replacements; and “certain multitrack drum work tapes” from Michael McDonald, with no mention of any back-ups.

UMG said that certain assets belonging to Suzanne Vega and Surfaris were affected, though it was unclear whether these were master tapes or other recordings; in either case, the label said it had replacements. And lastly, UMG reiterated that it had previously informed Soundgarden in 2015 that it had lost some stereo masters related to Badmotorfinger in the fire.