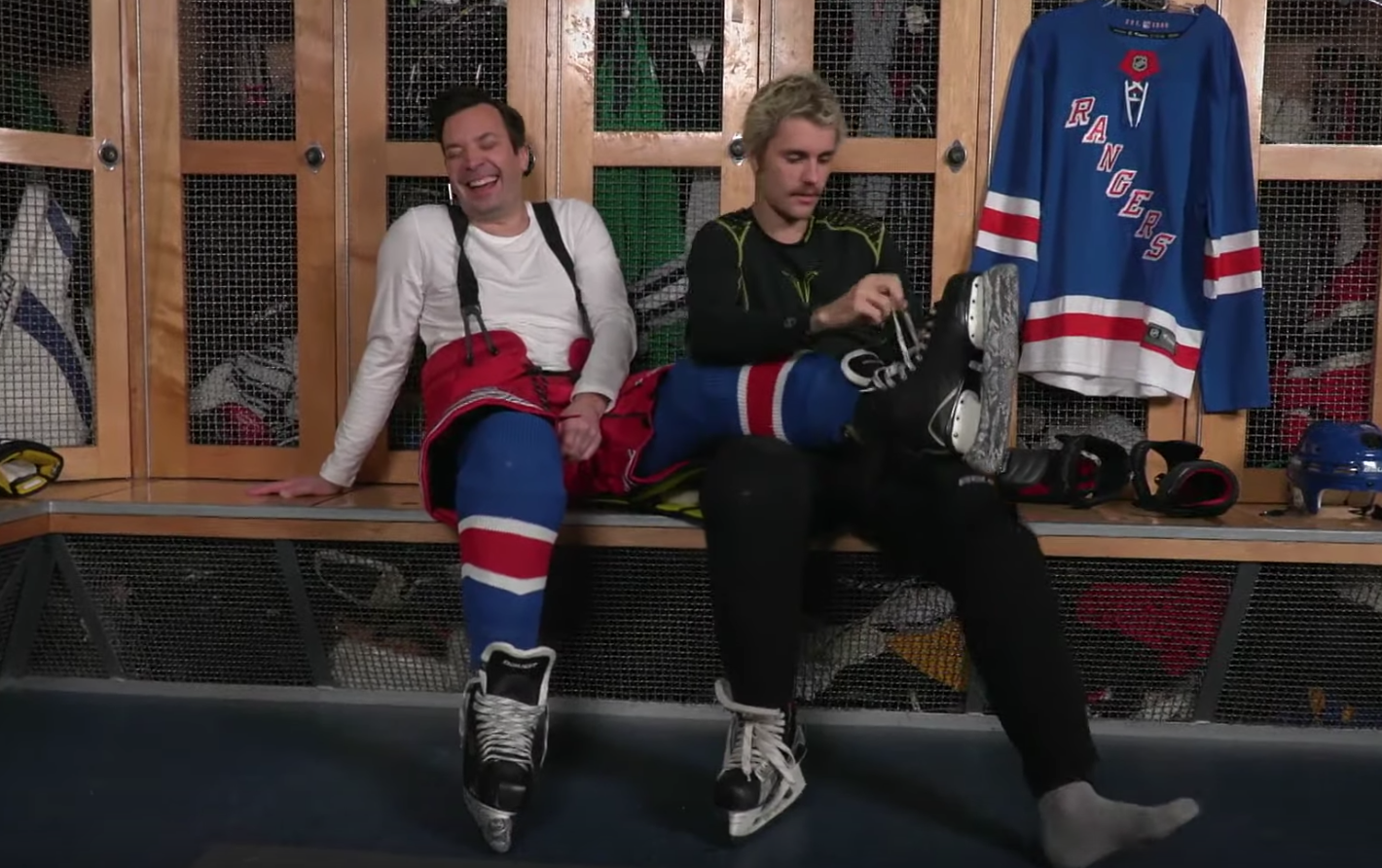 In honor of Justin Bieber’s new album, The Tonight Show host Jimmy Fallon invited the Canadian pop star to an ice rink to help learn about hockey. In the clip, the pair head to the locker room to get geared up before skating into the ice.

“Who’s your favorite hockey player?” Fallon asks. “Probably Alexander Nordique,” Bieber replies before admitting, “I just made him up. He’s not really a player.” Once they get onto the rink things start to go south. Fallon can’t stay on his feet and Bieber and ends up dragging him across the ice. “Just pull me,” Fallon says, defeated, while Bieber grins. The segment ends with a shootout, where each player tries to make five goals (spoiler alert: Bieber wins).

Bieber’s fifth album, Changes, is out today via RBMG/Def Jam Recordings. The singer has dropped several tracks ahead of the release, including singles  “Intentions,” which features Quavo, and “Yummy.” Tickets for his upcoming Changes Tour, which features special guests Kehlani and Jaden Smith, are on sale to the public today at noon local time.

Next week Bieber will appear on The Late Late Show with his third installment of “Carpool Karaoke” with host James Corden. He is also slated to perform at the 2020 iHeart Awards, airing March 29th on FOX.