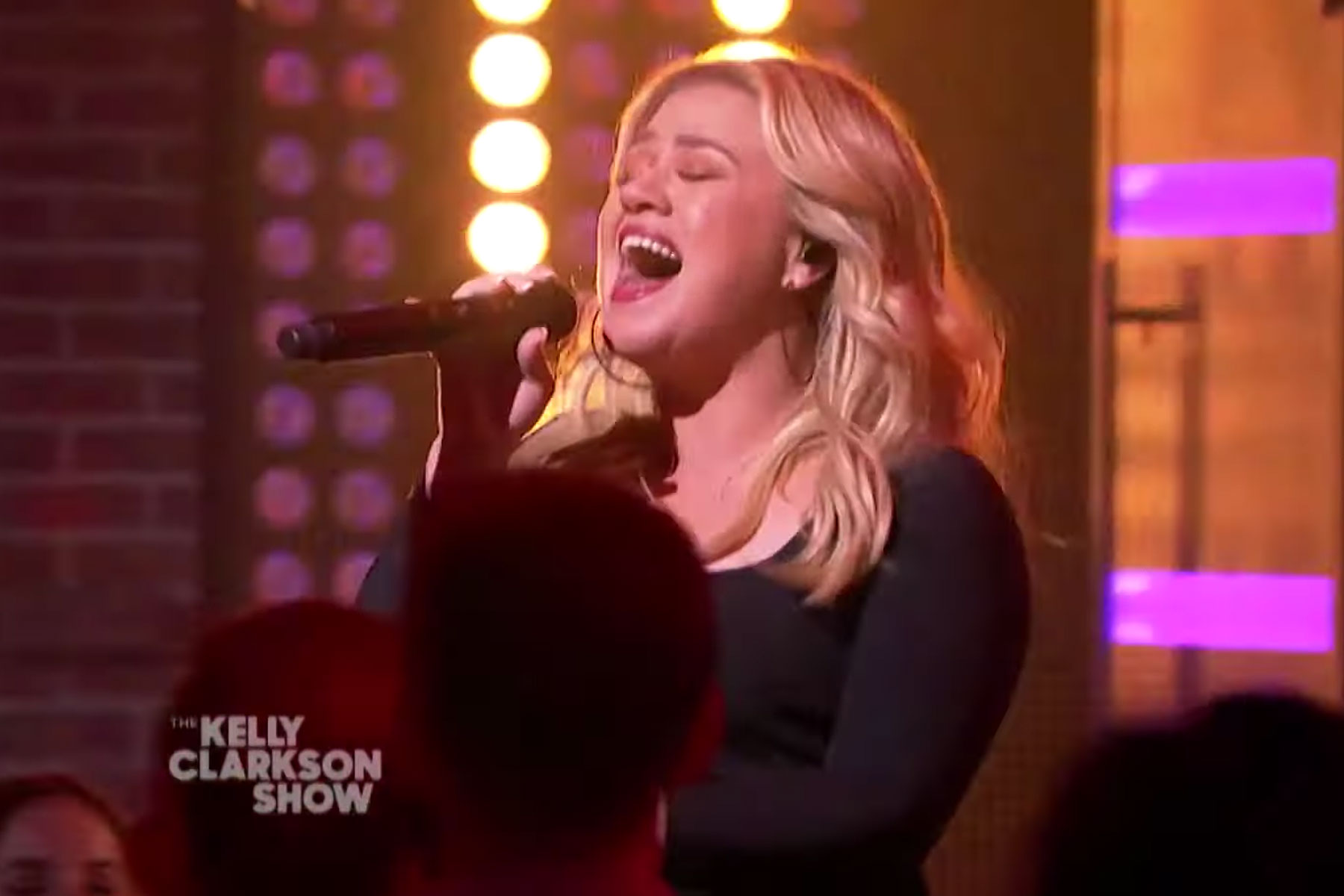 Kelly Clarkson’s aptly-named new talk show, The Kelly Clarkson Show, premiered this week on NBC. And in “Kellyoke,” a segment in which Clarkson covers some of her favorite songs, she led with a rendition of Lady Gaga’s “Bad Romance.” Much like Ellen Degeneres’ dance segments on her own talk show, Clarkson strolled down the aisle in the sound studio, getting the audience up on their feet and clapping to the rhythm.

Clarkson also joined artists like Martina McBride in speaking out against the lack of women on country music radio. “Y’all don’t play people with boobs either, [but] it’s fine,” she said. “‘Oh you got boobs, you’re not a man, get out of here.’ What happened? Do you want me to go off on how many women were so monumental in my [career]?…What is happening in country music? This is what’s happening. Y’all aren’t playing country music anymore.”

Clarkson recently voiced the lead character in the film UglyDolls, released this past May, and recorded the song “Broken and Beautiful” for the soundtrack.