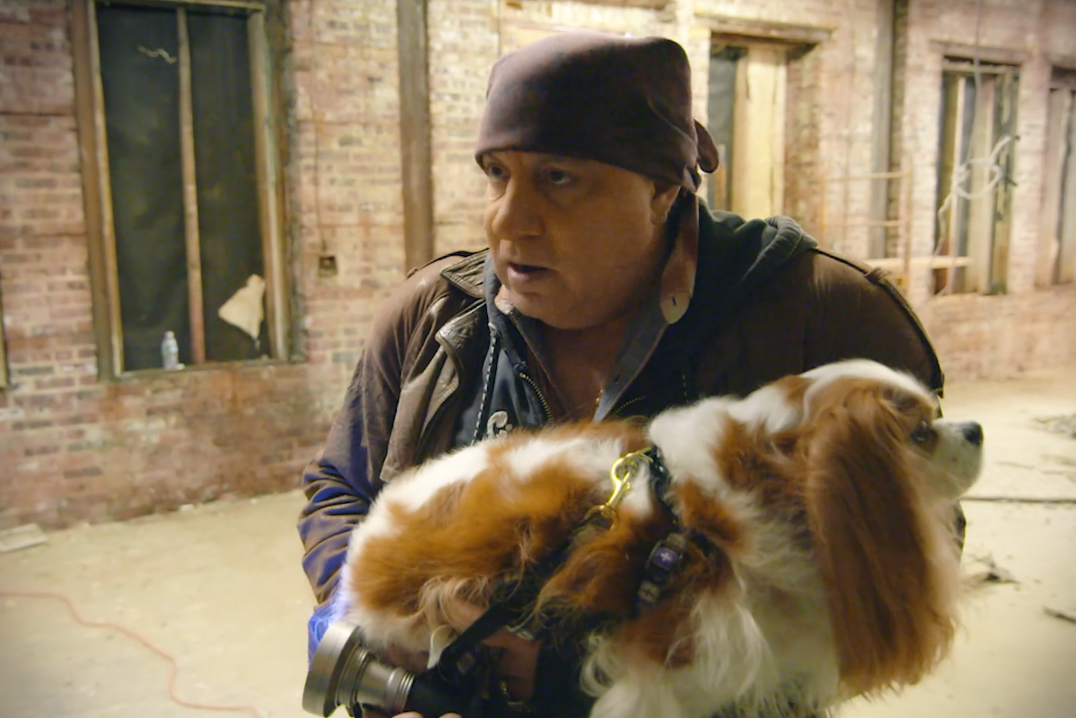 Before Bruce Springsteen was playing his home state’s Giants Stadium, he played the Upstage, an after-hours spot located above a shoe store in New Jersey’s Asbury Park. Late at night, after acts had played sets along the beach town’s boardwalk, they would head upstairs to the Upstage for jams that could last until daylight.

The Upstage is featured in the new documentary Asbury Park: Riot, Redemption, Rock ‘n’ Roll, which is directed by Tom Jones and in select theaters May 22nd. It tells the story of how a musical revolution – with a sound that mixed rock & roll, R&B and soul music – came out of a troubled community.

In this clip from the film, Steve Van Zandt (and his dog) returns to the Upstage and reflects on how the club worked: “If you were really good … then you ran the jam upstairs,” he says. “If you jammed all night, you got paid five dollars. If you ran a jam – and only a few of us who could run a jam – then you got fifteen dollars. And that was big money.

We also see another veteran of that time: Stormin Norman Seldin, who remembers what seeing Springsteen (who also appears in the film) was like at the Upstage.  “I remember Bruce liked to finish the night with a tune by Ten Years After called ‘I’m Going Home,’” Seldin says. “Thirty minutes later, he finally went home!”