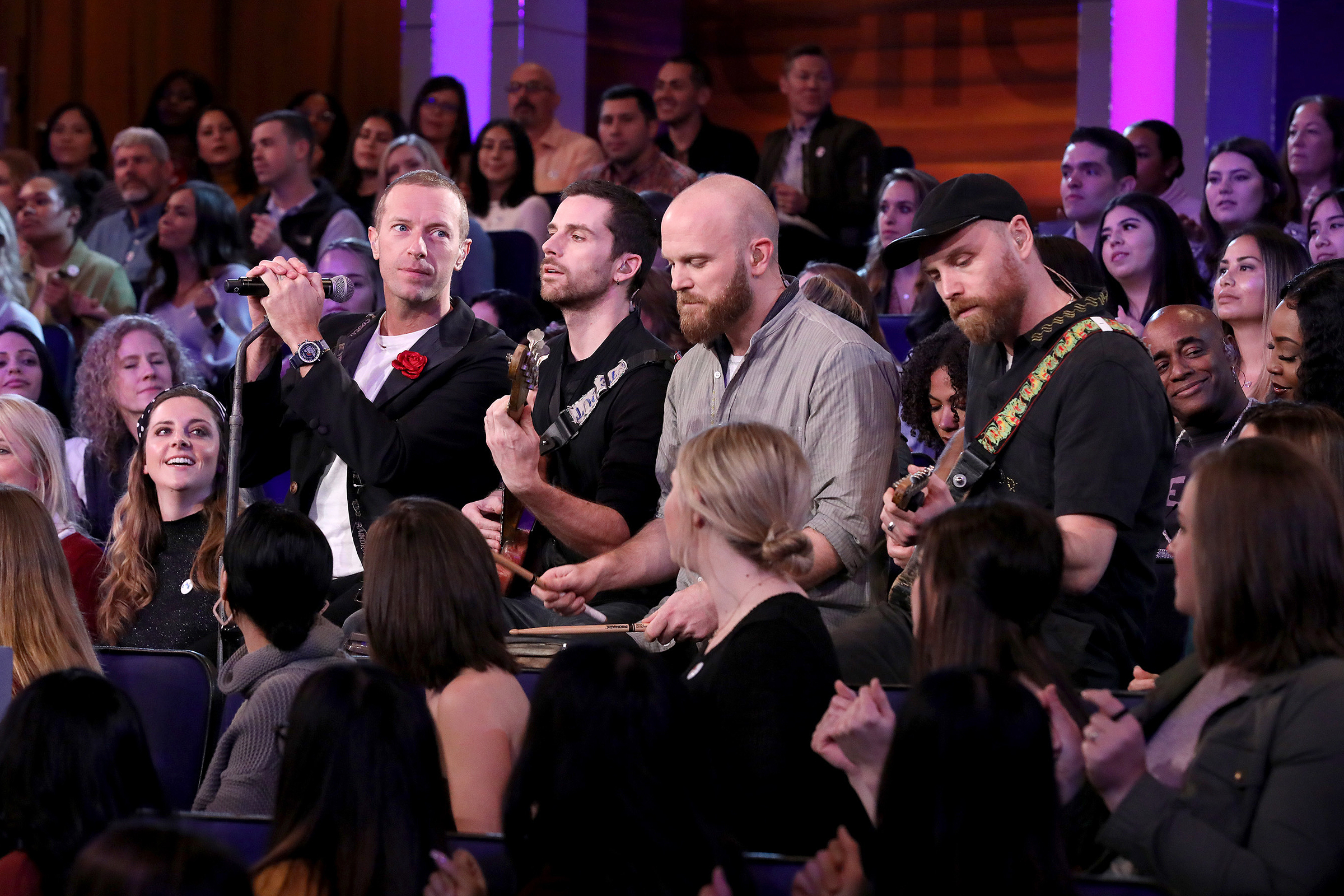 Coldplay literally took their concert into the crowd for a rendition of their new song “Cry, Cry, Cry” on The Ellen DeGeneres show Wednesday.

The performance found the band sitting in the Ellen audience, playing a stripped-down version of the uplifting soul tune. Soon, however, a quartet of background singers popped up behind Coldplay to add harmonies, while, by the end of the song, the entire audience was up on its feet, snapping and swaying.

“Cry, Cry, Cry” appears on Coldplay’s most recent album, Everyday Life, which was released last November and marked the band’s first since 2015’s A Head Full of Dreams. In an extensive interview with Rolling Stone about the new LP, frontman Chris Martin said, “[W]e had to grow a bit of balls to be able to do this one. It’s the first time we really said what we think about some things. And it’s trying to be empathetic and it’s a bit unfiltered. It’s completely unfiltered. It’s very raw and pure.”

Upon the release of Everyday Life, Coldplay announced they had no plans to tour behind the record at the moment because they wanted to make sure their next trek was carbon neutral. “We’re taking time over the next year or two to work out how our tour can not only be sustainable [but] how can it be actively beneficial,” Martin told the BBC.

The band does have one upcoming show on the books: January 21st at the Hollywood Palladium in Los Angeles as part of the Citi Sound Vault series ahead of the 2020 Grammys.