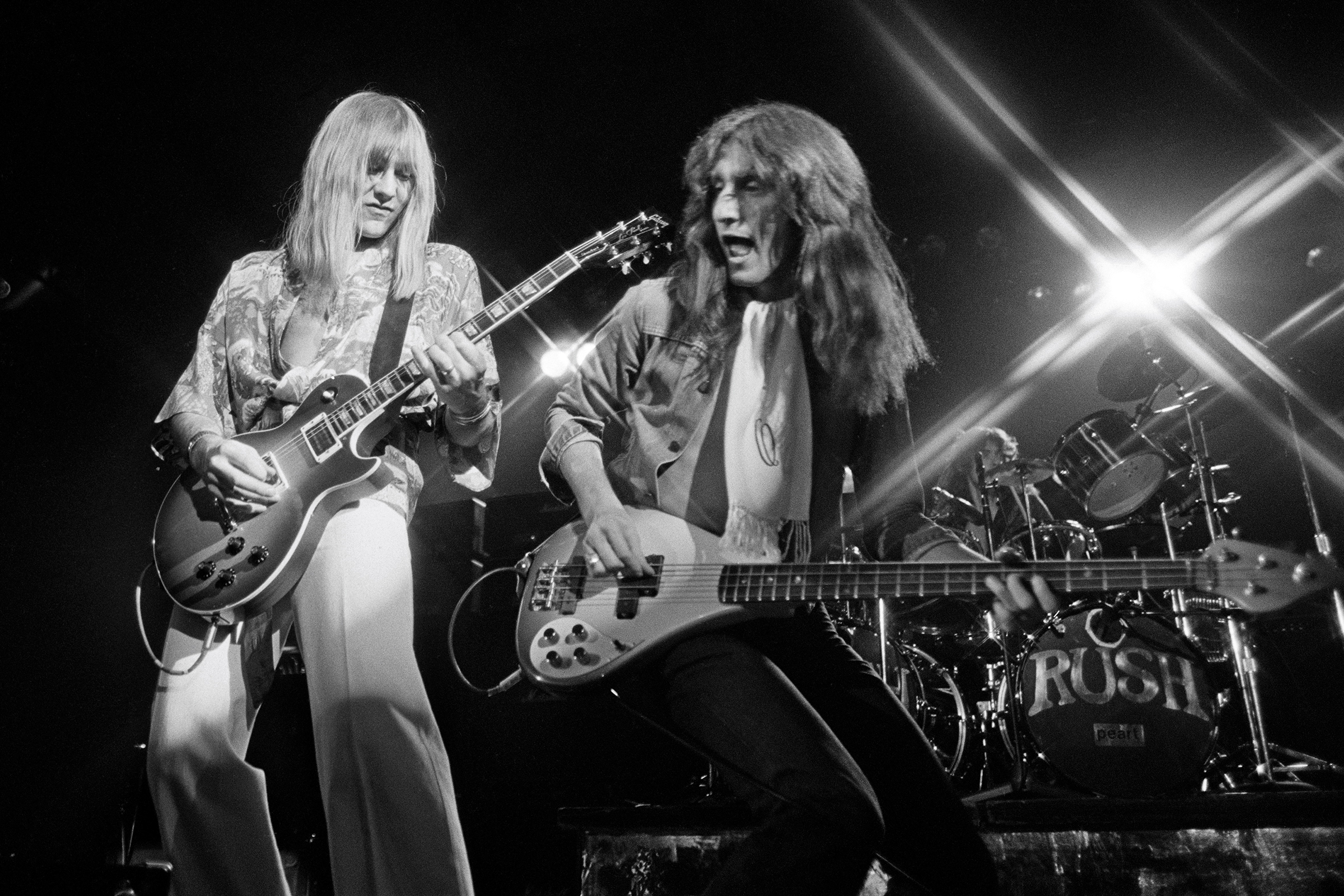 In 1976, Rush practically lived on the road. Two years prior, the Canadian band had replaced their first drummer, John Rutsey, with Neil Peart, and they were hitting their stride as a touring band. “We were doing over 200 shows a year, probably in excess of that,” bassist-singer Geddy Lee told Rolling Stone of the era. “We didn’t take much time off. We did back-to-back-to-back-to-back shows. At one point, I remember someone counted that we did 17 one-nighters in a row, 17 different cities.”

On December 10th of that year, the band played at the Capitol Theater in Passaic, New Jersey — a venue that hosted many of rock’s biggest names: Fleetwood Mac, the Grateful Dead, Linda Ronstadt, Lou Reed, and others. They performed the entire first side of their new prog-rock masterpiece, 2112, an album that essentially saved their careers. Before that, sales had been low, and Mercury Records had considered dropping them. “It wasn’t getting much airplay, obviously,” Lee said of 2112. “But you could tell there was a buzz amongst fans when we played it. We were feeling very optimistic.”

After concluding the 20-minute suite that kicks off the album, they charged into the title track to 1975’s Fly By Night, an album released 45 years ago this week. In the clip above, Alex Lifeson plays the opening guitar riff as Lee claps his hands and joins in on bass. His voice is peak Lee, rising to a piercing shriek as he pours out emotional lines about escaping and improving life for the better: “No fright or hindsight/Leaving behind that empty feeling inside.” The video ends with a transition into “In the Mood” from their self-titled debut.

With an opening track named after Ayn Rand’s 1938 novella Anthem, Fly by Night was the first Rush album to feature lyrics from Peart. “We worked on songs as we traveled,” Peart recalled in the 2010 documentary Rush: Beyond the Lighted Stage. “My little hand-written lyric sheets for the time, I think I wrote the cities that all of those songs were written, and they varied widely — all over the map. In a rental car, in a hotel room after a show, that’s how pretty much Fly by Night was written.”

“By-Tor & the Snow Dog,” a track with eight distinct sections, marked the first time Rush took on a lengthy, intricate piece with fantastical lyrics. Other songs on the record, like “Best I Can,” stuck to a more standard rock formula — pairing Alex Lifeson’s incisive riffs with anthemic choruses.

Rush performed “Fly by Night” for the final time in 1978, but it’s videos like this that exhibit how powerful the track was onstage. “Oh, wow. I remember that gig,” Lee told RS of the December 1976 show. “Capitol Theater. I used to love the theater gigs. I remember they had a very good caterer at that particular venue. You remember gigs sometimes by what you ate before you went on.”