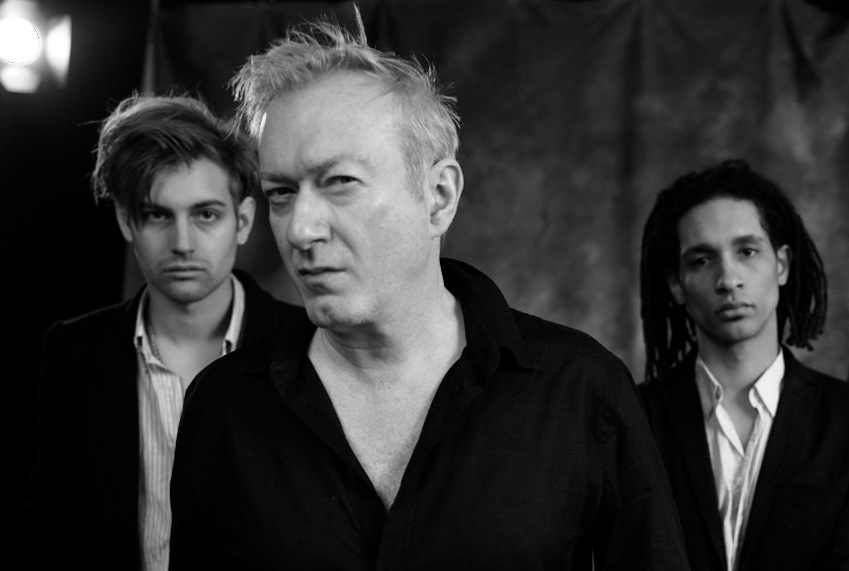 Just prior to Gang of Four guitarist Andy Gill’s death on February 1st, the post-punk pioneer okayed the final mixes – from his hospital bed – on a trio of rerecorded Gang of Four tracks that the band’s latest incarnation had been working on in recent months. Three weeks later, Gill’s widow Catherine, along with the remaining members of Gang of Four’s current lineup, will pay tribute to the late guitarist with a three-song EP showcasing the final pieces of music he completed before his “shocking” death.

“We had the full faith that [Gill] would recover and get to see this come out, so that was part of the reason we decided we needed to do this,” Gang of Four vocalist John Sterry tells Rolling Stone.  “It’s been a crappy couple of weeks, but at least we have some stuff to focus on, which is good; it’s been a welcome distraction. But it’s sad. We weren’t expecting it.”

“It would be wrong to speak of Andy’s dying wishes because he didn’t know he was dying, but his wishes were clear,” Catherine Gill said in a statement. “From his hospital bed, he continued to plan future tours and to give final notes on mixes of music that he looked forward to releasing. Since his death, I have been working with the band to honor his wishes.”

With a studio engineer by his bedside, Gill signed off on the final mixes of the reworked Gang of Four tracks that feature on This Heaven Gives Me Migraine EP; the three-song collection takes its title from “Natural’s Not In It,” a revered track off the band’s 1979 masterpiece Entertainment!, as well as one of the songs rerecorded by the new lineup for the new EP.

The other tracks are a fresh take on “Toreador” off 2019’s Happy Now that captures the song’s live spirit, and a new version of “The Dying Rays,” which Rolling Stone is premiering ahead of This Heaven Gives Me Migraine’s February 23rd release. On the remixed version of the song, Sterry handles vocals in place of German crooner Herbert Grönemeyer, who sang on the version that initially appeared on 2015’s What Happens Next.

“I loved the song from the moment I heard it,” Sterry says. “I think the subject matter, maybe at the time, suited an older voice, and I think that’s what Andy wanted. He wanted to get Herbert on there because it’s such a random, Gang of Four thing to do; to get an old crooner to sing a song, no one would expect that. We tried it a few times and I really enjoyed singing it. I felt that I was bringing something completely different to it. Not necessarily better, but a different angle. In the way I sing it, it changes the song somewhat, maybe even changes the meaning a little bit.”

Sterry adds, “After what happened with Andy, it seemed even more poignant and pertinent than ever before.”

“There have been so many tributes to Andy as a creator and as a breaker—of rules, new ground, guitars,” Catherine Gill says of the new rendition. “‘The Dying Rays‘ … shows the fuller picture of a man who also thought and felt deeply and whose loss is not just to music but to all of us who loved him.”

As for “Natural’s Not In It,” Sterry – who joined Gang of Four in 2011 – said he didn’t feel pressure taking on one of the more storied songs from the band’s catalog. “We’ve played that song so many times over the last few years, we did the Entertainment! anniversary shows in America and Australia, and that song’s always in the set, so it kind of felt like it was mine — not mine, but I felt like I knew the song so well that it didn’t feel like it was somebody else’s song,” Sterry says. “I’m very much aware of how the original sounded, but I’ve never tried to replicate what [original vocalist] Jon King did; there’s no point in that, I’m not Jon King. I sing it the way I sing it, and over time, I know that song so well it’s changed into something that’s close to me.”

Gill died at a London hospital February 1st following a bout with pneumonia, his manager would later confirm. Gang of Four had recently returned from holiday following a tour of Asia in late-November when Gill’s health suddenly “went downhill.”

“It was pretty shocking, to be honest,” Sterry said, noting that Gill didn’t discuss any health issues with him in the months prior to his death. “I had inklings but I didn’t really know how serious it was, and by the time I realized that it was almost too late to really say goodbye. But I was there in the hospital for the last few days. It was incredibly sad and incredibly quick.”

While This Heaven Gives Me Migraine marks Gill’s final recordings and the end of this iteration of Gang of Four — the guitarist was the lone founding member still involved in the band — Sterry said there have been talks about a possible tribute concert. As Red Hot Chili Peppers’ Flea hinted in his Instagram encomium for Gill, a Gang of Four tribute album was also in the works.

“[Gill] was listening to mixes and also planning tours,” Sterry said of Gill’s final days. “Whether he knew [the severity of his illness] or not, I think he thought, ‘What’s the point of dwelling on it? Let’s just work.’ For someone who was quite ill, he was so productive. He did more in the last few months than most people do in a decade.”