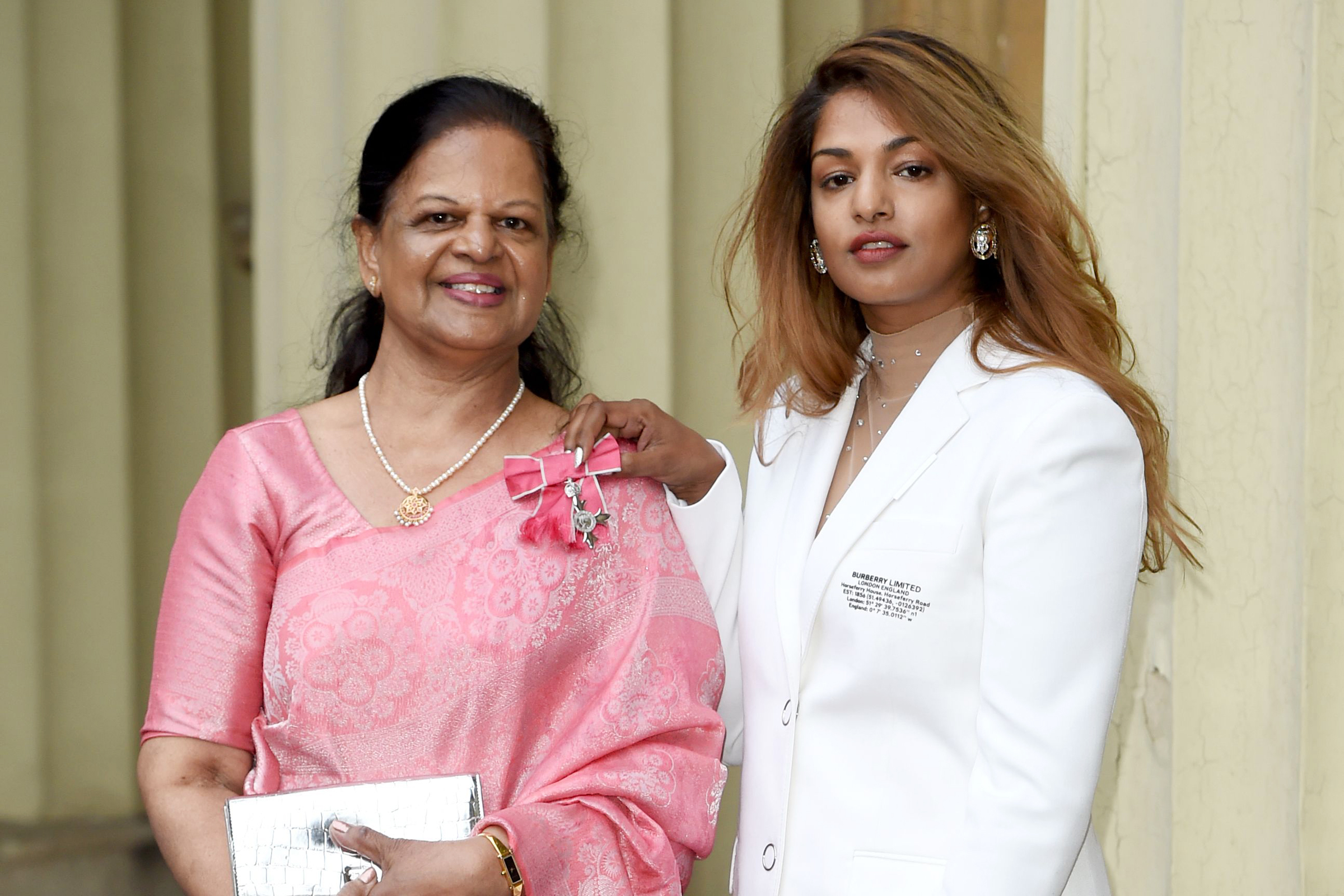 MIA received a MBE (Most Excellent Order of the British Empire) from Prince William at Buckingham Palace on Tuesday.

The rapper attended the ceremony with her mother, who she revealed last June was one of the women responsible for crafting the MBE medals every year.

“Having received this medal means so much on so many levels,” the British-Sri Lankan artist said in a statement. “My mother, a working class refugee who received asylum in England in the Eighties, along with my cousin, are the only two women responsible for hand-stitching these medals for the Palace.”

Her mother and cousin took the medal-stitching jobs in 1986 because, she says, it was the only non-English speaking manual labor they could find. “They held that position for 30 years. Today I’m accepting this in honor for my mother who worked for minimum wage to give us a better life.”

She continued, “As a working class first generation immigrant, it’s great to be recognized for my contribution. Having freedom to speak my truth and to do it through music has helped me speak for those who do not have those privileges. I will continue fight for those who are silenced or persecuted by others.”

Earlier this week, MIA stood outside Westminster Magistrates Court in support of Wikileaks founder Julian Assange during his court appearance. Speaking through a megaphone, she referenced her meeting with the Queen at Buckingham Palace and asked the crowd what they would like the two of them to discuss, to which bystanders responded, “Free Julian Assange!”