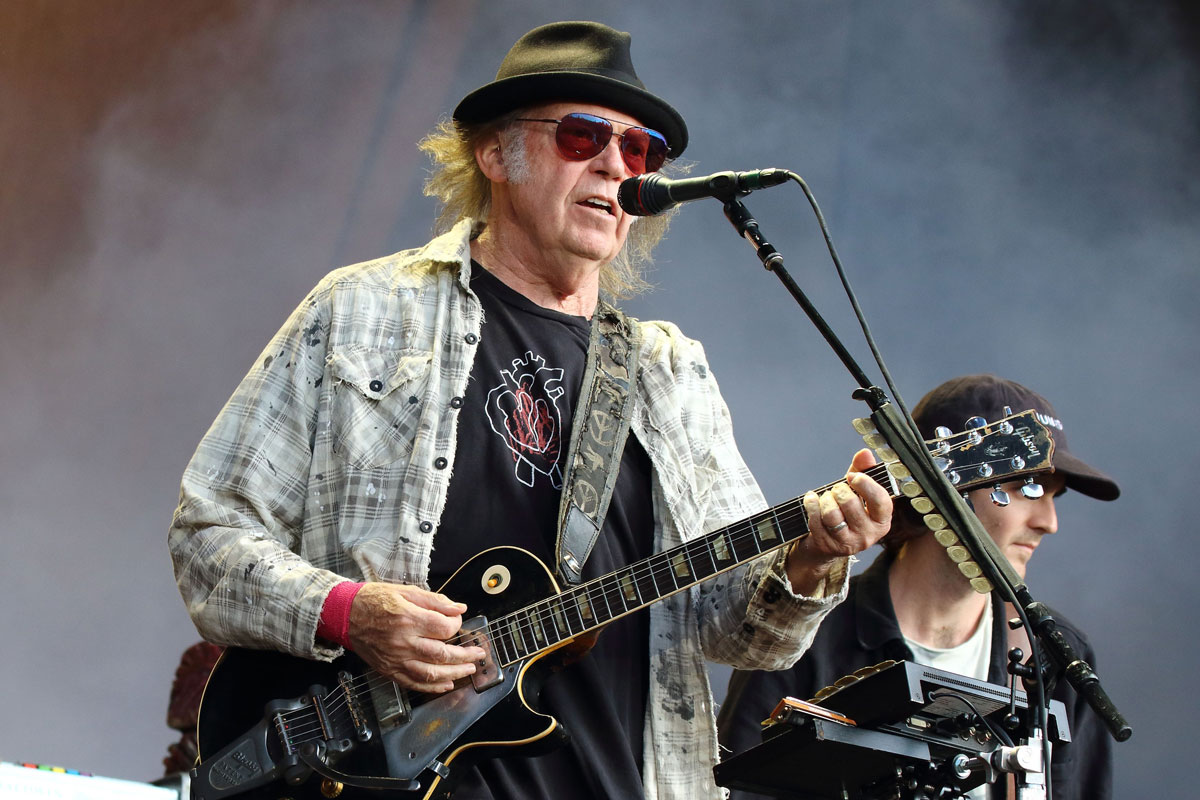 Neil Young has posted a second Fireside Sessions concert on his official Archives website. Like the first edition from last week, it was taped at the Telluride, Colorado, home he shares with his wife, actress Daryl Hannah. And like the first show, it’s packed with rarities from his extensive catalog.

The show begins outside in the show with Ian and Sylvia classic “Four Strong Winds,” which Young first covered on his 1978 LP Comes a Time. He then steps inside to play the After the Gold Rush ballad “Birds” on the piano before going into the bathroom to wash his hands. “Our sponsor, folks,” he says. “Water and soap. That’s what this is, a soap opera.”

The action then moves to the fireplace where he breaks out the title track to 1974’s On the Beach. He played it with Promise of the Real at a show in Belgium last summer, but it’s the first solo acoustic rendition since 2003 and only the fourth time he’s done it since 1975. It’s a devastating rendition where lyrics like “The world is turning/I hope it don’t turn away” have never felt so appropriate.

After demonstrating how he made a homemade harmonica holder, he performs the 1974 studio outtake “Homefires” and then the Harvest cut “Words.” This is quite possibly the first time he’s ever done the epic song without a band. He wraps up the night with “Love and Only Love” from Ragged Glory, another one he’s never done solo acoustic.

Young was originally going to tour with Crazy Horse this spring, but the coronavirus derailed those plans. Like many of his peers, he is using this time to perform for his fans via the internet. He has indicated the Fireside Sessions will be an ongoing series.