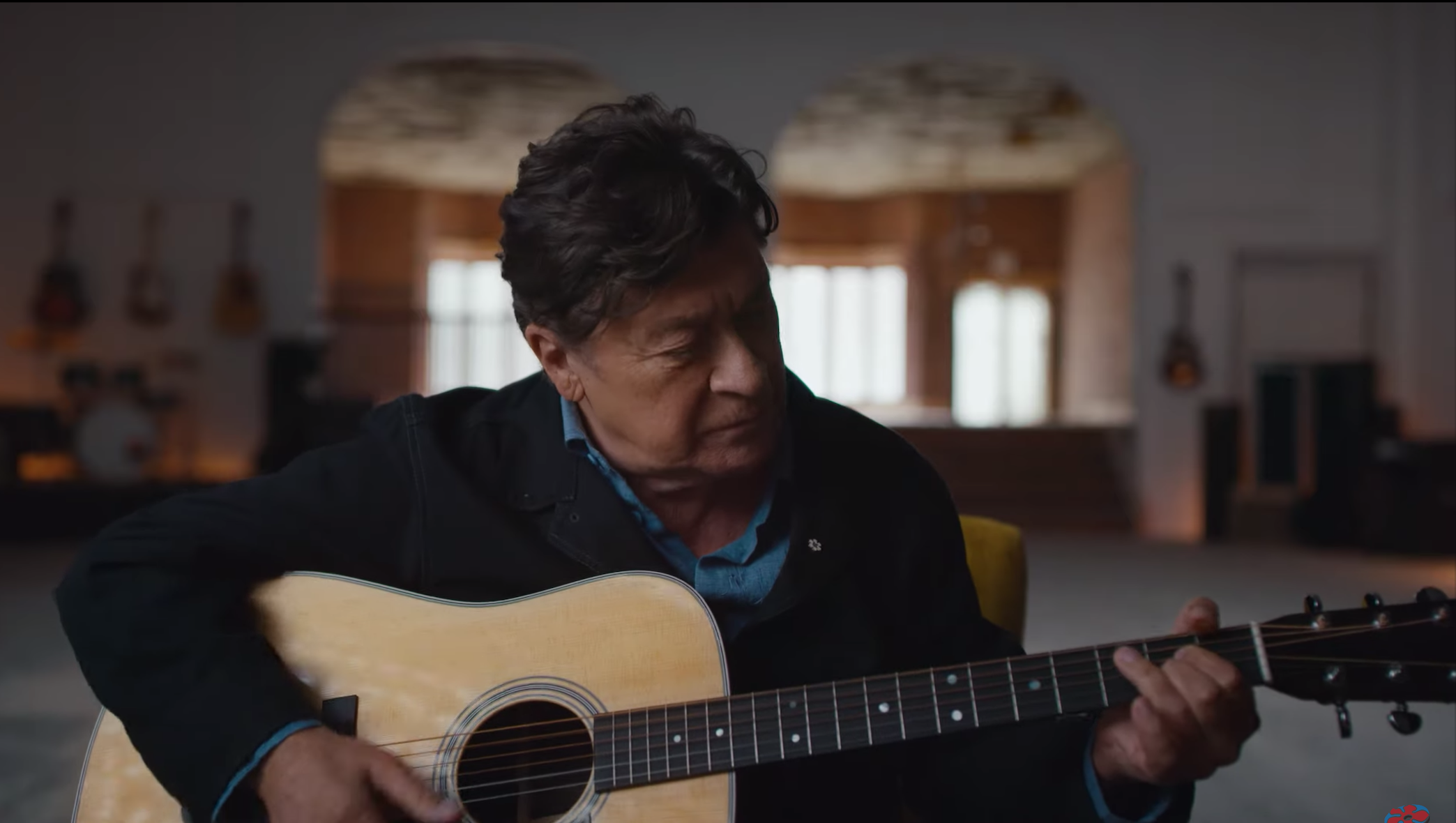 Robbie Robertson walks through the inspiration behind “The Weight” in a clip from the upcoming documentary, Once Were Brothers: Robbie Robertson and the Band, in theaters February 21st.

The clip, shared via Paste Magazine, features Robertson tracing the initial inspiration behind their 1968 classic to his Martin D-28. “On Martin guitars, it talks about where they’re made,” he states. “And they’re made in Nazareth, Pennsylvania.”

He starts singing the opening line (“I pulled into Nazareth…”) before recalling how he traveled from Canada to the Mississippi Delta at age 16. “Characters and circumstances all started to come back to me…and the whole thing just blended together.”

The authorized documentary — based on Robertson’s 2016 memoir Testimony —  details the Band’s wild history, from the moment they met Bob Dylan (“Boom! No rules!”) to their legendary Martin Scorsese-directed farewell concert The Last Waltz. Bruce Springsteen and Eric Clapton also appear.

Once Were Brothers premiered at last year’s Toronto International Film Festival prior to Scorsese, Ron Howard and Brian Glazer signing on to executive produce.

The documentary is just one of the many projects Robertson has worked on in the last year. He penned the score for Scorsese’s The Irishman, released his sixth solo LP Sinematic and reissued the Band’s self-titled second album for its 50th anniversary.