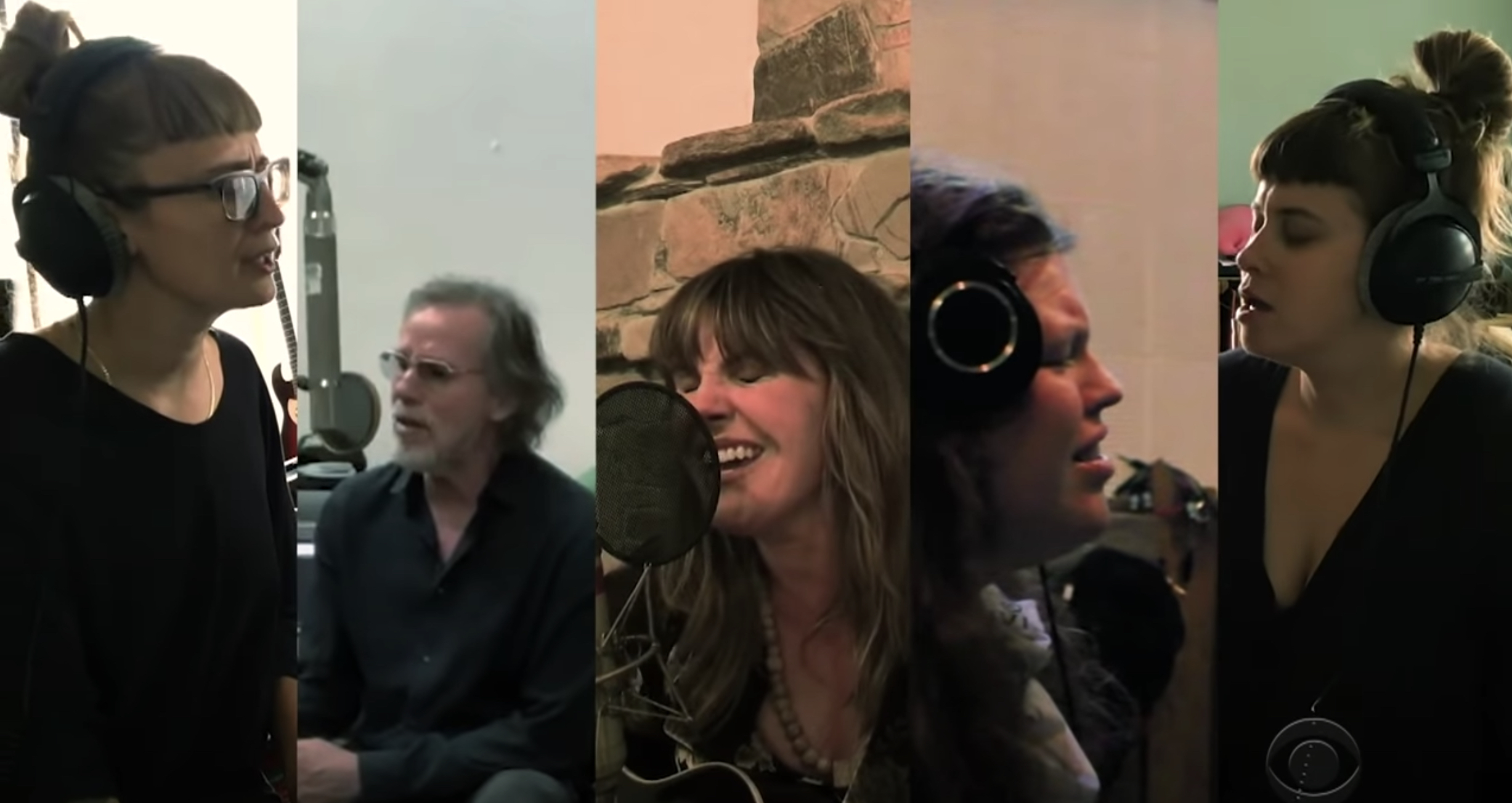 Grace Potter delivered an all-star rendition of her song “Eachother” for Friday’s Late Show, with the singer recruiting Jackson Browne, Lucius and Marcus King for the socially distanced performance.

Potter debuted the new single two weeks ago — her first new music since 2019’s Daylight — and recaptured the collaboration for late-night, kicking off “Eachother” solo before her guests entered the track one-by-one, with Marcus King handling the second verse and guitar solo, Browne singing the third verse and duo Lucius providing backing vocals throughout.

“The chorus of the song just kind of exploded out of my heart all at once. It was about five days into the quarantine, and I had just gotten off the phone with a friend who was having a really tough time with the isolation,” Potter previously said of the track in a statement.

“I was in our living room, watching my son & husband fixing our broken train set and found myself flooded with an overwhelming sense of gratitude & contentment. The onset of COVID-19 was a shock to humanity’s system and has brought on so many reality checks. We may not all be affected in the same ways, but we are all going through this pandemic together as a human race. It is incredibly humbling. It’s invited me to really take account of the things that matter most, which aren’t things at all…they’re people.”

In April, Potter took part in Rolling Stone’s In My Room series, where she performed “Shake It Off,” Daylight’s “Release” and a cover of David Bowie’s Labyrinth song “As the World Falls Down.” A week before the COVID-19 shutdown, the singer also attended Rolling Stone‘s Women Shaping the Future event.