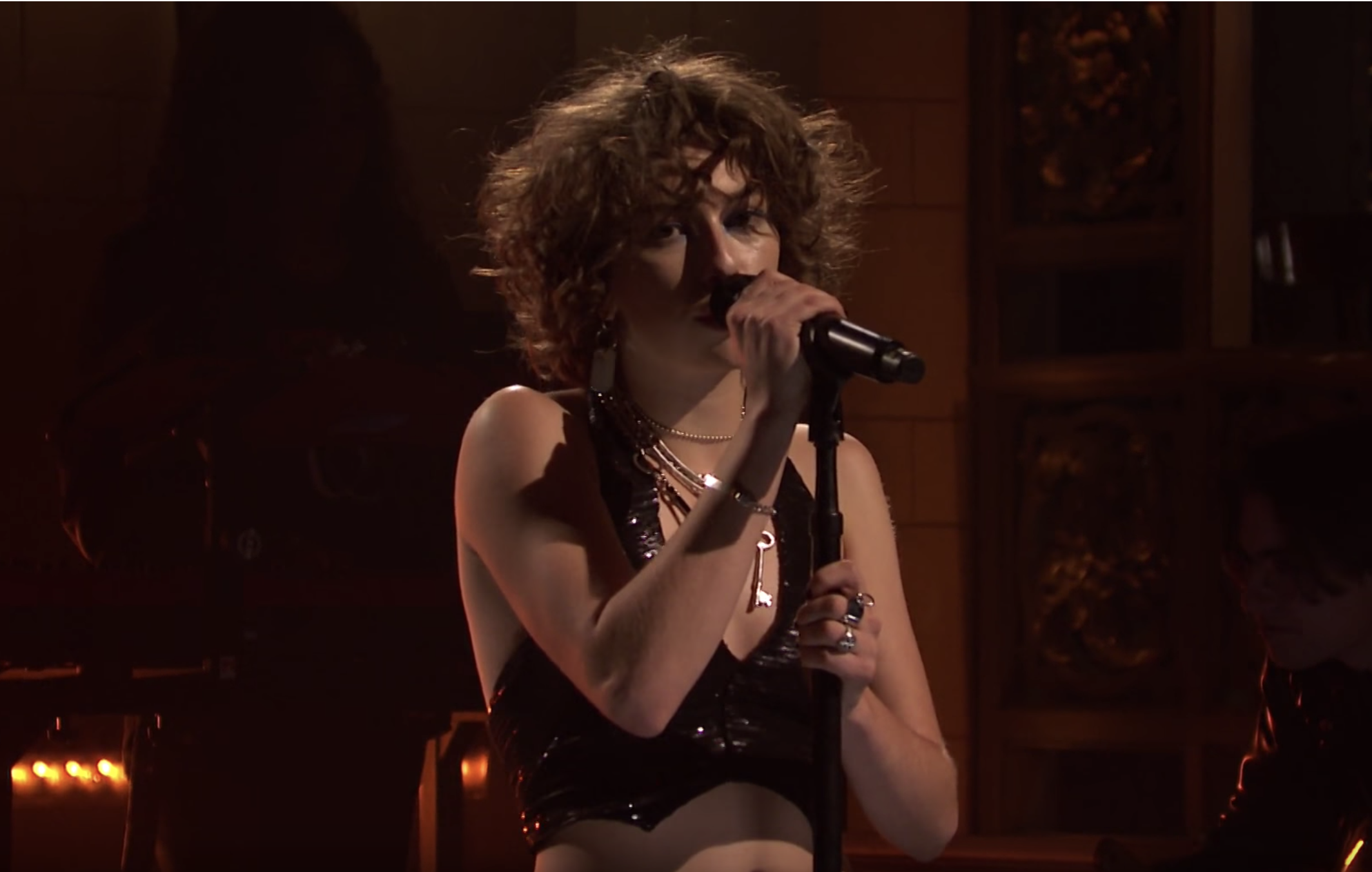 A month after releasing her debut album Cheap Queen, King Princess made her musical guest debut on the Will Ferrell-hosted episode of Saturday Night Live.

The singer, whose real name is Mikaela Straus, hit the stage in all black for a playful performance of her single “Hit the Back.” In-between body rolls and twirling across the stage, Straus sharply belted out the chorus.

The guitar-wielding Straus also stunned with a haunting performance of her rock ballad “1950,” where she sang against a smoky backdrop.

Signed to Mark Ronson’s label Zelig, Straus released her debut album Cheap Queen in October. While Straus identifies as genderqueer and a lesbian, she’s hesitant to have her music labeled as “queer pop.”

“‘Queer pop’ is literally saying sexuality is a genre,” she told Rolling Stone. “I don’t want to be grouped in with only gay people. That’s ridiculous. I want to battle everyone. If you’re going to compare me, compare me to straight people, too.” But she did say that Cheap Queen was made for her queer fans. “It’s really for the gays,” she said. “It is for everybody, but I feel especially the gays will be like, ‘Damn, the emotions are there and I love that!’”

Straus has a handful of North American tour dates beginning January 16th and wrapping in mid-February. It was also recently announced that the singer will be the opener for the European leg of Harry Styles’ 2020 Love on Tour tour from April through June.