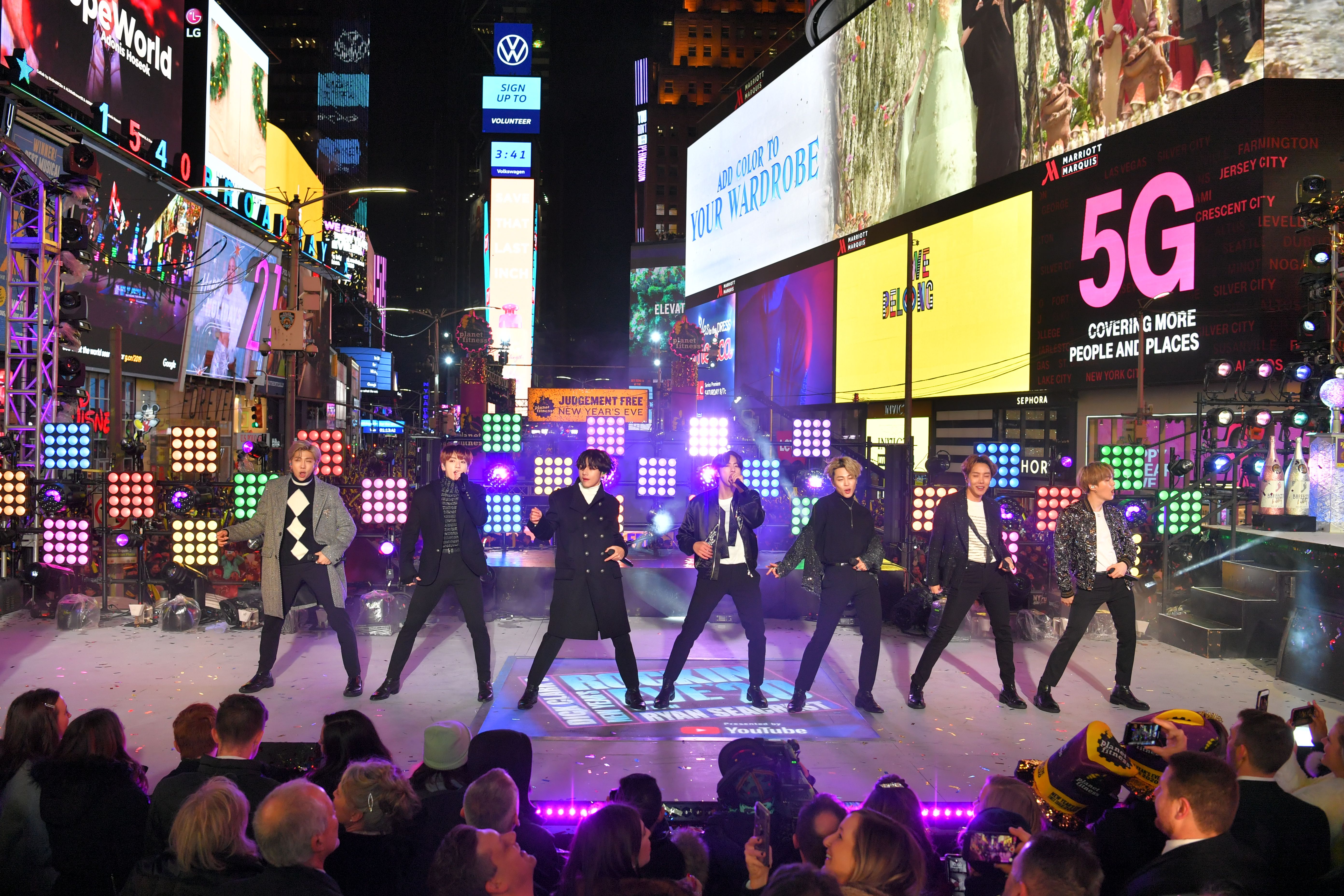 BTS performed as part of Dick Clark’s New Year’s Rockin’ Eve with Ryan Seacrest to help ring in the new year and the K-Pop group took the opportunity to play two of their popular hits. The musicians performed Make It Right” and “Boy with Luv” for the crowd in Times Square right before midnight on December 31st alongside fellow performers Post Malone and Sam Hunt.

The band members, as well as Post Malone, Hunt and Seacrest, also helped countdown the seconds until midnight.

BTS released their most recent album, Persona: Map of the Soul, last April. The group tapped Halsey for the album’s single “Boy With Luv” and BTS member SUGA joined Halsey for a track on her forthcoming album Manic titled “SUGA’s Interlude.” Despite the popularity and high acclaim for the new album, BTS surprisingly didn’t get any Grammy nominations this year. The group, who wrapped their “Love Yourself” World Tour last year, have yet to announce any live dates for 2020 beyond their New Year’s Eve performance.