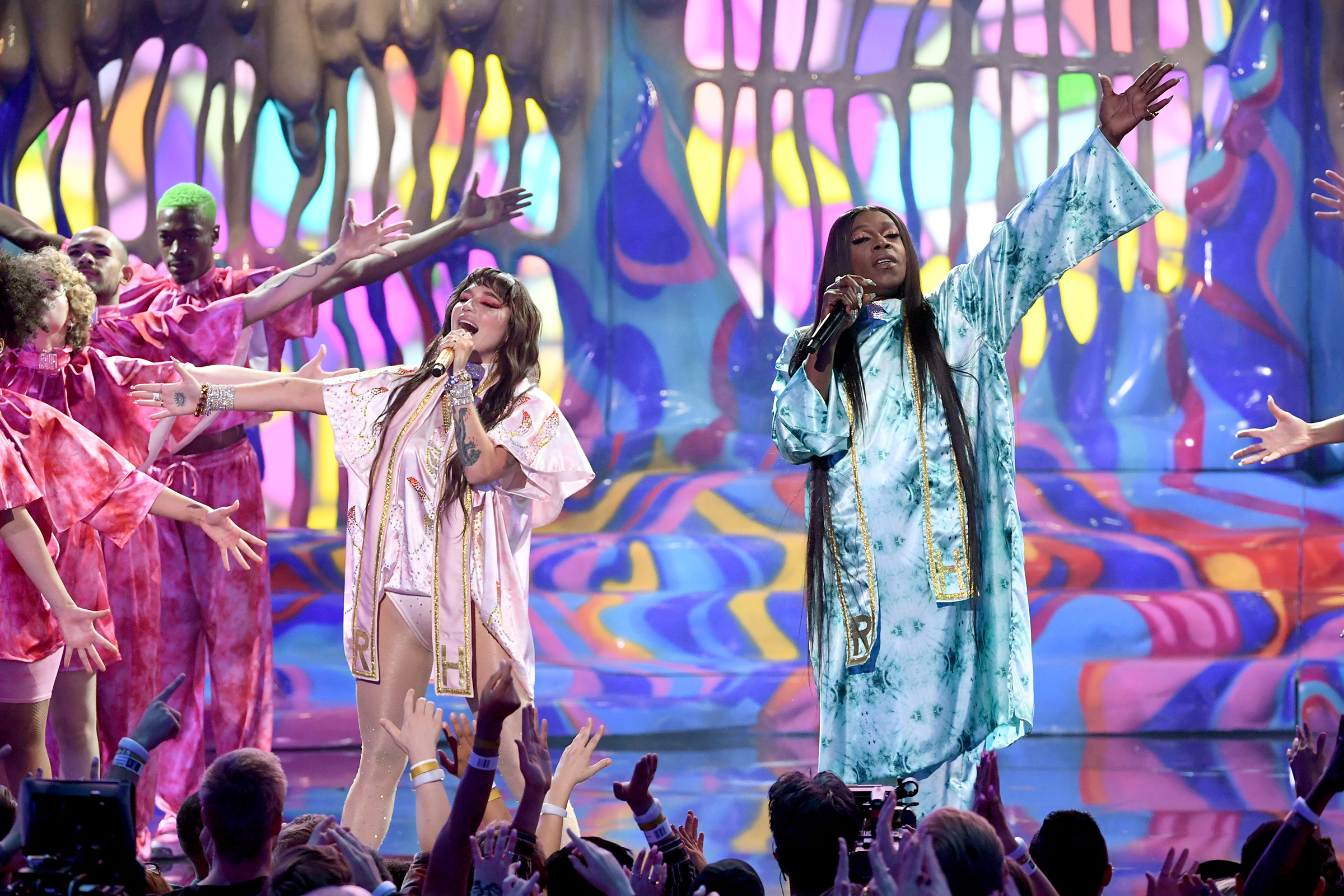 Kesha brought the church and the club to the American Music Awards on Sunday.

First up, the singer teamed with Big Freedia for “Raising Hell,” a track from her upcoming album High Road. “Welcome to our Sunday service,” she declared to the crowd, a nod to Kanye West’s elaborate events by the same name. She and Freedia performed the gospel-styled track against a backdrop of warped stained-glass windows, joined by a crew of dancers dressed in bright pink.

.@KeshaRose slays the #AMAs stage with a performance of her signature hit, “TiK ToK” 😱 pic.twitter.com/UcBJhivDDz

That churchy vibe evaporated as Kesha segued into her 2009 breakout single “Tik Tok,” announcing, “Ladies and gentlemen, it’s time to shake what the good Lord gave us.” The signature synth hook ushered in the party cut, leading to hilarious reaction shots of a merry Post Malone and a stunned Taran Killum.

Kesha’s High Road — featuring collaborations with Sturgill Simpson, Brian Wilson, Dan Reynolds of Imagine Dragons, Nate Ruess of Fun. and more — is due out January 10th. Earlier this week, she shared a new single from the record, “My Own Dance.”