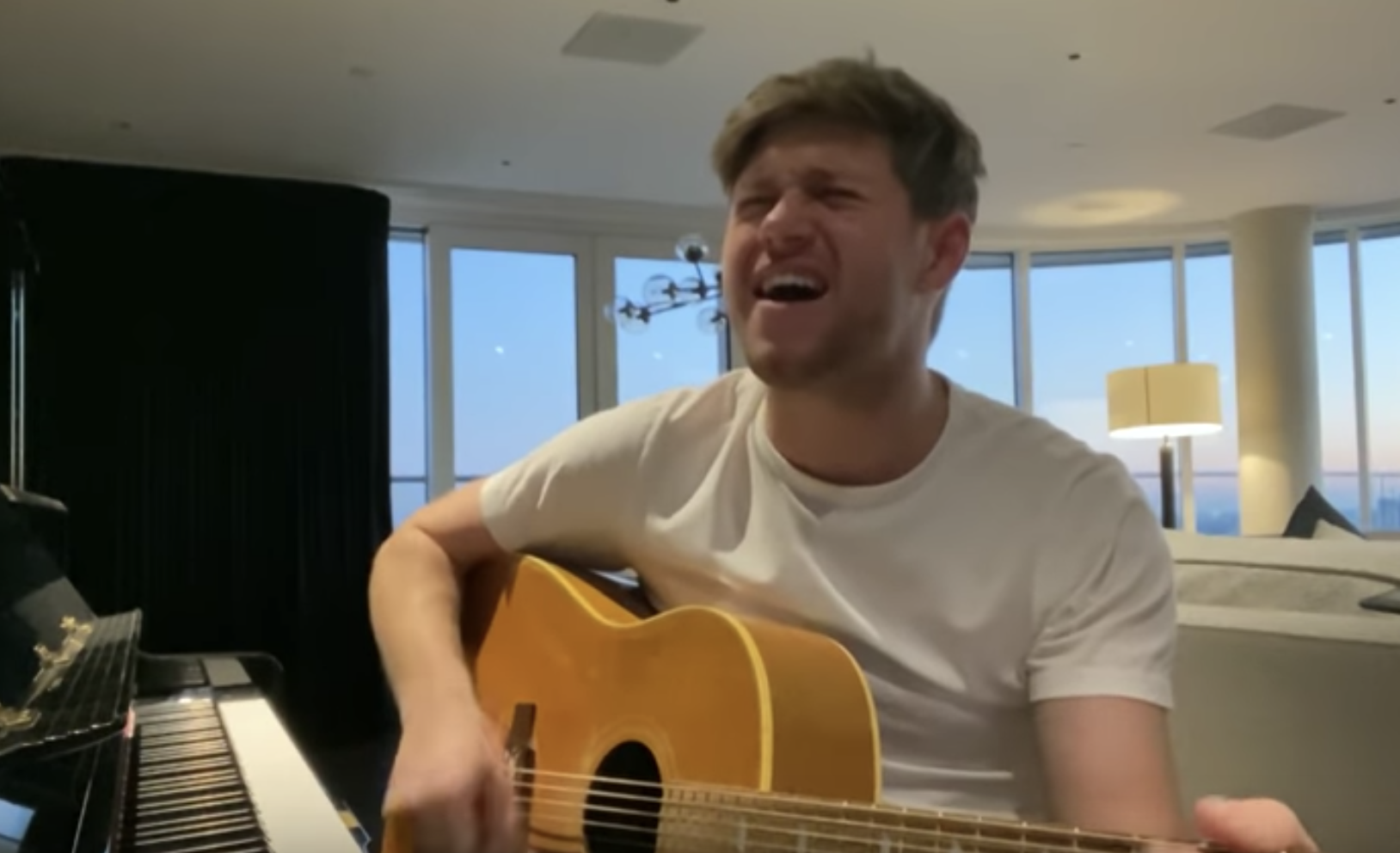 Niall Horan joined Jimmy Fallon for the most recent edition of The Tonight Show, filmed at home in Fallon’s house during the COVID-19 pandemic, to perform “Dear Patience.”

Appearing via video chat at the 7:45 minute mark, Horan discussed his new album, Heartbreak Weather, and how he’s coping with self-quarantine. “It’s crazy, I’ve never Zoom-ed in my life, but here we are,” Horan said, speaking from his apartment in London. Horan added that he’s been penning some new music during his time alone at home. “I wrote a couple of tunes,” he told Fallon. “Definitely finding it relatively hard to get motivated when all I can do is sit in my living room.”

Horan added that he’s happy with how well his album has done since release. “It was a lot of fun to make,” he said. “I had a great time making it. It’s a bit of a shame that I had to release it amongst all of this, but you can’t win every week. It went to No. 1 in the U.K. and Ireland, which was huge for me… It’s a weird time, but a good time.”

The pair also compared their golf games during the video chat and talked about all the touring opportunities Horan has had to put on hold before the singer took on “Dear Patience,” which comes on  at the 18:20 mark. “It’s an album track, but I just thought it was very relevant right now because I wrote it at a time when I needed to be patient,” Horan explained. “And if anyone needs to be patient right now it’s all of us.”

Horan released Heartbreak Weather earlier this month. He recently performed a live stream concert for Global Citizen and the World Health Organization’s Together at Home virtual concert series and played several tracks off the album.