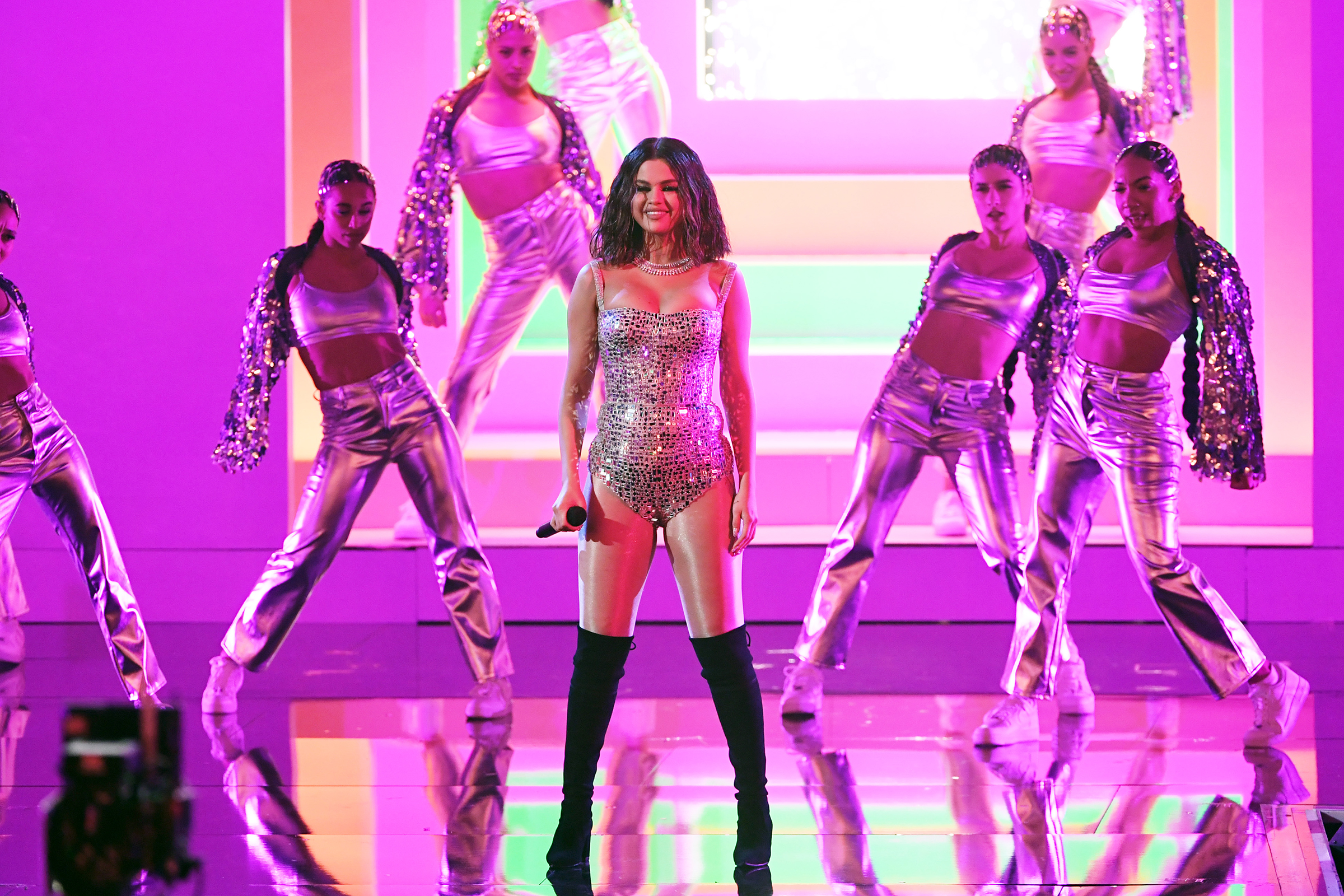 Selena Gomez delivered a rendition of “Lose You To Love Me” and “Look At Her Now” at the American Music Awards Sunday, her first televised performance in two years.

The singer struggled to overcome obvious nervousness on the first cut, crooning the piano ballad shakily, eyes often closed, on a black-and-white screen. She gained confidence as the latter track erupted the stage into full color, as she belted over massive synths and electronics in front of a group of dancers.

Gomez’s last performance at the AMAs was in 2017, where she sang her EDM single “Wolves” just a few months after sharing she that had undergone a kidney transplant. Gomez was nominated for two AMAs in 2016, taking home the award for Favorite Pop/Rock Female Artist.

Gomez’s appearance at the AMAs comes ahead of her highly anticipated third studio album, which fans have been referring to as SG2. Her upcoming LP, due January 10th, marks her first full-length release since 2015’s Revival and will feature 13 tracks. Gomez announced the album on her website with a backdrop of black-and-white images from her childhood with the words, “Selena Gomez, New Album – January 10th.” The official album title and cover art will be revealed at a later date, a representative for Gomez told Rolling Stone.

Leading up to her new album, Gomez unveiled self-love ballad “Lose You to Love Me” and club single “Look at Her Now” in October. Her latest releases come after her collaboration with Benny Blanco earlier this year for “I Can’t Get Enough,” and her 2018 hit “Back To You” from Netflix’s 13 Reasons Why soundtrack.