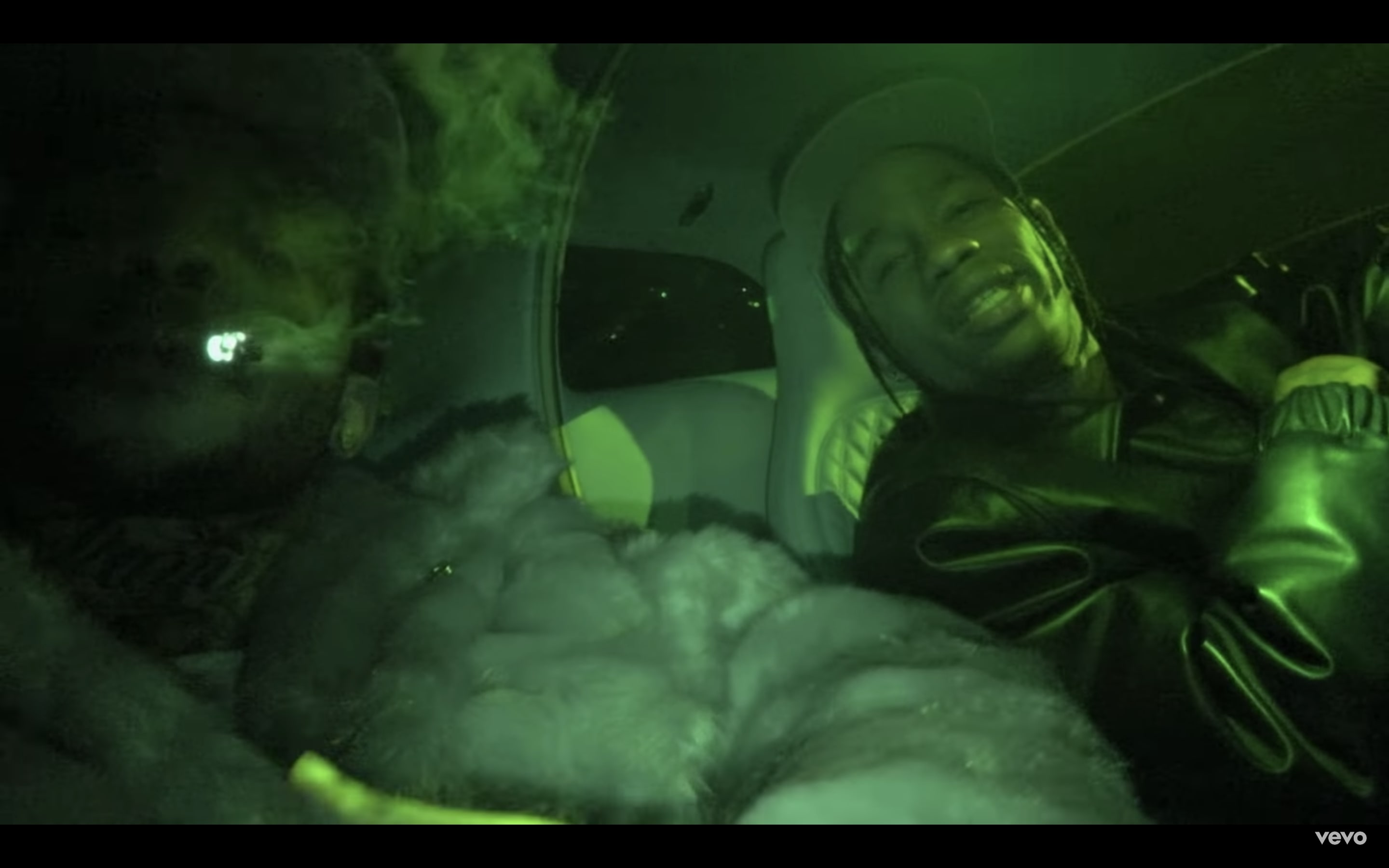 Travis Scott cruises around in a fancy Bugatti in his gritty video for “Gatti,” a track from the emcee’s new Cactus Jack Records compilation EP, JackBoys. Pop Smoke also appears in the lo-fi clip, rapping from the passenger seat as Scott steers around at night.

Directors Cactus Jack and White Trash Tyler fill the NSFW visual with disorienting touches: a series of choppy editing effects, slow-motion sequences and an eerie blue light that follows the rappers as they chill in a fast food parking lot.

The woozy, percussive song follows recent JackBoys cuts “Gang Gang” and the “Highest in the Room” remix with Rosalía and Lil Baby. Scott also issued a short film for the project, which features Don Toliver and Sheck Wes, along with guest spots from Quavo, Offset and Young Thug.

Scott, who released his third solo LP, Astroworld, in 2018, recently teamed with Post Malone and Ozzy Osborne for a flame-filled live version of their collaborative track “Take What You Want” on the American Music Awards.