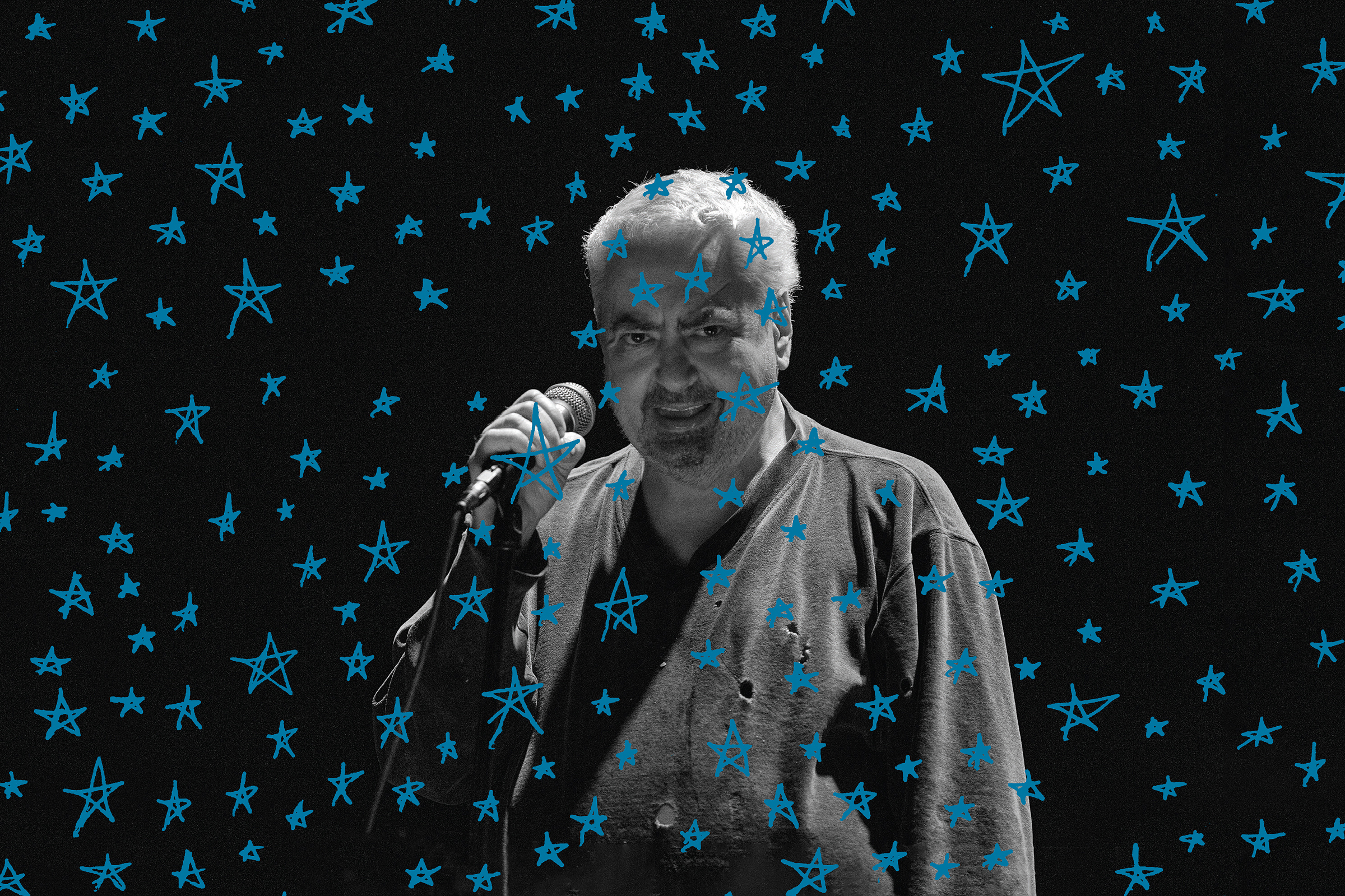 The songs were culled from a performance on Johnston’s final tour, at Chicago’s Vic Theater on October 20th, 2017, backed by Tweedy: Jeff Tweedy and his son Spencer, Darin Gray, James Elkington and Liam Kazar. Also included on the LP is a session from the Loft, Wilco’s studio, that the cult artist — who died in September — recorded with the band.

Paired with the announcement is the release of a live version of “Worried Shoes,” one of Johnston’s most beloved songs that first appeared on the 1983 cassette Yip/Jump Music. “I took my lucky break and I broke it in two,” he sings. “Put on my worried shoes.”

Chicago 2017 will be limited to 2,000 copies, pressed on black, blue and white splattered vinyl. The proceeds for the vinyl-only release will benefit the Hi, How Are You Project, a non-profit organization that encourages conversations about mental health issues while removing the stigma around it. On January 22nd, the non-profit will host its third annual day concert at the Moody Theater in Austin, Texas, featuring Cage the Elephant, White Denim and others.

“Jeff Tweedy and Wilco have been incredible ambassadors of Daniel’s music for years,” Tom Gimbel, Johnston’s longtime manager, said in a statement. “I’m so glad that this show from Daniel’s last tour was recorded with such care. It’s something fans will be able to enjoy forever.”

“There is and was only one Daniel,” Tweedy added, “and to be able to work with him and help present his music was a huge honor for me and the band, one for which we are all very thankful.”

Side Two
1. Girl of My Dreams
2. Walking the Cow
3. Funeral Home
4. I’m So Tired
5. Speeding Motorcycle
6. True Love Will Find You in the End / Spirit World Rising / Funeral Home