Home Music News Billie Eilish Talks ‘No Time to Die,’ Being Sick at Oscars: ‘I... 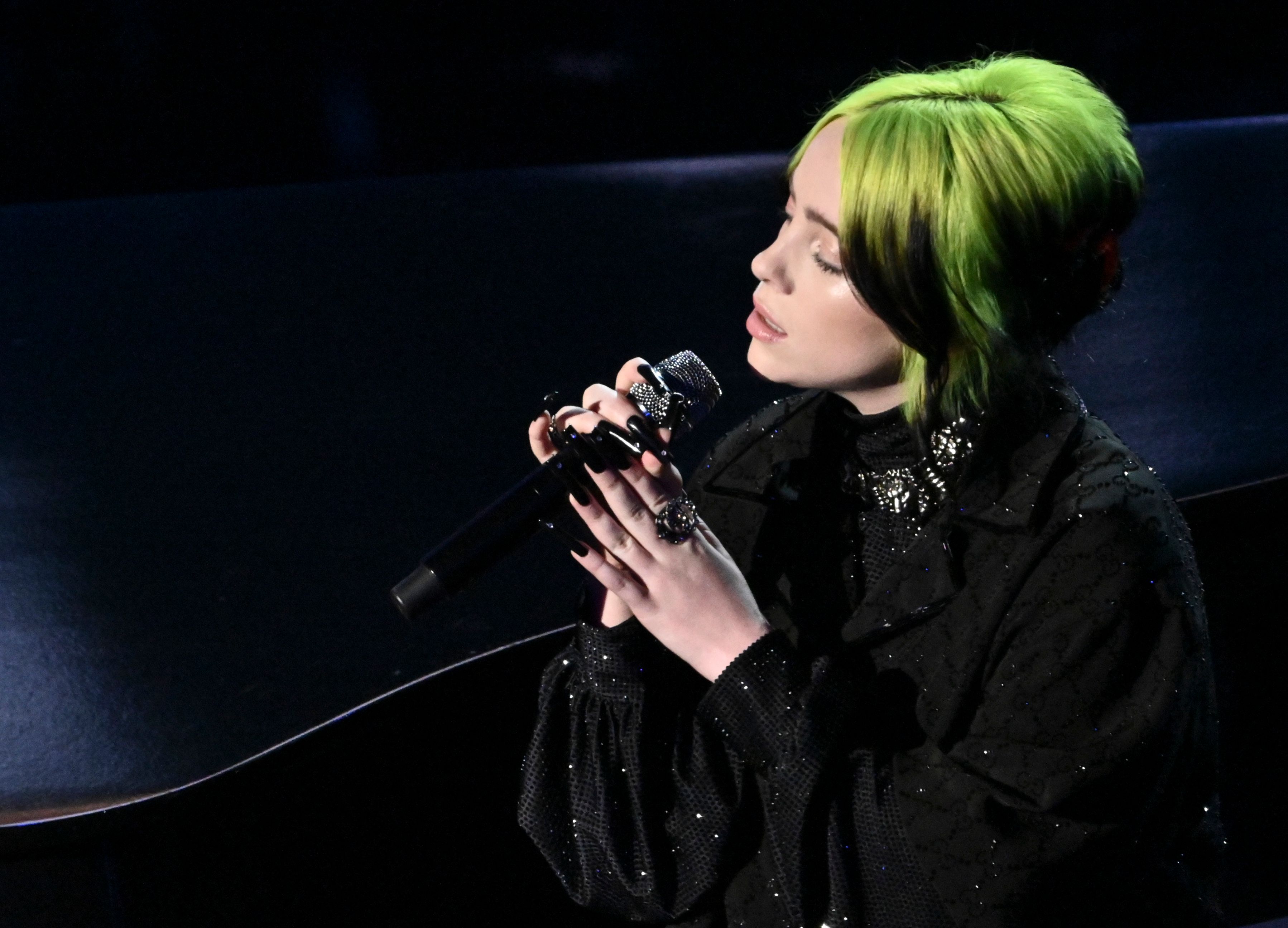 Billie Eilish spoke with Apple Music’s Zane Lowe about her recent Oscars performance and the process behind penning her new James Bond theme song, “No Time to Die,” in an interview that will air on Friday.

The singer, who has been under the weather since the Oscars, appeared from her sick bed in the video interview as Lowe asked her questions from his studio. “I was sick for all of the Oscars, I bombed that performance,” she said. “That was trash.” Lowe did not concur.

Eilish said she felt a bit like a fish out of water amidst all the movie stars during the Academy Awards ceremony. “I’m not used to that. At least the Grammys wasn’t as scary because it was, like, artists,” she explained. “And it felt like my people, if felt like, ‘Oh, look, a bunch of artists!’ And I knew a lot of them already and I’d met them and they knew of me.”

On Thursday, she premiered “No Time to Die,” which she co-wrote with her brother Finneas. Titled after the upcoming Bond movie, she said that she and Finneas used to make up songs intended for a Bond movie, but never imagined they’d actually write the theme song one day.

“You know what’s funny about it, like two years ago, we were like, wouldn’t it be crazy to make a song for the Bond movies, and, like, wouldn’t that be dope?” she explained. “And so, kind of for two years-ish, we’ve been subconsciously trying to… in our own way. And, like, we’ve written songs that have never come out that are, like, oh, this sounds like Bond, like, this would be dope, like, it would never happen, whatever. And then this offer came up and we were like, ‘Ahhhh!’”

“It was honestly like a great process,” she said after they were tapped to pen the song. “We got a piece of the script, like the first scene and then wrote the song immediately and we wrote it in three days and we wrote it in Texas and we recorded it in a bunk on the bus, in the basement in the dark.”

It was a team effort as well. “I thought it would just be like, here’s the song, and they take it and then they, then I would have no say,” Eilish said. “But they actually were completely, they really wanted to know what I think … We worked with Hans [Zimmer] and the entire orchestra, they recorded all of the orchestra when we went there.” They continued to work together to bring it to where it is now. “It went through a lot of different versions and then we got it,” she said. “We all worked really hard, Hans was incredibly easy to work with and he’s so funny and it was a really good, collaborative experience.”

At 18, Eilish is the youngest person to write and record a Bond theme song. No Time to Die, starring Daniel Craig as James Bond, opens in theaters April 10th.