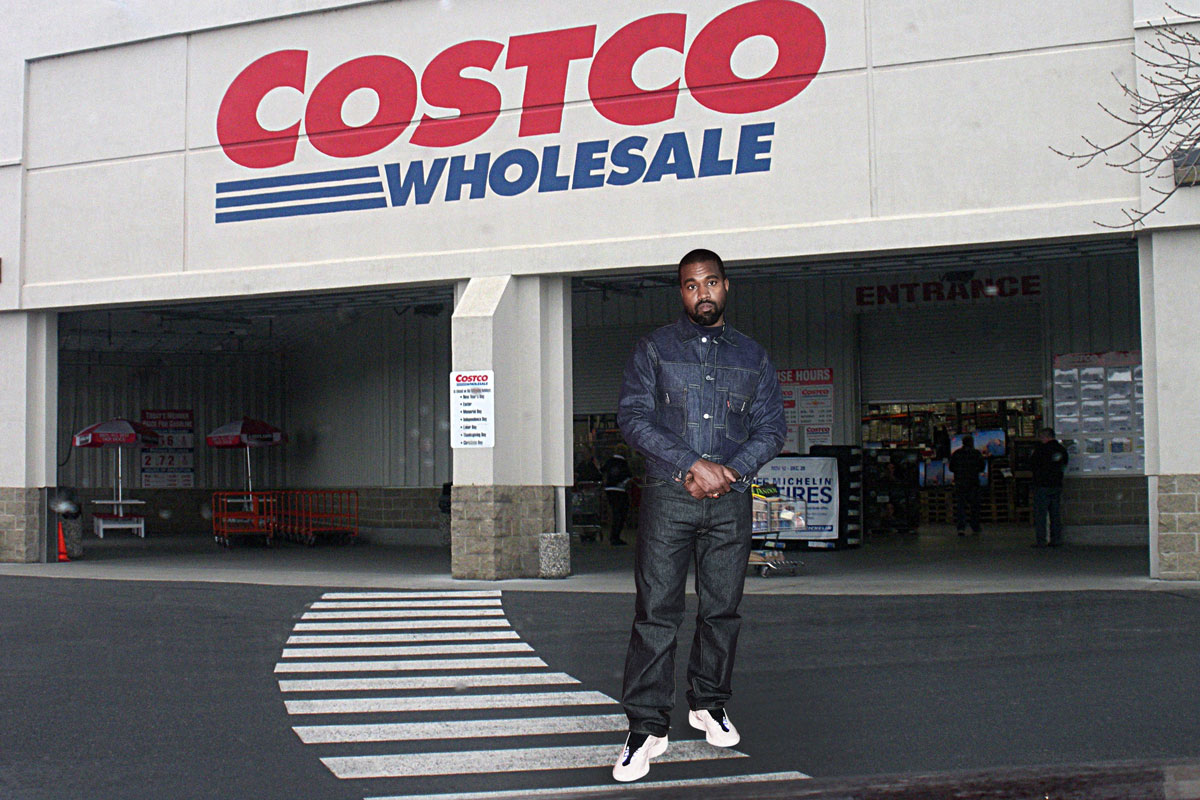 Kanye West wants to make the perfect hoodie. In his estimation, the 90-year-old garment “is arguably the most important piece of apparel of the last decade.” Kanye’s quest for said perfect sweatshirt is at the centerpiece of his recent WSJ Magazine cover story. According to writer Christina Brinkley’s description of the hoodie, it would cost $60, weigh as much as a coat, crop at your waist, fold like a loaf of bread, and be meant for mass consumption. More surprising than what the hoodie could potentially be, is where West wants to sell it.

Apparently the Jesus Is King musician admires the membership-only warehouse chains, which is surprising considering he has a history of critiquing such establishments for their practices. On 2004’s “Never Let Me Down” West lamented, “But I know they don’t want me in the damn club / They even made me show ID to get inside of Sam’s Club.” They also make you show a membership ID to get inside of Costco, but that’s neither here nor there. At the time of publication, West has not informed the public on his thoughts regarding BJs.

Costco is a cornucopia of bulk-buying enchantment, the kind of place where (in non-pandemic times) you could easily grab a lifetime supply of Cheez-Its and CapriSun, while also scoring a $1.50 hot dog. So it makes complete sense from a brand synergy perspective why Yeezy would like to one day sell there, if mass consumption is his goal.

Keeping in line with West’s aspirations to one day line the tables of Costco with Yeezy-branded sweatsirts was the latest muses for his apparel. “This collection is couture for the service industry,” he explained. Unfortunately, when asked if the same people inspiring his clothes could one day afford it all West could say was, “We’re not focusing on prices right now. We’re only focusing on creativity.”