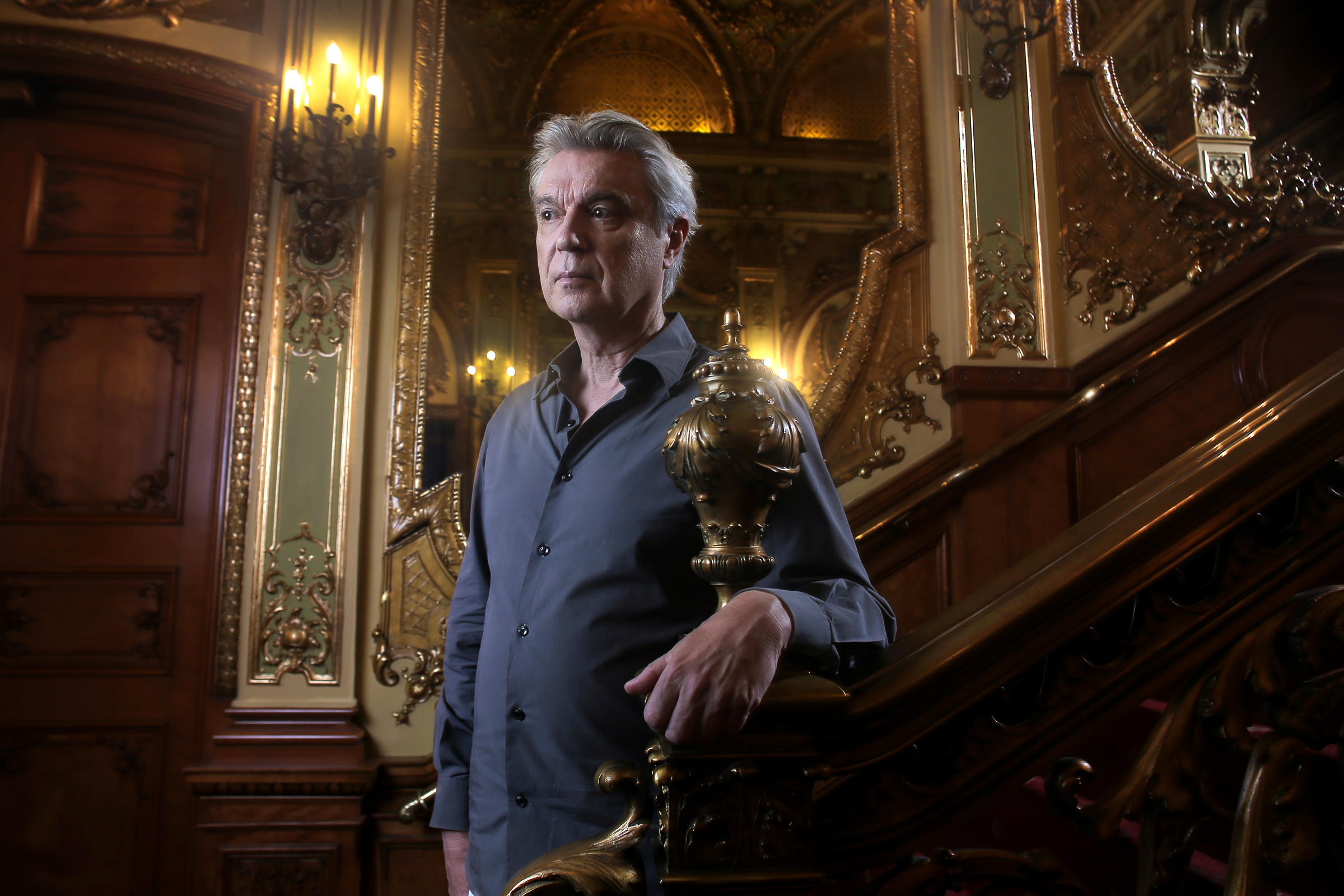 David Byrne is in the midst of a successful Broadway run for his American Utopia production, but he’s already using his off-time planning another theatrical installation. The former Talking Head is planning on opening an immersive project called Theater of the Mind at the Denver Center for the Performing Arts next summer.

“It will be in a warehouse, where it’s divided into a bunch of different rooms,” he tells Rolling Stone. “A group of 16 audience members will go from room to room and experience these perceptual things. When they leave one room, another group goes in there. That way, you can get 400 people in from 6 p.m. to 10. You get the same number as if it were a theater show, but you get more in small groups.”

The artist previously workshopped a version of the project on Governors Island in New York in late 2017, according to the production company 600 Highwaymen, but Byrne decided to take it to the Mile High City because of the Performing Arts Center’s history with similar projects. “The Denver Center for the Performing Arts have done immersive things like this before — not quite like this — but they’ve cultivated an audience in Denver,” he says. Plus, he adds that he expects the Colorado audience to warm to some of the production’s trippier elements. “I am so convinced that because it’s about perception and sensory stuff, there’s gonna be a lot of gummy bears and other stuff in there,” he says with a laugh.

Nate Koch, who has won awards for his work on productions of Sweeney Todd and Queen of the Night, is serving as Theater of the Mind’s executive producer.

In the meantime, though, Byrne’s chief project remains American Utopia, which recently got an extended run through February 16th. For the show, he performs nearly two dozen Talking Heads “popular favorites” and selections from his solo career and recent American Utopia album. Byrne had previously taken the show, which finds Byrne and 11 musicians dressed in matching gray suits dancing barefoot, around the world, but he recently told Rolling Stone he’s been enjoying doing it in once place. He talks more to the crowd at the Broadway show and found that a storyline, about a man who is closed off and learns to open up, emerged as they worked on it.

“I didn’t go into the concert saying, ‘This is the narrative that I want to tell,’” he said. “But as we started choosing songs and working out the staging, it emerged that that’s what was happening. We didn’t go into it with the story in advance, which some people might think is a little odd, but that’s how it works sometimes.”