Home Music News De La Soul Is Finally Coming to Streaming Tonight, But They Might... 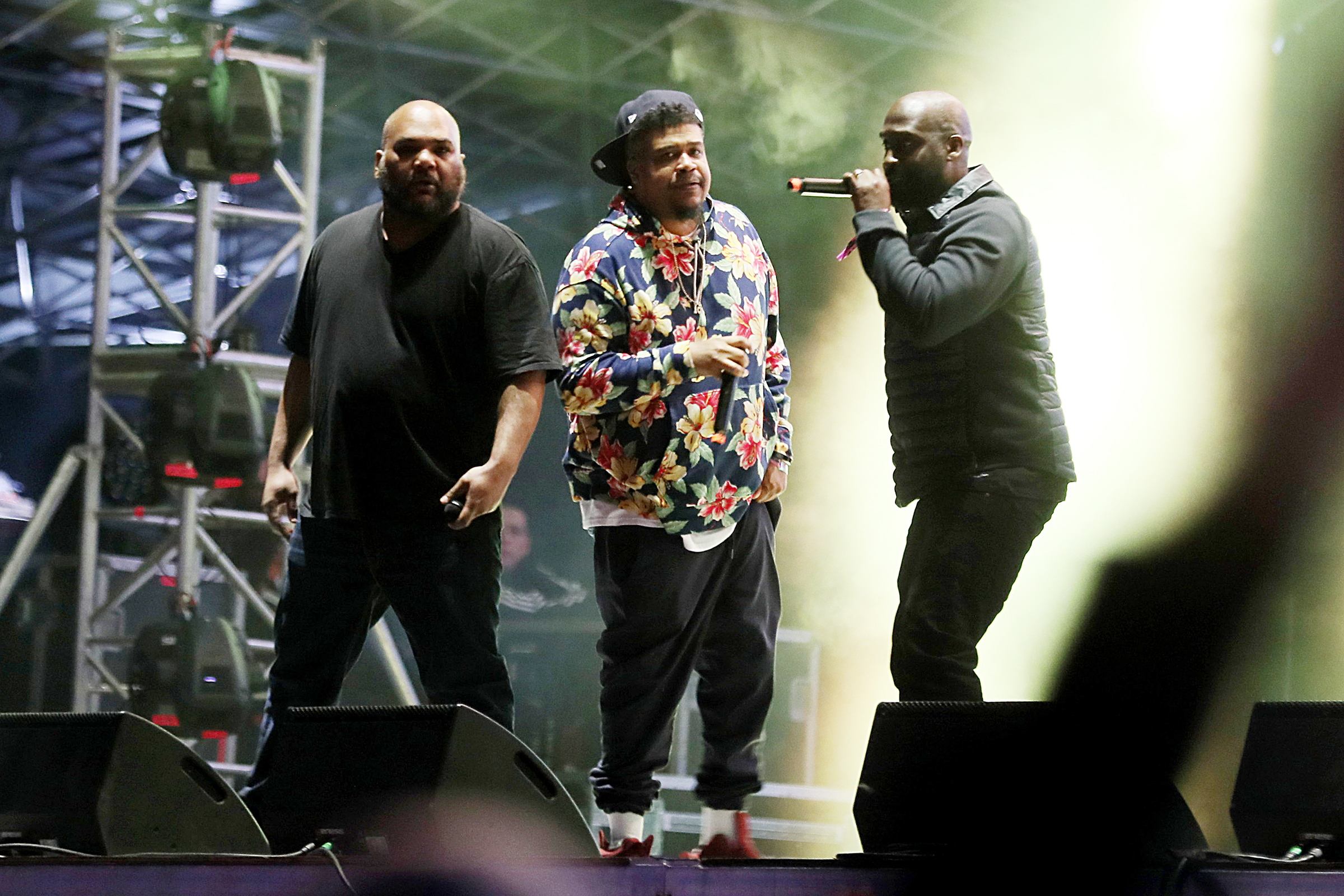 De La Soul are finally escaping digital purgatory, but are still, somehow, trapped in music industry hell. Three days before the 30th anniversary of their debut album 3 Feet High and Rising, the legendary rap group’s catalog will finally be released on streaming services at midnight on Friday. The reason it’s taken so long is still a source of controversy.

The news should be cause for celebration: De La Soul has never gone digital. For as long as downloading mp3s or streaming music has been around, their early albums were stuck in a legal limbo for a variety of complicated reasons: allegedly uncleared samples, contracts that didn’t stipulate that cleared samples could be used for digital purposes and major label bureaucracy from their time under the Warner umbrella.

Five years ago, the group decided to bypass official channels and made their entire catalog for free for a short period of time. “It’s about allowing our fans who have been looking and trying to get a hold of our music to have access to it,” De La Soul member Posdnuos told Rolling Stone in 2014. “It’s been too long where our fans haven’t had access to everything. This is our way of showing them how much we love them.” It’s not until now, however, that anyone with a streaming service can easily access that catalog.

Now that Tommy Boy Records, the group’s longtime home, has regained control of their catalog from Warner Music Group, it’s ready to release the trio’s discography. But according to De La Soul, they’ll only see 10 percent of the profits. Sitting in the lobby of the W Hotel in New York, the group — made up of Kelvin “Posdnuos” Mercer, David “Trugoy” Jolicoeur and Vincent “Maseo” Mason Jr. — are split between pointed fury and a sense of exhaustion.

Since 2012, they fought to acquire their music from Warner to no avail. Then, recently, they say they received an email from Tommy Boy Records founder and CEO Tom Silverman.

“He sent us an email, in addition to all the other artists on Tommy Boy,” Mason explains. “Letting everyone know that he got the catalog back and sent pretty much an amended agreement based on what previous contracts have been, or what type of deal he wanted to split with us regarding this catalog. And it’s not a favorable deal. It’s not a good deal at all… If he got no response in 30 days, it would be brought back to the original contracts.”

“From back in the Eighties,” Jolicoeur chuckles in disbelief.

On Instagram, the group alleged that Tommy Boy will get 90 percent of the profits from their digital discography, while they will see roughly 10 percent. The mechanics of the deal are even more complicated than that, though, stemming from what they call a “phantom 2 million dollar debt.”

“The actual offer was 30 percent to De La,” Jolicoeur alleges. “But with this phantom debt that’s in the air – this 2 million dollar debt – what he proposes is, ‘Since you guys are getting 30, I’m going to take 20 of that 30 and kick it back to your debt.’”

The group says it’s still trying to find clarity on what that debt is and why they owe it. Their lawyers explained that it’s customary for a parent company like Warner to write off any debt for an artist it’s signing, they say, and that should’ve happened before Silverman re-acquired the label. Ironically, the money that they could’ve made during the mp3 boom should theoretically have been more than enough to clear their mysterious debt.

According to a statement from Silverman, these terms can still be worked out. “De La Soul is one of the seminal music groups of the 20th century, and Tommy Boy is proud to have been with the launch of their career from the beginning, releasing six albums over 12 years. Unfortunately, a misunderstanding has arisen between Tommy Boy and the group and we have not been given an opportunity to discuss their concerns with them or their lawyer after their public announcements on social media and digital radio interviews,” Silverman tells Rolling Stone via an email statement. “While we are confident that this can be resolved, we were saddened this is happening around the 30th Anniversary of their debut album 3 Feet High and Rising, and to see factually incorrect statements attributed to members of the group.” (Silverman did not reply to Rolling Stone‘s follow-up on which of the group’s statements he found “factually inaccurate.”)

“Tommy Boy and De La Soul’s management have been working together for six months planning the digital release of the group’s classic catalog,” Silverman adds. “We remain hopeful that we can continue to work together amicably.”

Regardless, the group will celebrate the 30th anniversary of 3 Feet High and Rising in open resistance to the label that stands to profit from their seminal works. De La Soul claims the record company wasn’t even aware that the milestone anniversary of their debut was imminent. According to the group, the original plan was to release their albums to streaming last November, but they and their marketing team had to remind the label of the significance of March 3rd.

“He [Tom Silverman] wasn’t even aware of it,” Jolicoeur says. “No guidance, no awareness, no consciousness of what was going on with De La’s catalog, other than, ‘Let’s get out there so we get money.’”

While describing the album that changed his life, rapper Trugoy repeats the word “blueprint” three times in an attempt to express — correctly — how foundational an album 3 Feet High and Rising was for rap as a genre upon its release. “We came up with an album that was totally different from what was happening at a time and I think invited more people into the world of hip hop,” he says. “I think [it] liberated a lot of artists that wanted to probably say some of the things and do some of the things that we were doing on that record. It was one of the early litmus tests for what was to come.”

De La Soul isn’t bitter, even in the midst of the ongoing disputes. The group has never stopped fighting for, and against, 3 Feet High and Rising. They defended themselves against claims they were soft after their flower motif started to become bigger than the reality of the group. They’ve survived sample clearance issues, popular perception and doubt from peers. Ironically, an album built on a lack of aggression has been fought over more than the gangster rap albums it positioned against during its cultural peak.

Multiple celebrities are showing solidarity. Questlove called for a Tommy Boy boycott on Instagram. Jay-Z reached out to the group and said Tidal wouldn’t stream the albums.

“As far as our peers, there’s a tremendous amount of respect that has developed over the years based our genuine love for the music and the culture,” Mason says. “Maybe with a different point of view, but we all come from the same place.”