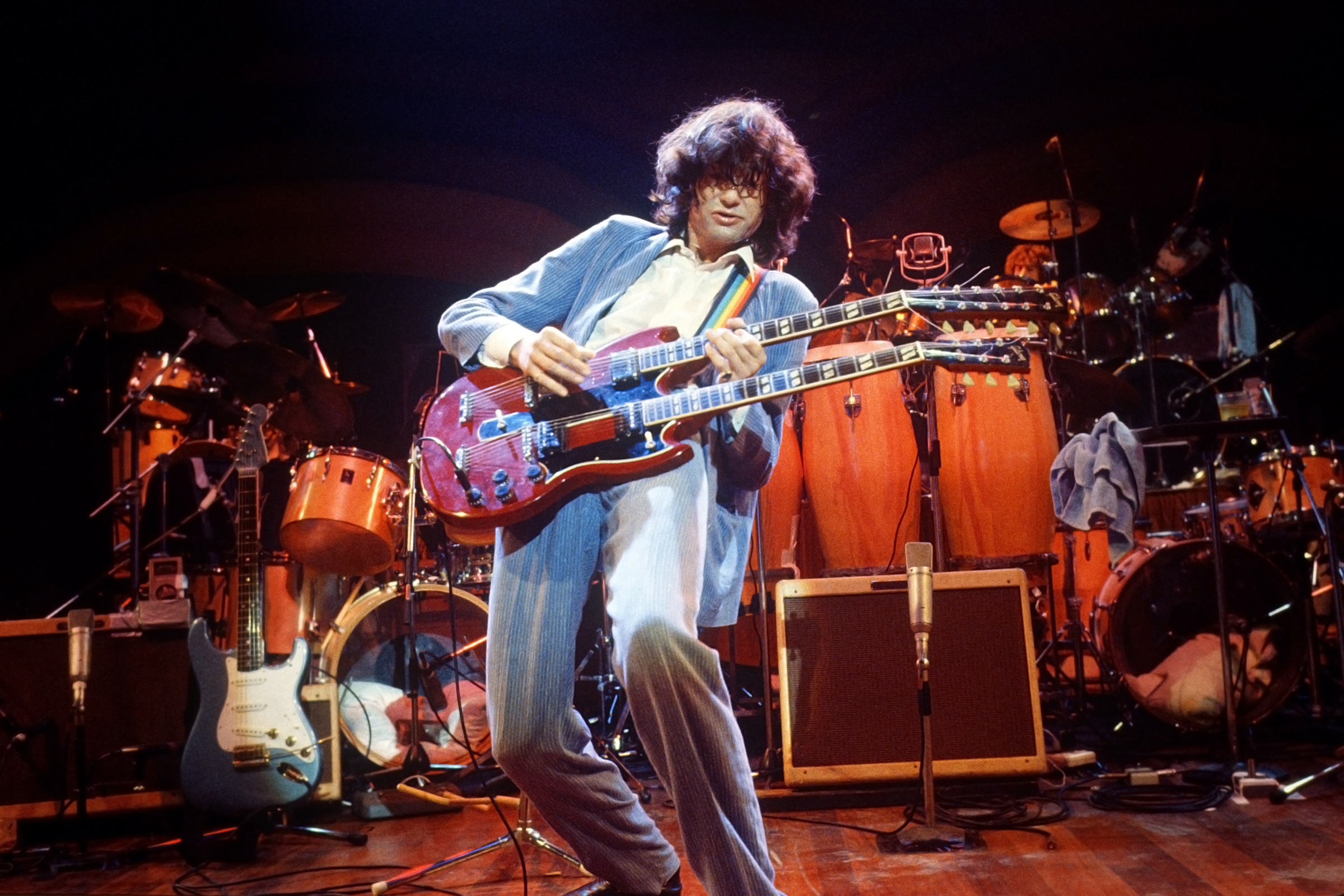 Jimmy Page went to some dark places in the years following John Bonham’s sudden death in September 1980. Led Zeppelin had been at the center of the guitarist’s life since the band began 12 years earlier and they were gearing up for an American tour when the tragic news hit and brought all band activity to an immediate halt. The Who responded to the death of their drummer two years earlier by simply hiring a new one and hitting the road, but Zeppelin were unwilling to go that route and they decided to go their separate ways rather than continue with an incomplete lineup.

Page went to work on the Zeppelin outtakes collection Coda and the soundtrack to Death Wish II, but he was arrested in 1982 and 1984 for possession of cocaine. (He also reportedly had issues with heroin at this time, but he refuses to address the matter publicly.) Whatever the truth, he was rarely seen in public in the early Eighties and his recording output was extremely minimal. Without Led Zeppelin, he didn’t quite know what to do with himself.

He re-emerged for the ARMS charity concert at London’s Royal Albert Hall on September 20th, 1983, alongside his former Yardbirds bandmates Jimmy Page and Eric Clapton to help raise money in the fight against multiple sclerosis. The show was organized by former Small Faces and Faces bassist Ronnie Lane, who was diagnosed with the disease a few years earlier. This was the first time the three Yardbirds members had played a show together and demand for tickets was very high. Prince Charles and Princess Diana were even in attendance.

The Jimmy Page portion of the evening began with three songs (“Prelude,” “City Sirens” and “Who’s to Blame”) from the Death Wish II soundtrack with Paul Rodgers helping out on the vocals. But the guitarist gave the audience what they wanted by playing an instrumental rendition of “Stairway to Heaven” at the end. As you can see from the video, the song is more than a little ragged in places. We can put some of the blame on drummer Simon Phillips for not quite nailing his parts or on whatever chemicals may have been in Page’s body, but this was the first time he’d played a Led Zeppelin song in public since the group disbanded. It’s easy to imagine he was more than a little emotional.

The ARMS show was such a huge success that they took it to America for a short run later that year. And Page’s set with Paul Rodgers laid the groundwork for their new band the Firm, which released two albums in the mid-Eighties and toured all over the world. They split in 1986 and Page went to work on his 1988 LP Outrider, which remains his only solo album to this day. In recent years he’s hinted at the possibility of recording another solo album, but so far nothing has emerged. It’s not surprising. How could anything possibly follow Led Zeppelin?