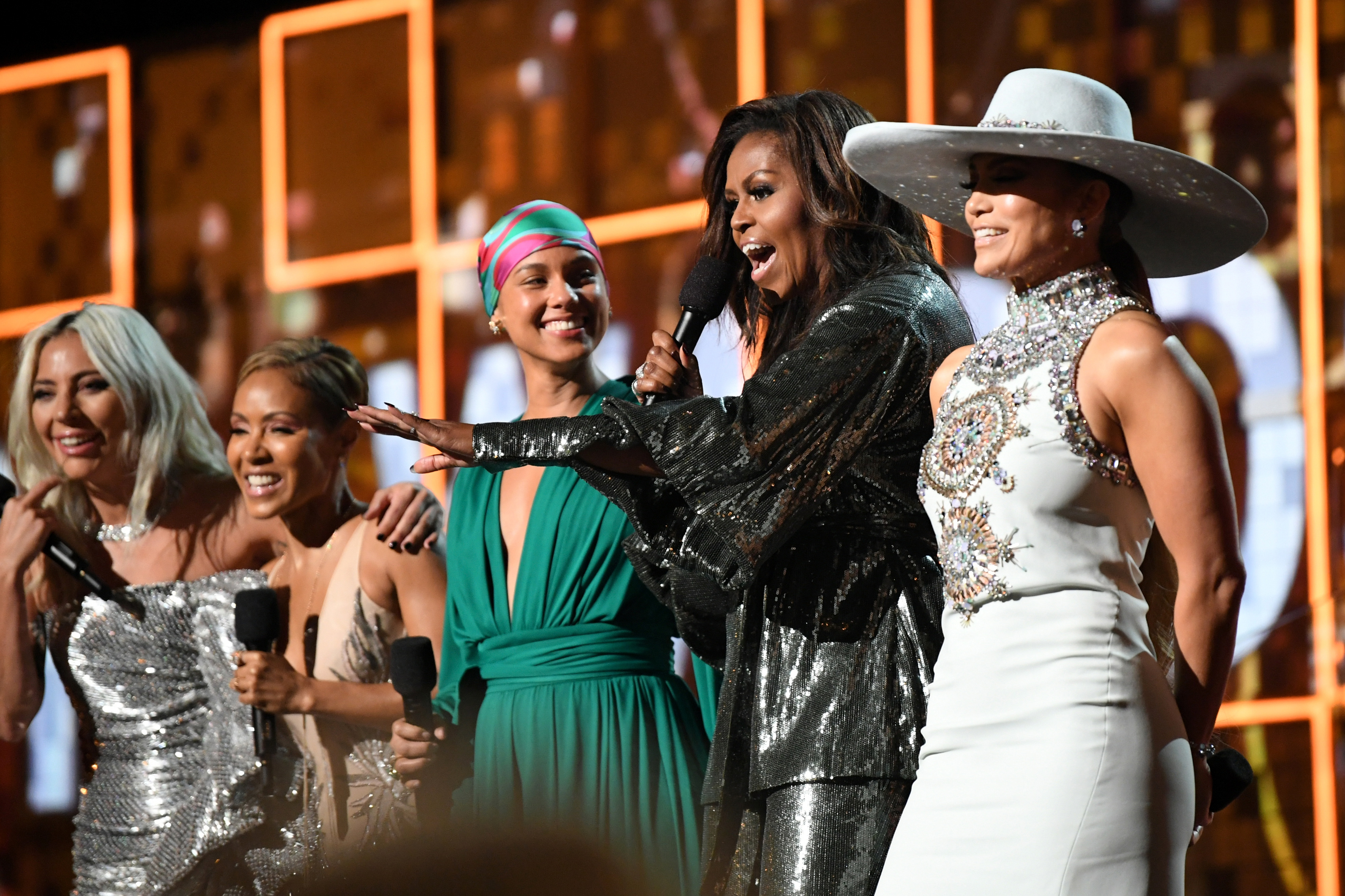 Childish Gambino and Kacey Musgraves took home the biggest prizes at the 2019 Grammy Awards, with the rapper winning both Song and Record of the Year for “This Is America” and the country musician taking home Album of the Year for Golden Hour.

Both Musgraves and Childish Gambino notched four wins each. Along with becoming the first rapper to win Song and Record of the Year, Childish Gambino also won Best Music Video and Best Rap/Sung Performance for “This Is America” but, despite the big night, Donald Glover was notably not present to accept any of his trophies. Meanwhile, Musgraves also picked up Best Country Song (“Space Cowboy”), Best Country Solo Performance (“Butterflies”) and Best Country Album.

From the winners to the performers, much of the 2019 Grammys seemed to be a corrective to last year’s show where — in the thick of the #MeToo movement — a strong message of female empowerment was counterbalanced by an overwhelming lack of female winners. Then, following the 2018 Grammys, Recording Academy President Neil Portnow managed to invoke additional ire when he responded to a question about this gender disparity by suggesting that women needed to “step up.”

Host Alicia Keys happily embraced the task of trying to right last year’s wrongs as much as possible. She notably opening the show with a message about the transformative power of music, delivered alongside Lady Gaga, Jada Pinkett Smith, Jennifer Lopez and Michelle Obama. “Tonight we celebrate the greatness in each other through music,” Keys said, before glancing at her compatriots and adding the rhetorical question: “Excuse me. … Who runs the world?”

As the winners list showed, it wasn’t all talk either. Cardi B became the first female solo artist ever to win Best Rap Album for Invasion of Privacy, while Musgraves’ Best Country Album win made her the first woman since Miranda Lambert in 2015 to take home the prize. Upon accepting the Grammy for Best New Artist, Dua Lipa even made direct reference to Portnow’s complaint, quipping, “Where I want to begin is by saying how honored I am to be nominated alongside so many female artists this year because I guess this year we’ve really stepped up.”

One of the most historic awards, however, was handed out before the televised show even started: Emily Lazar, a mastering engineer who has worked on albums by everyone from David Bowie and Paul McCartney to Björk and Destiny’s Child, became the first woman ever to win Best Engineered Album, Nonclassical for Beck’s Colors. Keys, however, dutifully shouted out the victory before the night’s final awards were handed out.

Additionally, women helmed the majority of the night’s performances. Among the show-stoppers were Camilla Cabello’s all-star rendition of “Havana,” H.E.R. capping off a breakout performance of “Hard Place” with a bit of guitar shredding and Cardi B gloriously peacocking around stage as she breathlessly ripped through “Money.” Janelle Monáe also offered up a blitzkrieg blast of femme funk, tearing through her Dirty Computer track “Make Me Feel” while offering up, as a cheeky aside, the most succinct summation of the night’s theme: “Let the vagina have a monologue.”

Elsewhere, the Recording Academy’s patented “Grammy Moments Machine” kicked, sputtered and churned out a characteristic mix of the sublime, surreal and downright sub-optimal. Among the highlights: Dolly Parton effectively hijacking her own tribute and delivering a stunning, mostly a capella cover of Neil Young’s “After the Gold Rush” with Miley Cyrus and Maren Morris; Dua Lipa and St. Vincent tag-teaming a searing mash-up of “Masseduction” and “One Kiss,” peppered with a little bit of Aretha Franklin’s “Respect”; and Diana Ross wishing herself a happy 75th birthday (about one month early) during a dazzling double-shot of “Best Years of My Life” and “Reach Out and Touch (Somebody’s Hand).”

Far less effective, however, was the Jennifer Lopez-helmed tribute to Motown, which managed to be mostly nostalgic flash with very little substance. And the most head-scratching moment of the night undoubtedly belonged to Post Malone and the Red Hot Chili Peppers, who combined for a numbing rap-rock medley of the former’s “Stay” and “Rockstar” plus the latter’s “Dark Necessities.”

While the 2019 Grammys undeniably made strides towards actualizing the kind of diversity and inclusivity the entertainment industry likes to pride itself on, it was impossible not to feel at times the heavy nudge of a PR push. And despite all the social justice rhetoric, the entire music industry seemed to forget that rapper 21 Savage — who was nominated alongside Post Malone for “Rockstar” — could not attend the ceremony because he’d been detained by Immigration Customs Enforcement.

If anything, the 2019 Grammys were, in many ways, not so different from previous years. The performances and tributes came fast and furious, and the awards were handed out almost like an afterthought (just nine trophies were presented during the televised show). But even criticism of the Grammys is as much a Grammy tradition as a show that runs well over three-and-a-half hours, and even this truism was well represented Sunday night.

Upon accepting the Grammy for Best Best Rap Song, Drake threw some not-so-subtle shade at the Grammys, saying, “We play in an opinion-based sport, not a factual-based sport. You’ve already won if you have people who are singing your songs word for word, if you’re a hero in your hometown… Look, if there’s people who have regular jobs who are coming out in the rain, in the snow, spending money to buy tickets to your shows, you don’t need this right here.”

Drake then seemed to take a pause before continuing – but before he could finish, the Grammys did a hard cut to commercial.