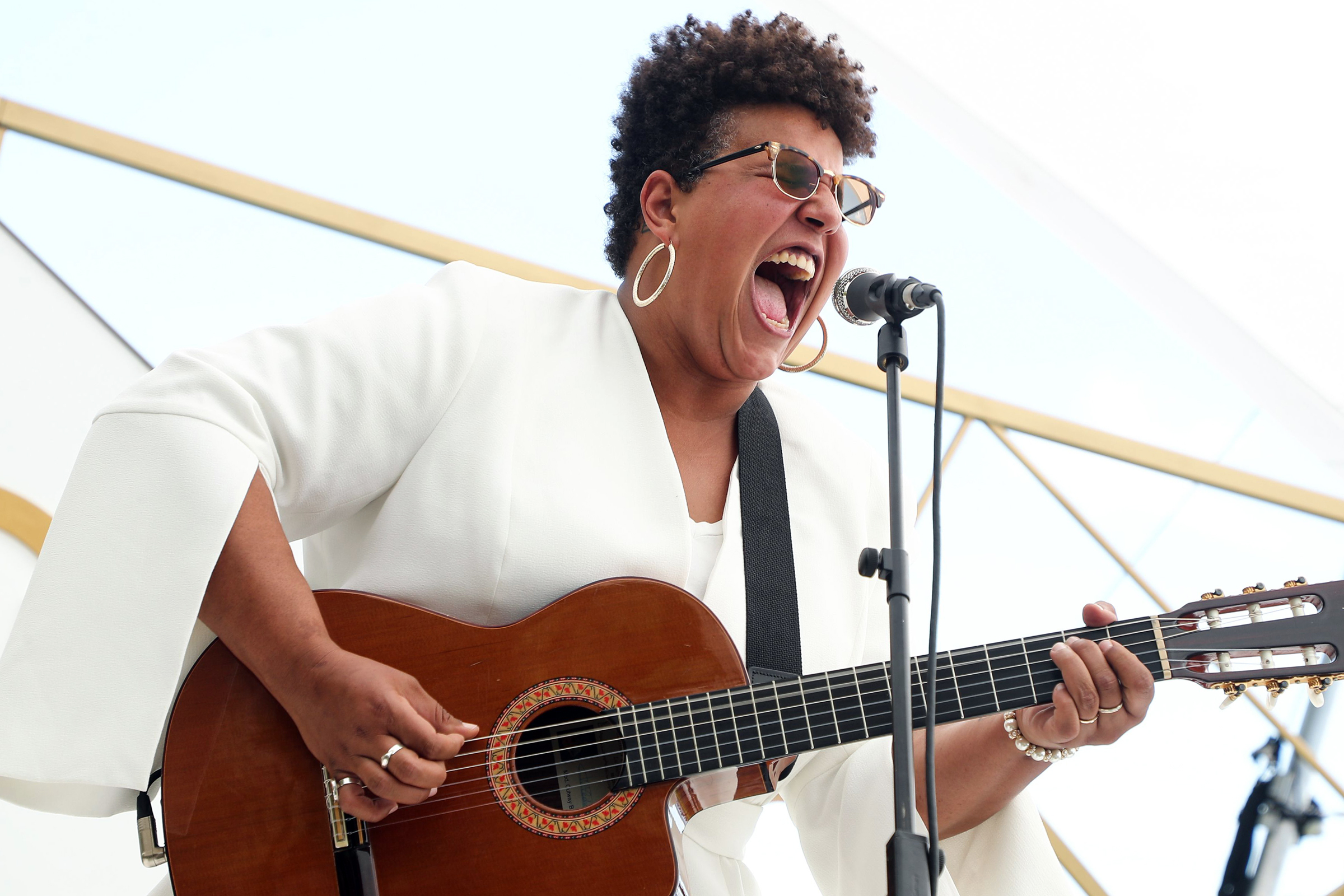 Brittany Howard has shared her soulful new song “He Loves Me,” the Alabama Shakes singer’s contemplative track about reconnecting with God from her upcoming debut solo LP Jaime.

“’He Loves Me’ is a very important track on my record. It is a song I deeply want to share to help others realize loving and being loved by God doesn’t have to look the same for everyone,” Howard said of the track in a statement.

“When my older sister passed away, it took its toll on our family. We grew apart from one another and therefore, we grew apart from our family church. I thought God had intended to hurt us or punish us, but I later realized that I found God in music and I found God in my voice. I learned that He always had a plan for myself and my family. That is what ‘He Loves Me’ is about. It is my greatest realization that He has never left me. All those years that I had turned away, I was still receiving His absolute love and forgiveness.”

Jaime, due out September 20th on ATO Records, is dedicated to Howard’s late older sister Jaime, who taught the singer how to play piano and write poetry. Jaime died of cancer when the Howard sisters were still kids.

“He Loves Me” follows previous Jaime singles “Stay High” and “History Repeats.” Howard will embark on a North American tour in support of Jaime starting this weekend, August 17th, in Asheville, North Carolina.