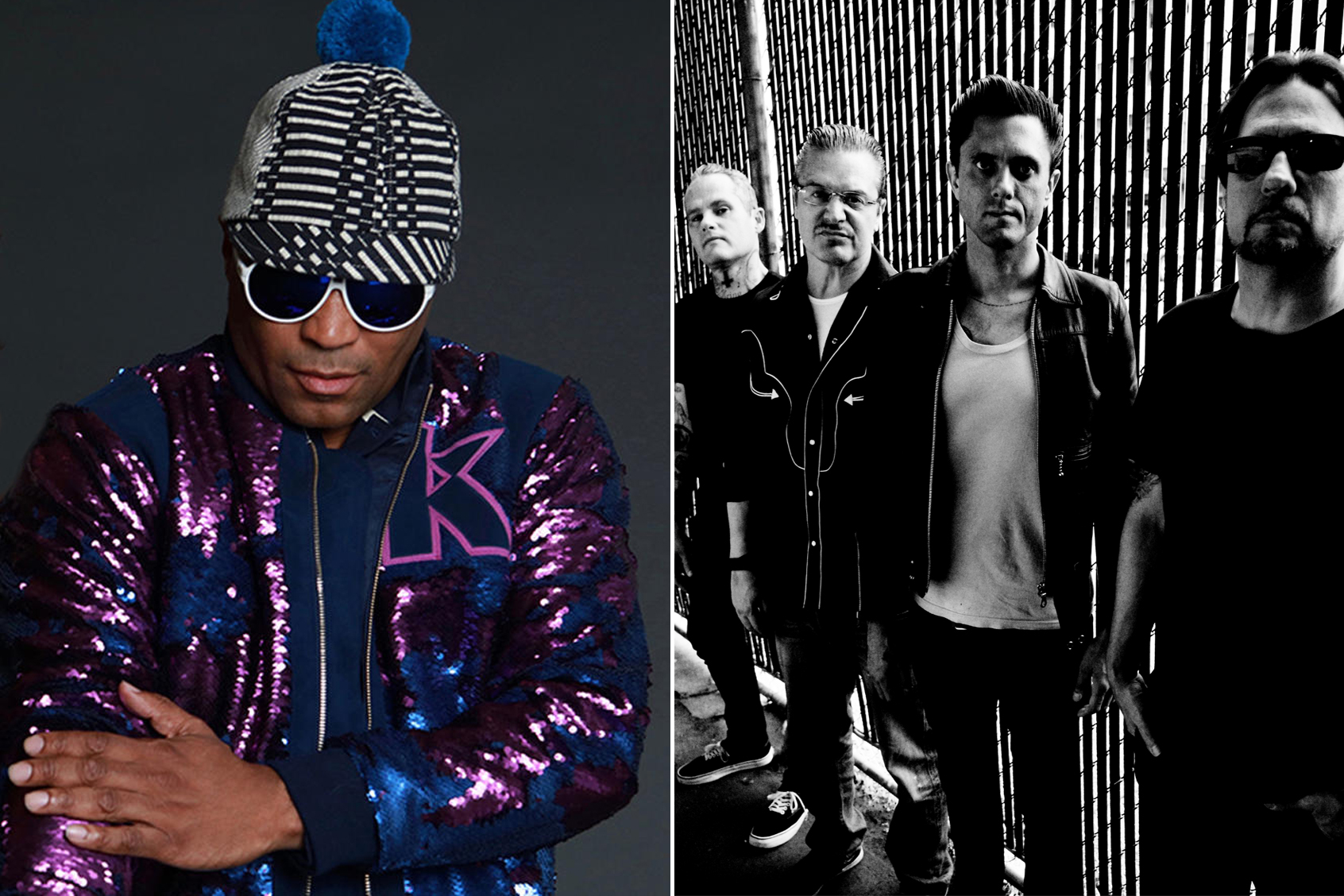 After guesting on the 2018 self-titled debut by San Diego punk-meets–hip-hop duo Planet B, Kool Keith continues the collaboration on an upcoming EP under his own name.

The release features two new tracks from the notoriously outlandish MC, “Blast” and “Uncrushable,” along with an alternate version of each. The extras include Planet B’s remix of “Blast,” as well as a mash-up of “Uncrushable” and “Church of the Motherfuckers,” a 2017 track from Dead Cross, a spazzy hardcore supergroup featuring Faith No More vocalist Mike Patton, ex-Slayer drummer Dave Lombardo, Planet B’s Justin Pearson — who has also played in the Locust, Head Wound City and a slew of other outfits — and guitarist Michael Crain, who works with Pearson in the band Retox.

“I’m on all kinds of shit,” Keith repeats over pulsating blasts of noise. He proceeds to unleash a stream of his patented X-rated putdowns. Around a minute in, the band comes roaring in at full blast, with Lombardo’s rapid-fire double-kick drums and Patton’s maniacal shrieks adding live-wire intensity. Crain’s trilling guitar line contrasts perfectly with Keith’s laid-back delivery.

The Frankensteined track is the work of producer-beatmaker Luke Henshaw, Pearson’s partner in Planet B.

“Everyone involved in this project seems like they are naturally into redefining genres,” Henshaw writes in an e-mail. “As Keith politely put it when I discussed pairing him with Dead Cross he said, ‘The weirder the better man, the weirder the better.’”

Dead Cross’ vocalist also gave the project the thumbs-up. “When I shared the idea and track with Patton, he said, ‘I love Keith, so to me it is a no-brainer,’” Pearson explains. “I have to say that I feel the same way. As odd as it is, it seems like a perfect match of musical absurdity, which is something this world needs.”