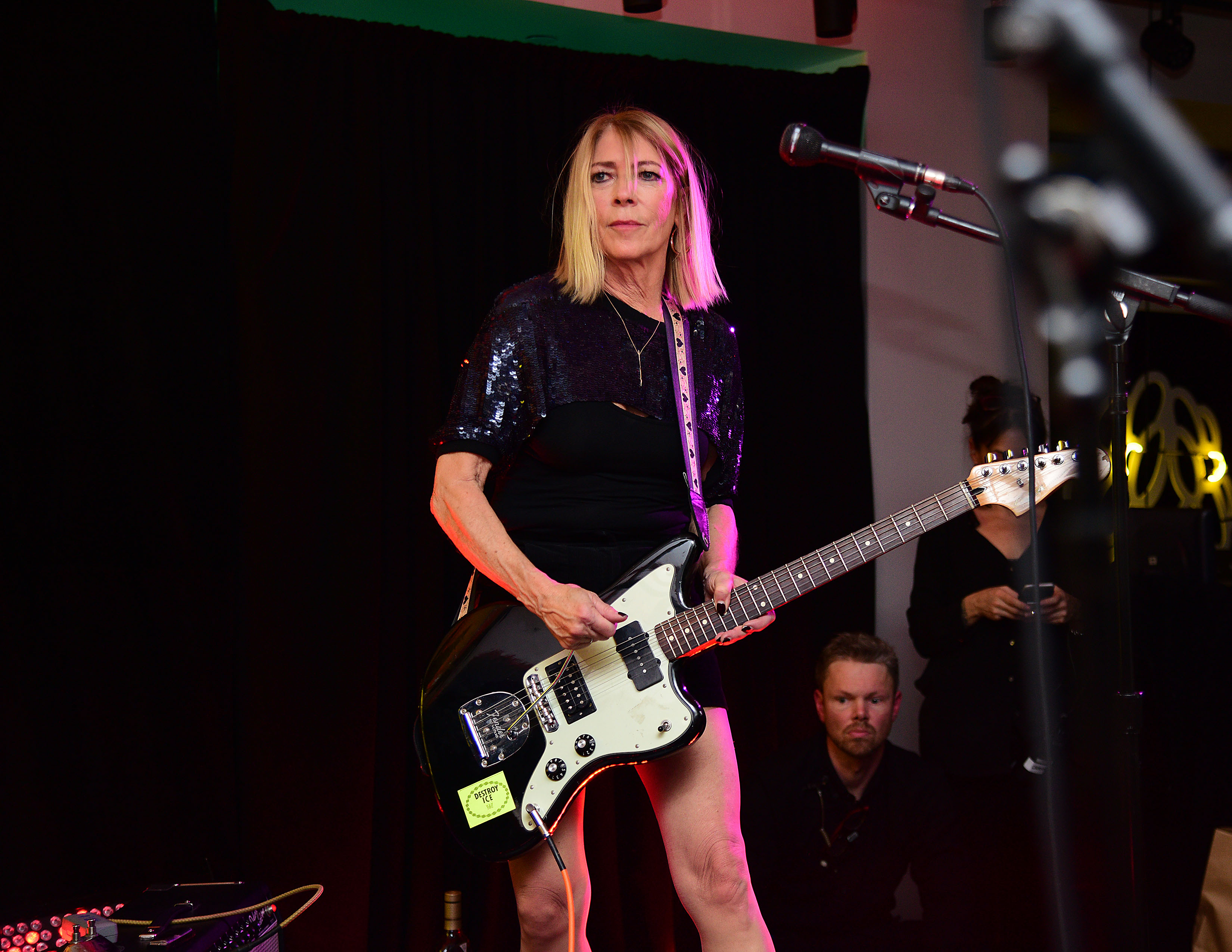 As Kim Gordon explains in the new “video” for her song “Air BnB,” the video was supposed to be shot in an actual Air BnB. “Think faux mid-century modern on top of the Hollywood Hills with a great view of the city and lots of grass,” she explains via title card, with the song playing over it.

But Gordon didn’t have the budget, so through title cards, she lays out the whole video treatment and lets the viewer imagine what the clip could’ve been like. (Think Young Thug’s DIY “Wyclef Jean” video, but a little more arthouse.) Gordon was supposed to be wearing “a red lace Rodarte top and a red leather cape” in a house entirely painted in black-and-white, with black-and-white cityscapes hanging on the walls. The musician would’ve been crawling across the floor, dragging her guitar around and rubbing it on furniture and household objects, until she slowly made her way outside and crawled into a tent next to the pool.

“‘Why a solo record? And why now?’ I don’t know, but it wouldn’t have happened without the persistence of Justin Raisen,” Gordon said in a statement. “Living in L.A. the last few years, it feels like home, but the transience of the place makes it feel sometimes like no home.”