Lee Ranaldo had an epiphany about his new album while wandering through a neighborhood in Winnipeg, Manitoba. Each street on his journey was named after a woman — just their first names — and as he walked by Lydia, Kate, Dagmar, Harriett and Juno, Ranaldo wrote those names down. He was fascinated by the fact that the names seemed to come from nowhere, with no explanation as to why each street bore that title.

“Somehow it became an impetus for the lyrics in terms of the people that drift in and out of one’s life, some significant, some fleeting,” he said in a statement. “I had this idea of using given names as a device that could inform some of the lyrics. It doesn’t play through all the lyrics, but quite a few employ this idea.”

The result is Names of North End Women, a joint album with Rosalía collaborator Raül Refree out February 21st via Mute. The video for the title track — an edit of Austrian avant-garde filmmaker Peter Tscherkassky’s 1999 film Outer Space — is out Wednesday. Refree previously worked with Ranaldo on his solo album, Electric Trim.

Although both are revered guitarists, the duo opted for a more experimental feel on Names of North End Women, using marimba, vibraphone, samplers, a vintage two-inch Studer tape recorder and a modified cassette machine to weave new tunes. “This record began as playing with samplers and cassette players,” Refree said, “as experimental music, musique concrete, poly-rhythms.”

Ranaldo dug poems out his archives for the lyrics, and repurposed bits and bobs written by author Jonathan Lethem, who also contributed to Electric Trim. The full tracklist is below: 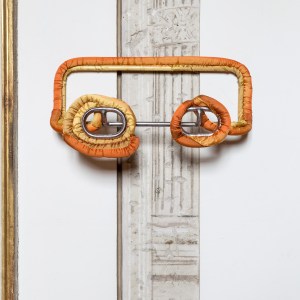