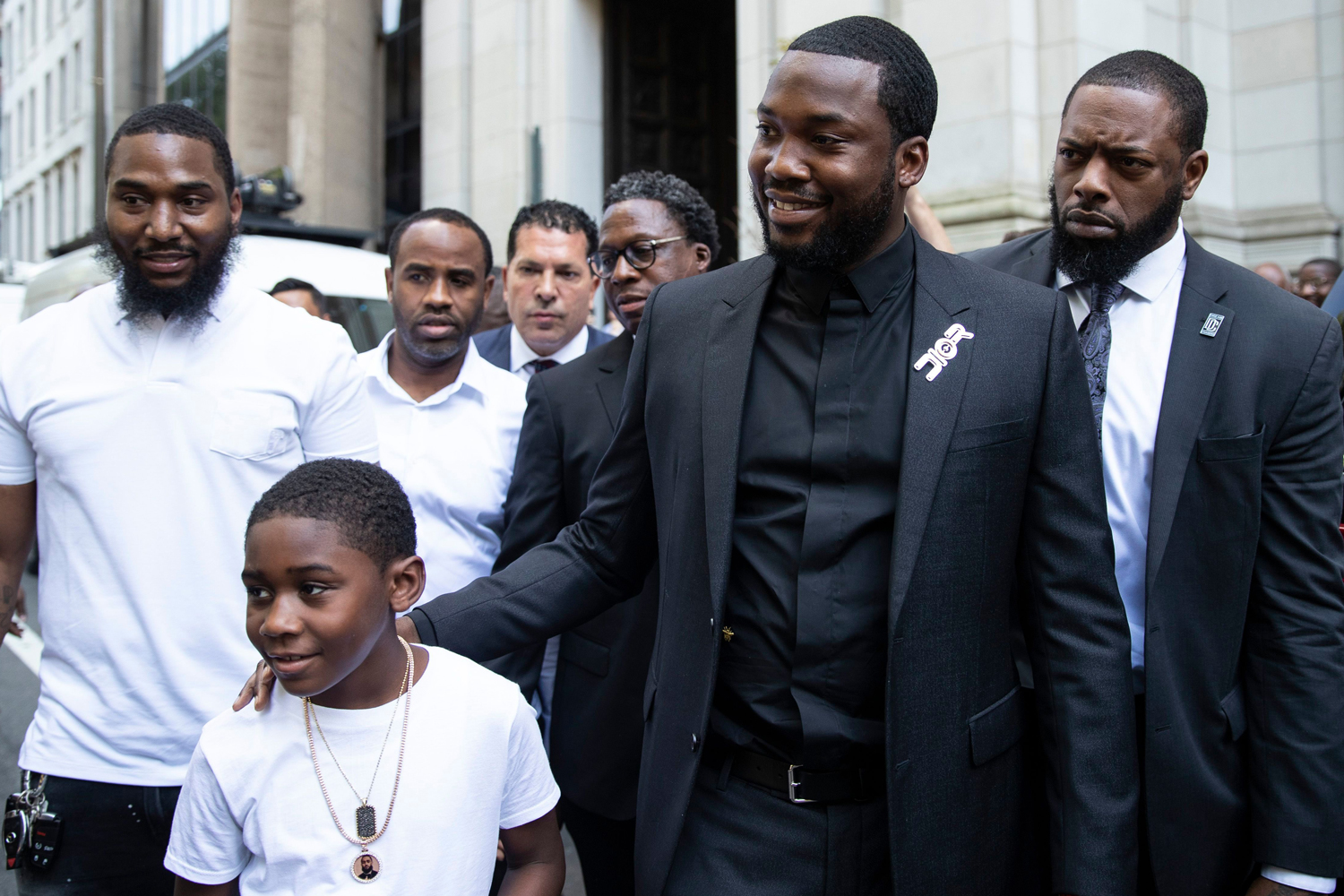 The Pennsylvania Superior Court has thrown out Meek Mill’s 2008 conviction on drug and gun charges, granting the rapper a new trial and judge based on new evidence of alleged police corruption. “We conclude the after-discovered evidence is of such a strong nature and character that a different verdict will likely result at a retrial,” the judges wrote in court documents.

In a statement, Mill wrote that he’s “ecstatic” about the outcome. “I’d like to thank the Pennsylvania Superior Court judges for their wisdom and transparency in reviewing my case, unanimously overturning my conviction and granting me a new trial,” he said. “The past 11 years have been mentally and emotionally challenging, but I’m ecstatic that justice prevailed.”

He continued, “This positive outcome wouldn’t have been possible without the support of my family, my attorneys, Jay-Z, Desiree Perez, Michael Rubin, the Philadelphia District Attorney’s office and my supporters who have stood with me through the ups and downs. Unfortunately, millions of people are dealing with similar issues in our country and don’t have the resources to fight back like I did. We need to continue supporting them. I’m committed to working with my team at the REFORM Alliance to change these outdated laws and fix our broken criminal justice system.”

The rapper also shared a news report of the legal ordeal on Instagram, writing, “As of right now I’m not on probation and I am not a felon anymore. Today was mega!!!”

Rubin, co-chair of the REFORM Alliance, said in a statement that he’s “thrilled” that Mill has been granted a new trial and, “for the first time in his adult life, he’s no longer on probation and has no criminal record.” He continued, “Time after time, I’ve watched the criminal justice system railroad Meek, but through it all, he’s handled this adversity with extraordinary strength and poise. But the fight isn’t over — there are still millions of people unfairly trapped in the legal system. Meek, myself and our team at the REFORM Alliance are working feverishly to address these issues in a meaningful way and with transformative legislation.”

Mill – real name Robert Rihmeek Williams – was arrested in 2007 at age 19 by police officer Reginald Graham, who subsequently resigned after the Philadelphia Police Department Board of Inquiry found him guilty of theft and lying. Prosecutors for the district attorney’s office acknowledged they wouldn’t call Graham to testify at the new trial.