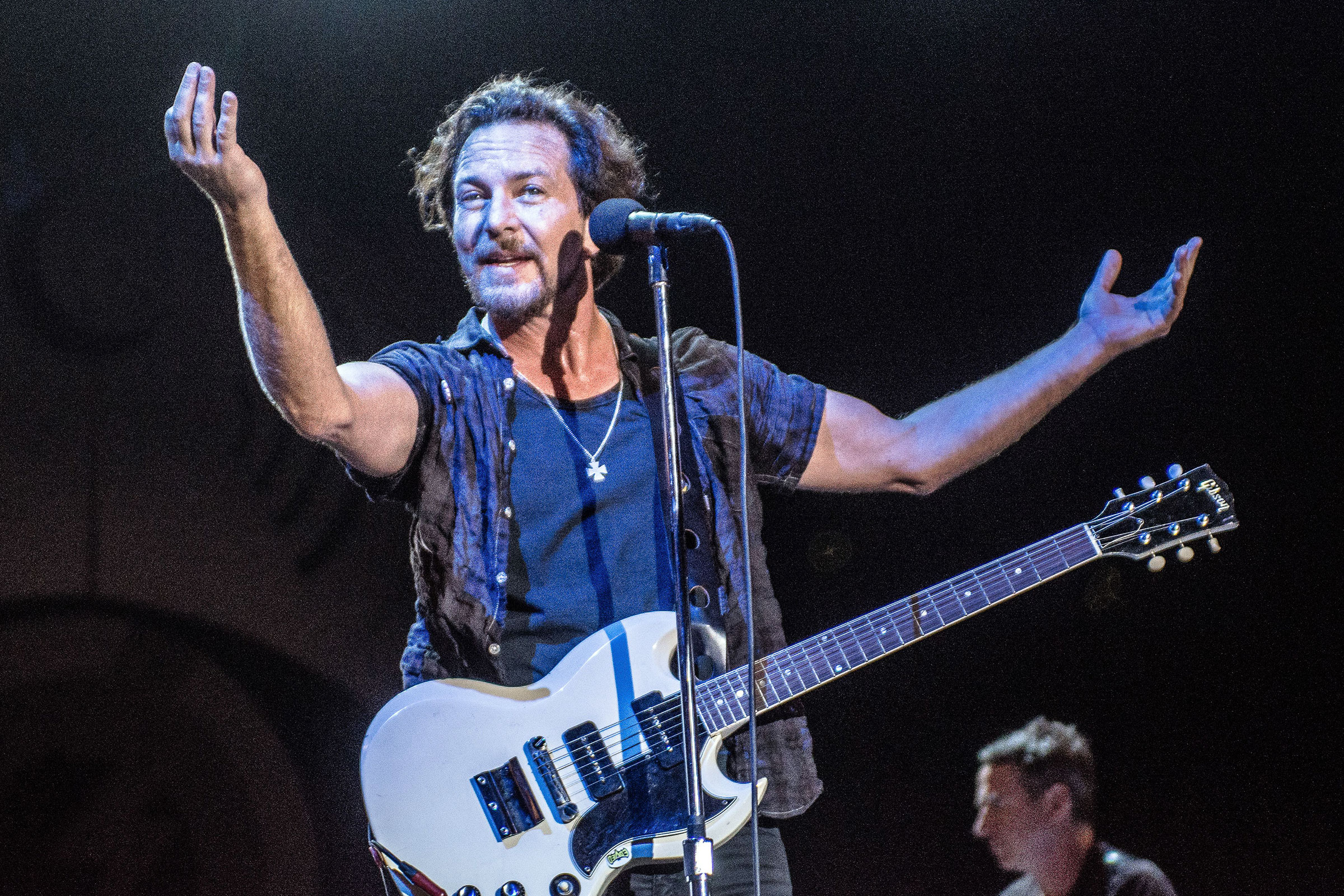 Pearl Jam emerged from a long slumber today by announcing not just a European tour, but also the news that their fan club holiday singles will be released to streaming services.

They are rolling out the songs one at a time under the banner 12 Days of Pearl Jam, beginning today with Stevie Wonder’s “Someday at Christmas.” It’s unclear which one will come next.

Pearl Jam started the tradition of releasing holiday songs back in 1991 when they dropped “Let Me Sleep (Christmas Time)” as a vinyl single to members of their fan club. They continued the custom nearly every year until 2017, covering “Don’t Believe in Christmas” by the Sonics, “I Believe in Miracles” by the Ramones, “Sonic Reducer” by the Dead Boys and several other songs.

In 1998, a cover of Wayne Cochran’s 1961 classic “Last Kiss” was released on a holiday single and became one of the biggest hits of their career.

This has been the first year in Pearl Jam history that the group didn’t perform live, although Eddie Vedder did play numerous solo gigs. This morning, they announced a 2020 summer tour in Europe that kicks off June 23rd in Frankfurt, Germany and wraps up July 22nd in Amsterdam, the Netherlands. It is unknown if the tour will bring them to America at any point.

The status of their followup to 2013’s Lightning Bolt is also unknown, but this is the longest they’ve ever gone without releasing a new album. “We’ve been busy toiling in the studio on and off for seven years,” guitarist Mike McCready told Rolling Stone in November. “We’re working at our own pace, and doing some music right now, and it’s cool and different and I’m excited about it. But we’re not finished with anything yet. So I wish I had an answer for you, but know that we are recording right now. We’re excited to be playing together again.”