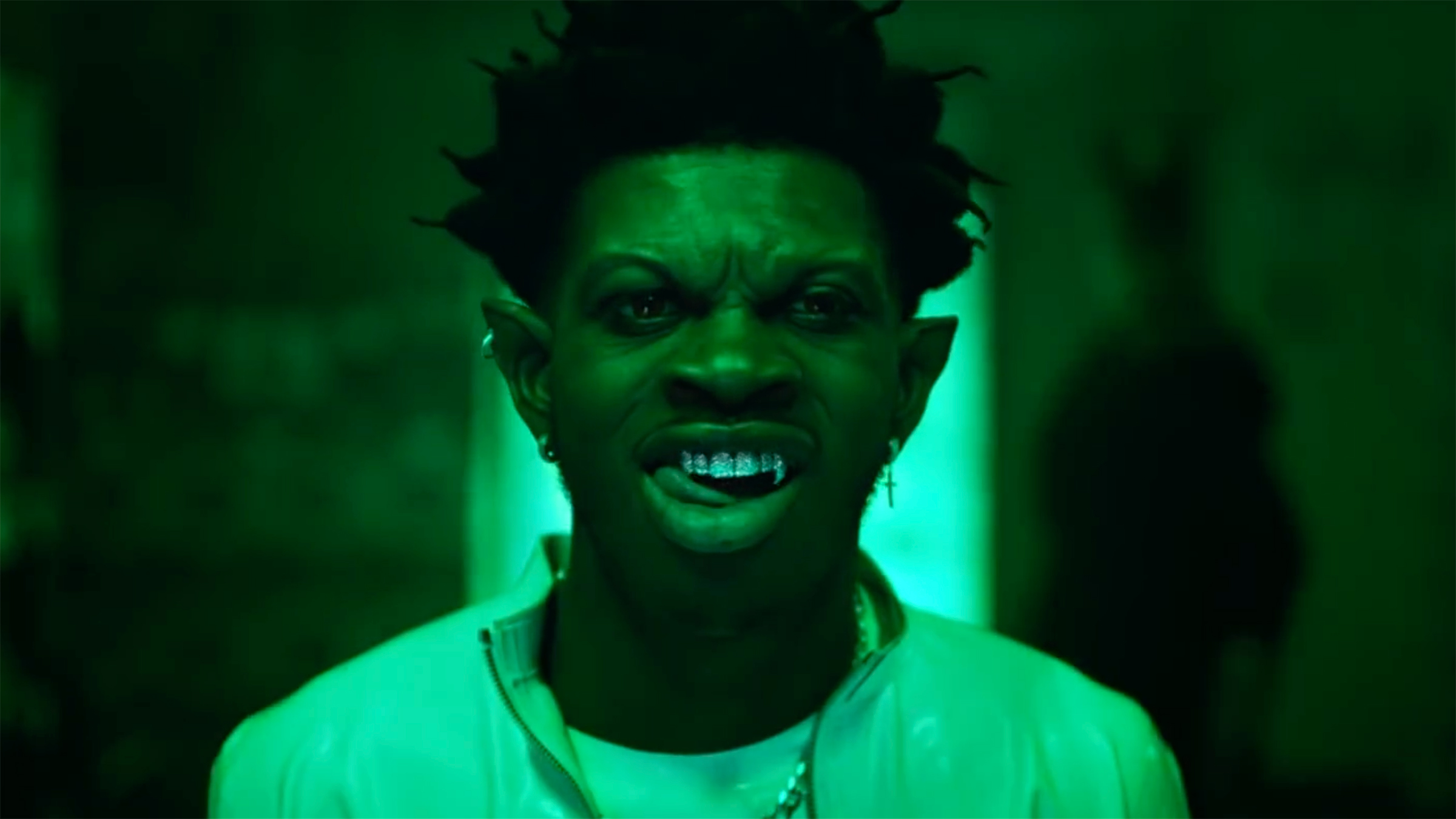 When “Old Town Road” rapper Lil Nas X asked Bradley & Pablo to direct his video for “Rodeo,” the Los Angeles directors were ecstatic. The duo had directed music videos for Rosalía, Mark Ronson and Charli XCX, but they had never been approached with an idea as bonkers as this: a hybrid “Vampire-Matrix” plot.

“We had written a vampire bite story last year and had been impatiently waiting for the right opportunity to use it,” the directors tell Rolling Stone via email. “The Matrix swing on it took it to a whole new world that we fell in love with right away.”

Released earlier this month, “Rodeo” opens with Lil Nas X in a phone booth, receiving a haunting phone call. He gets bitten by a vampire, and things take a turn for the worse. “Big Nas” also appears, as he and Lil Nas X rap together inside an eerie pharmacy — an homage to Natural Born Killers.

“We found bridges to draw a lot of the references together to make a super assemblage,” the directors say. “For example, the intro was an adaptation of a phone call from Scream 2 blended with Saw/The Miracle Worker, and the phone booths are used to get transported out of the Matrix. Nas brought key points to us like the Hulk jumping over the cars at the end, and the movie Belly as a lighting and glowing pupil reference.”

Other nods include Michael Jackson’s “Thriller,” Mulholland Drive, Buffy the Vampire Slayer, Nightmare on Elm Street — and anything else directed by Wes Craven. “His movies were particularly influential when we were thinking about the look of the film,” they say. “We are really inspired by ‘super genre’ movies that mash up genres and don’t play by the rules. Literally anything goes. Tarantino is [also] a great example of this. That was very much the approach we wanted to take.”

“Rodeo” was filmed in east Los Angeles over the course of two days in January. They shot in a supermarket as well as underneath a bridge. It was completed and delivered two weeks later. “As with most music videos, we are ambitious with what we want to shoot so the days are full-on, non-stop fast decision making and problem-solving,” they say. “It was hard and fast! But we do secretly enjoy the pace and intensity.”

The directors note that the end result was a modern twist on these classic films, with a diverse cast and the hip-hop cowboy superstar at the center. “We think the references work because they are blended together like a cosmic explosion of pop culture that creates a fabulous unique universe,” they say. “We wanted to rewrite the references with a 2020 inclusive vision of what these magical worlds can look and feel like.”