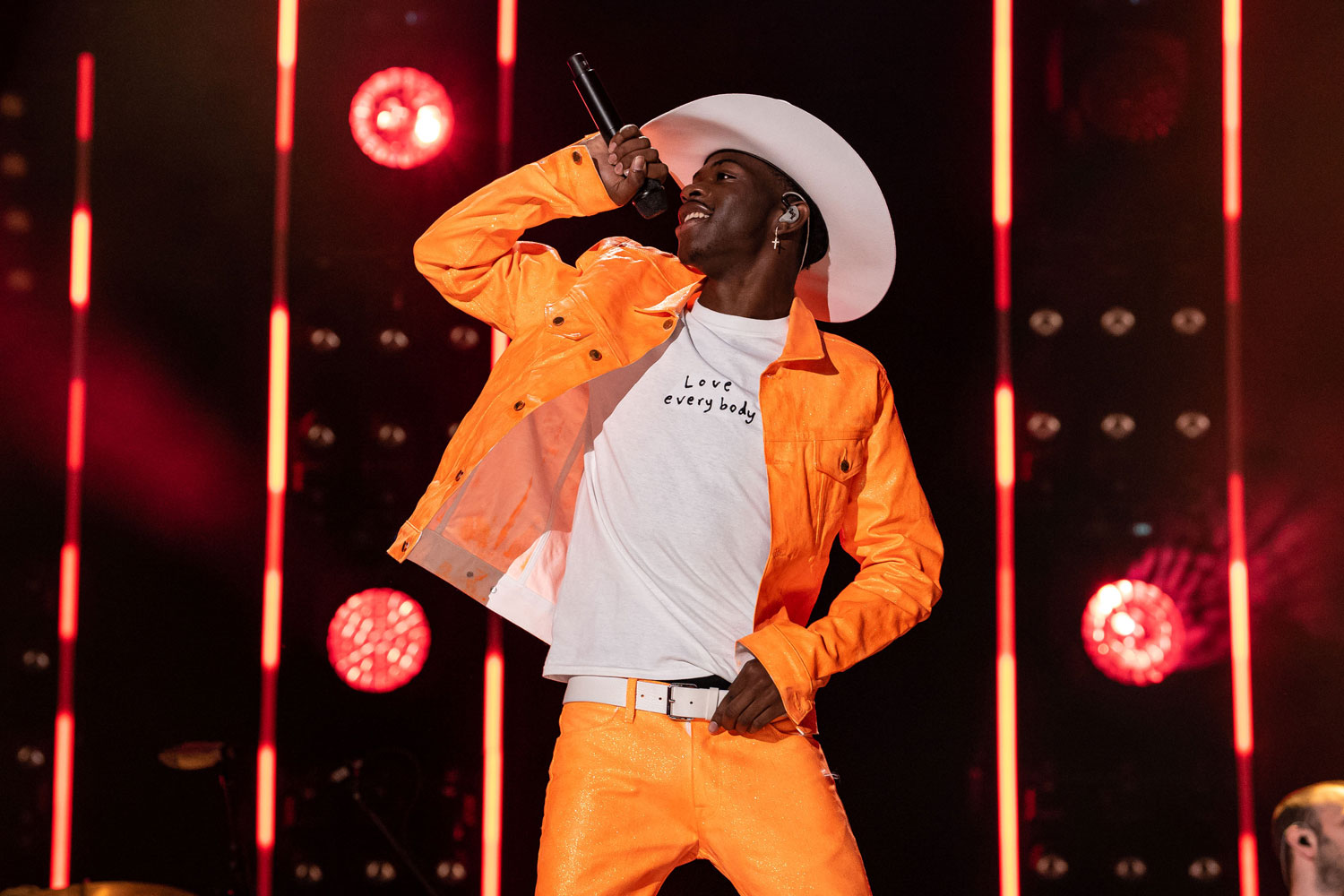 Summer 2019 continues to belong to Lil Nas X: The 20-year-old genre-crossing artist has three songs in the Top 10 of Rolling Stone‘s first-ever Top 100 chart, which covers the week from June 21st through June 27th. Lil Nas X’s new single “Panini” debuts at Number Four, “Rodeo” featuring Cardi B lands at Number Nine, and “Old Town Road,” the de facto song of the summer, reigns at Number One, according to the analytics company Alpha Data, formerly known as BuzzAngle Music. With over 58 million streams, “Road” has more than quadruple the streams of other long-burning chart songs such as the Jonas Brothers’ “Sucker” (No. 15; 9.7 million streams) and Post Malone’s “Wow.” (No. 16; 14.2 million streams).

The Rolling Stone Top 100 chart tracks the most popular songs of the week in the United States. Songs are ranked by Song Units, a number that combines audio streams and song sales using a custom weighting system. The chart does not include passive listening like terrestrial radio or digital radio. The Rolling Stone Top 100 chart is updated daily, and each week Rolling Stone finalizes and publishes an official version of the chart, covering the seven-day period ending with the previous Thursday.

The only recently released song in the Top Ten not by Lil Nas X belongs to Shawn Mendes and Camila Cabello, who debuted at Number Two with “Señorita,” thanks to an impressive 38.8 million streams. The rest of the Top Ten is occupied primarily by Drake — who appears with Rick Ross on “Money in the Grave” and Chris Brown on “No Guidance” — and a group of relative newcomers enjoying breakout hits: Lizzo (“Truth Hurts,” Number 6), Billie Eilish (“Bad Guy” Number 7), DaBaby (“Suge;” Number 10). Taylor Swift’s glossy anthem “You Need to Calm Down” lands at Number Eight.

A few other artists made notable debuts on this week’s Top 100. Nicki Minaj’s “Megatron” arrived at Number 14 thanks to 16 million streams. Rising rapper Lil Baby launched “Out the Mud,” a fierce collaboration with Future, up to Number 27 with more than 10 million streams. And Y2K and bbno$’s “Lalala,” which has performed well on the popular app TikTok, landed at Number 48.