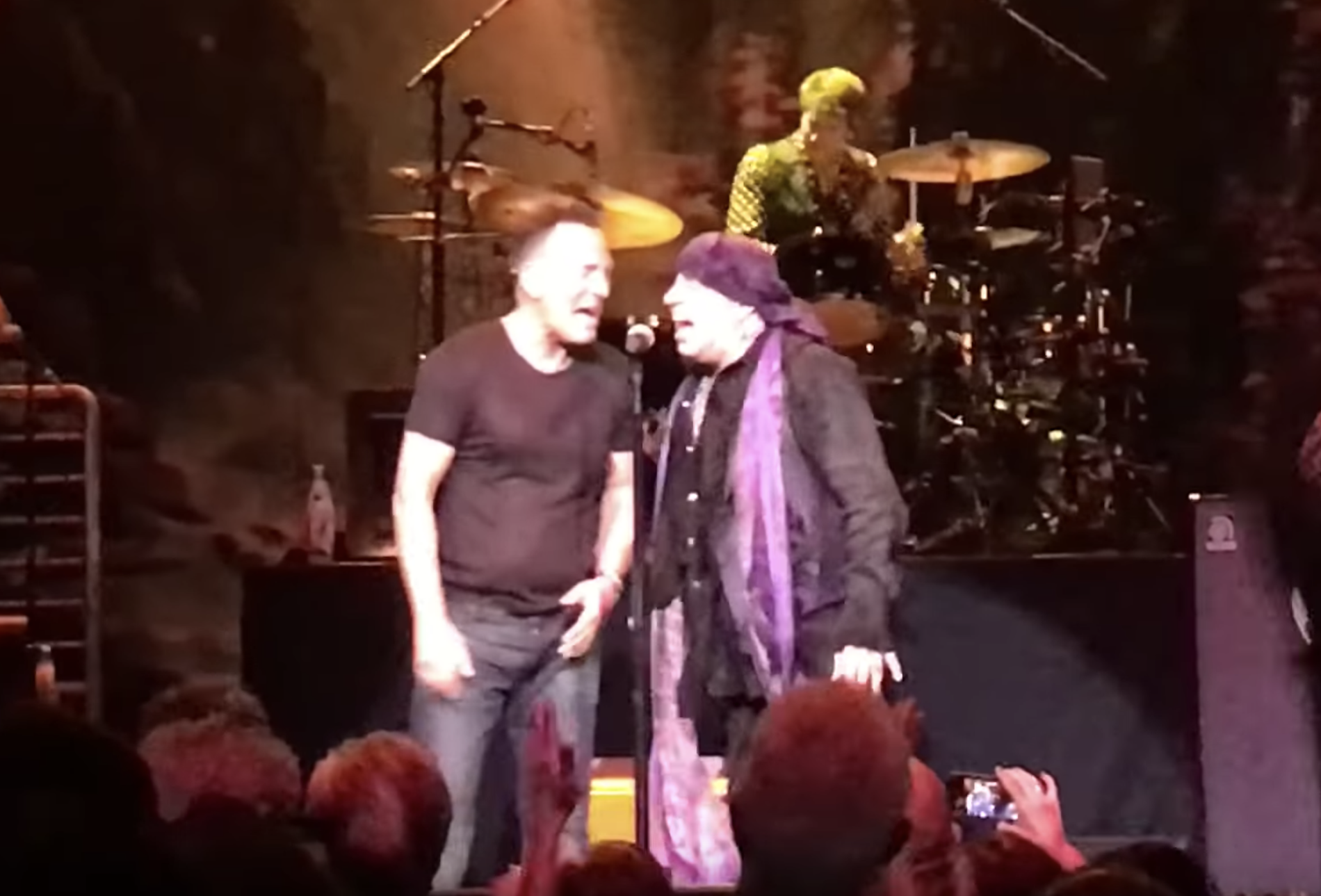 Little Steven and the Disciples of Soul were nearly done with their show at the Saban Theater in Beverly Hills, California on Saturday night when the band kicked into “Tenth Avenue Freeze-Out,” causing many in the crowd to frantically reach for their cellphones because they knew exactly what that meant: Bruce Springsteen was in the house. Sure enough, he walked out of the wings to sing the 1975 Born To Run classic along with “Sun City” and “I Don’t Want to Go Home” as the crowd went insane.

Springsteen’s appearance at the show was widely predicted by fans after he announced he’d be appearing at a Netflix event in Los Angeles that happened to take place the day after the Little Steven concert. He played with Little Steven and the Disciples of Soul at some of their earliest shows after reforming in 2017, but this is the first time they’ve done “Sun City” together. Van Zandt recently brought the song back into his repertoire after a journalist in New Zealand told him how popular it was in his country.

The appearance at this Little Steven show caps off a busy few weeks for Springsteen. He made his first live appearance of 2019 at the Kristen Ann Carr Benefit on April 13th. Twelve days after that, he announced his new album Western Stars and shared the track “Hello Sunshine.” Just two days after that, he made a surprise appearance at the Asbury Park Music and Film Festival to share unseen concert video from his vault. He’s appearing alongside Martin Scorsese Sunday night at the opening of Netflix’s third annual FYSEE experience in Los Angeles.

His plans for the remainder of 2019 are a mystery. Western Stars comes out on June 14th, but it’s unclear if he’ll tour behind it. Springsteen has gone on the road to support all of his prior albums with the exception of 1982’s Nebraska.