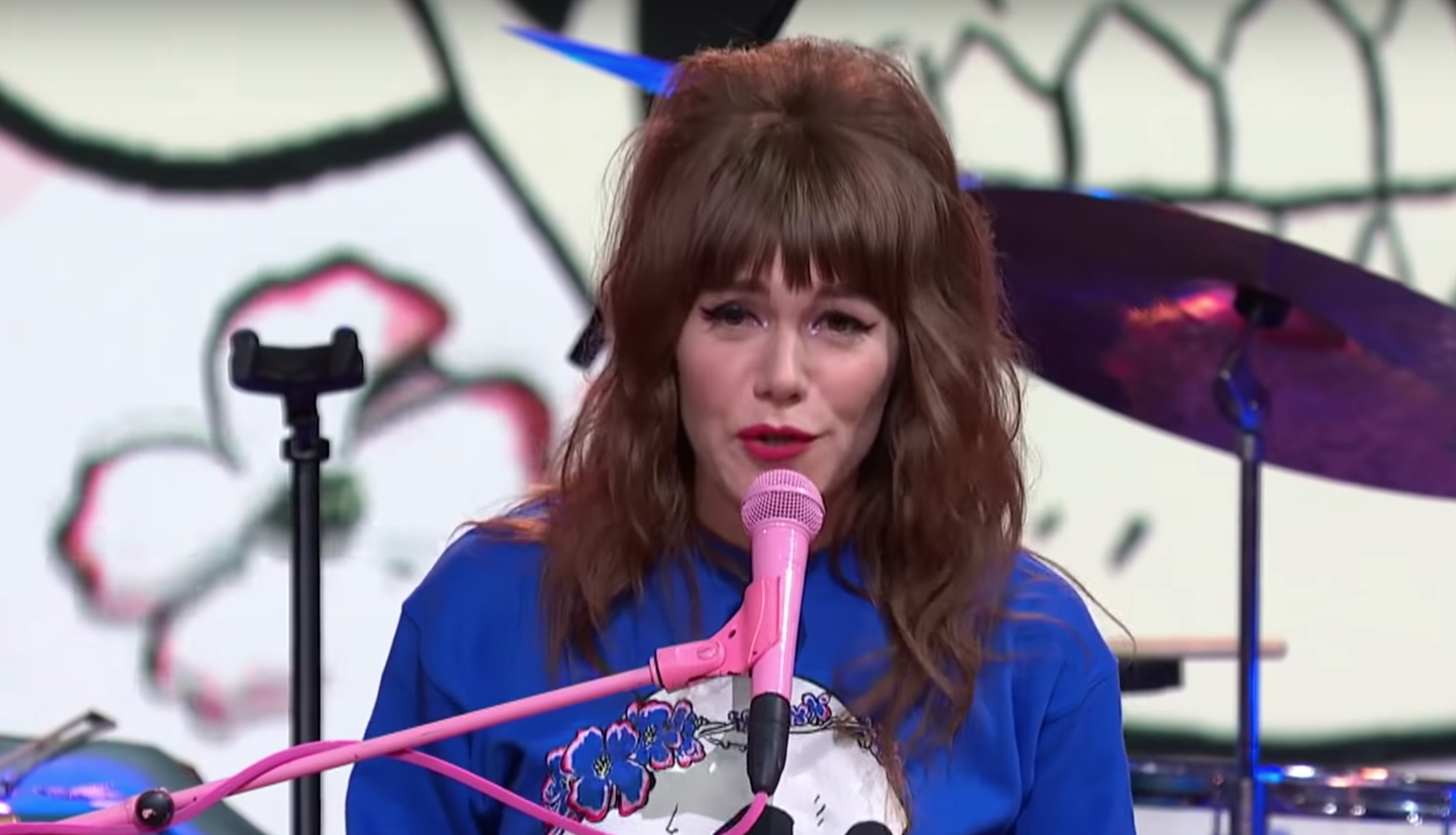 Jenny Lewis and her band performed a whimsical “Wasted Youth” from her fourth solo album, On the Line, during The Late Show With Stephen Colbert on Monday. She and her seven-piece band wore matching outfits with flower crown-adorned skulls in front of a flower motif backdrop.

While the song’s title recalls themes of her own difficult childhood, the performance captures the playful side of being young. On a colorful upright flanked with two bright pink phones on display, Lewis played the jaunty melody buoyed by a string section. “Why are you lying?/The bourbon’s gone/Mercury hasn’t been retrograde for that long, oh no,” she sang into her pink microphone before the chorus, which was echoed by the colorful illustrated poppies on the screens behind her. “I wasted my youth on a poppy… just for fun.” A shower of pink and blue balloons from above added to the youthful display.

Lewis has added several headlining dates to her tour in support of On the Line, which begins next month. The new dates include a Kings Theatre performance in Brooklyn, New York on October 24th, October 28th at Upstate Concert Hall in Albany, New York, October 31st in Toronto, Ontario at Danforth Music Hall and November 2nd at State Theatre in Portland, Maine. Tickets for the new dates go on sale on Friday.