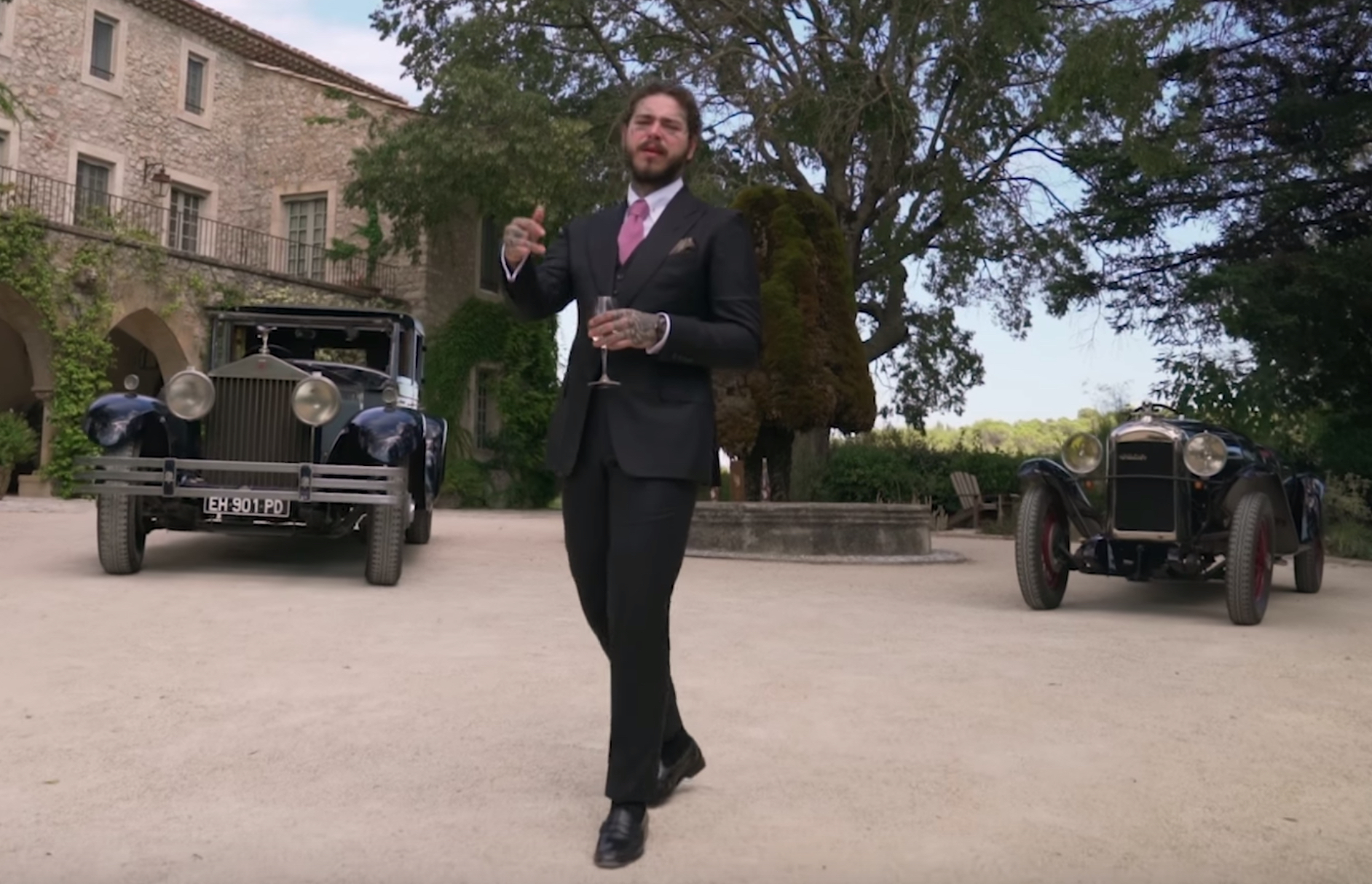 Post Malone is reveling in the good life in his new video for “Saint-Tropez.” The track appears on his third studio album, Hollywood’s Bleeding, which he released on Friday.

In the Chris Villa-directed clip, Post Malone counts down the items he can check off his bucket list after putting in the work to find success. The rapper is seen in lavish settings that include hanging at an estate in the hills, strolling scenic vantages, showcasing a fleet of fancy white cars and toasting the spoils with champagne.

“I money ball like Bradley Pitt/I worked so hard for all this shit,” he sings. “Pumpin’ out classics/In the Batmobile, going batshit.”

Post Malone hits the road this month for his Runaway Tour with Swae Lee, which launches on Saturday in Tacoma, Washington at Tacoma Dome and runs through the fall, culminating on November 21st at The Forum in Los Angeles, California. On November 2nd, he hosts his second Posty Fest at the AT&T Stadium in Arlington, Texas, where he’s slated to perform with Pharrell Williams, Meek Mill and Rae Sremmurd, among others.