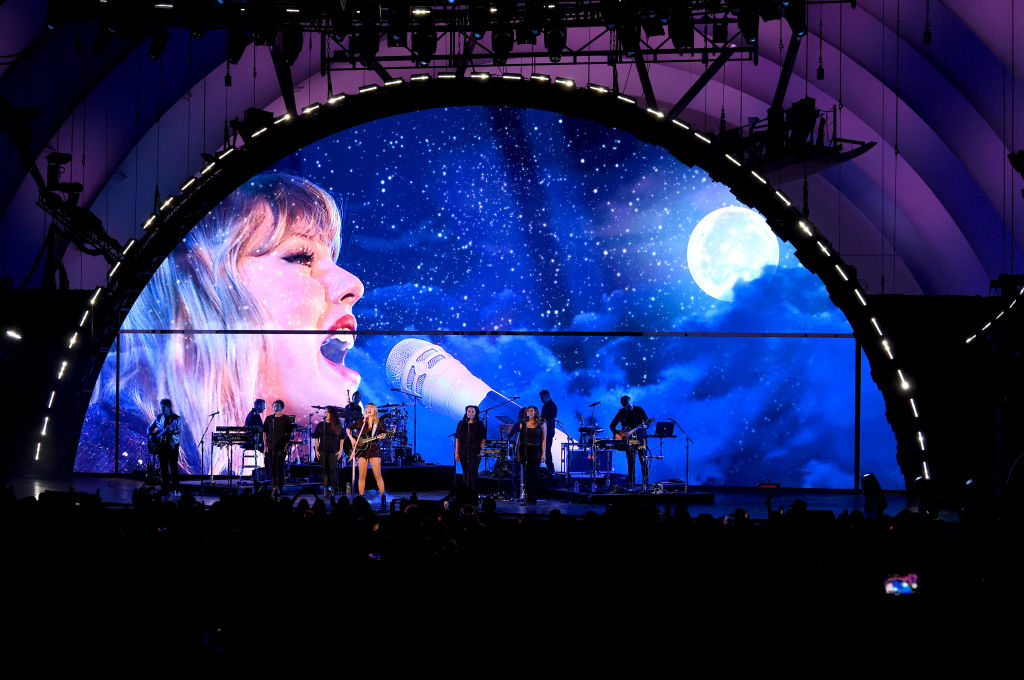 Taylor Swift, Billie Eilish, Lizzo and more gathered at Los Angeles’ Hollywood Bowl Saturday to perform an intimate night of music for the 7th annual We Can Survive benefit.

The event—which supports the American Cancer Society—also featured performances from Camila Cabello, Jonas Brothers, Marshmello and Becky G, as well as a surprise set from Halsey.

For Swift’s set, she performed 1989 single “Blank Space” followed by “Me” and delivered an emotive performance of “Lover” from her 2019 album. The “You Need To Calm Down” singer also delivered her songs with a pink microphone in honor of Breast Cancer Awareness Month.

At the event, Lizzo performed her single “Truth Hurts” from 2019’s Cuz I Love You, which she exclaimed was “the No. 1 song in the country.” The singer also delivered a heartfelt speech telling the crowd, “I want people to feel good! We can heal the world but first we have to heal ourselves. Your energy is important tonight.”

Additionally, Eilish delivered a melodic rendition of “Idontwannabeyouanymore” from her 2019 LP When We All Fall Asleep, Where Do We Go?

Over $135,000 was raised from ticket sales and Twitter activations from fans with additional donations raised by the performers who “bowled for a cause” backstage at We Can Survive. Eilish, who had never bowled before, earned a strike raising $10,000 for the American Cancer Society.