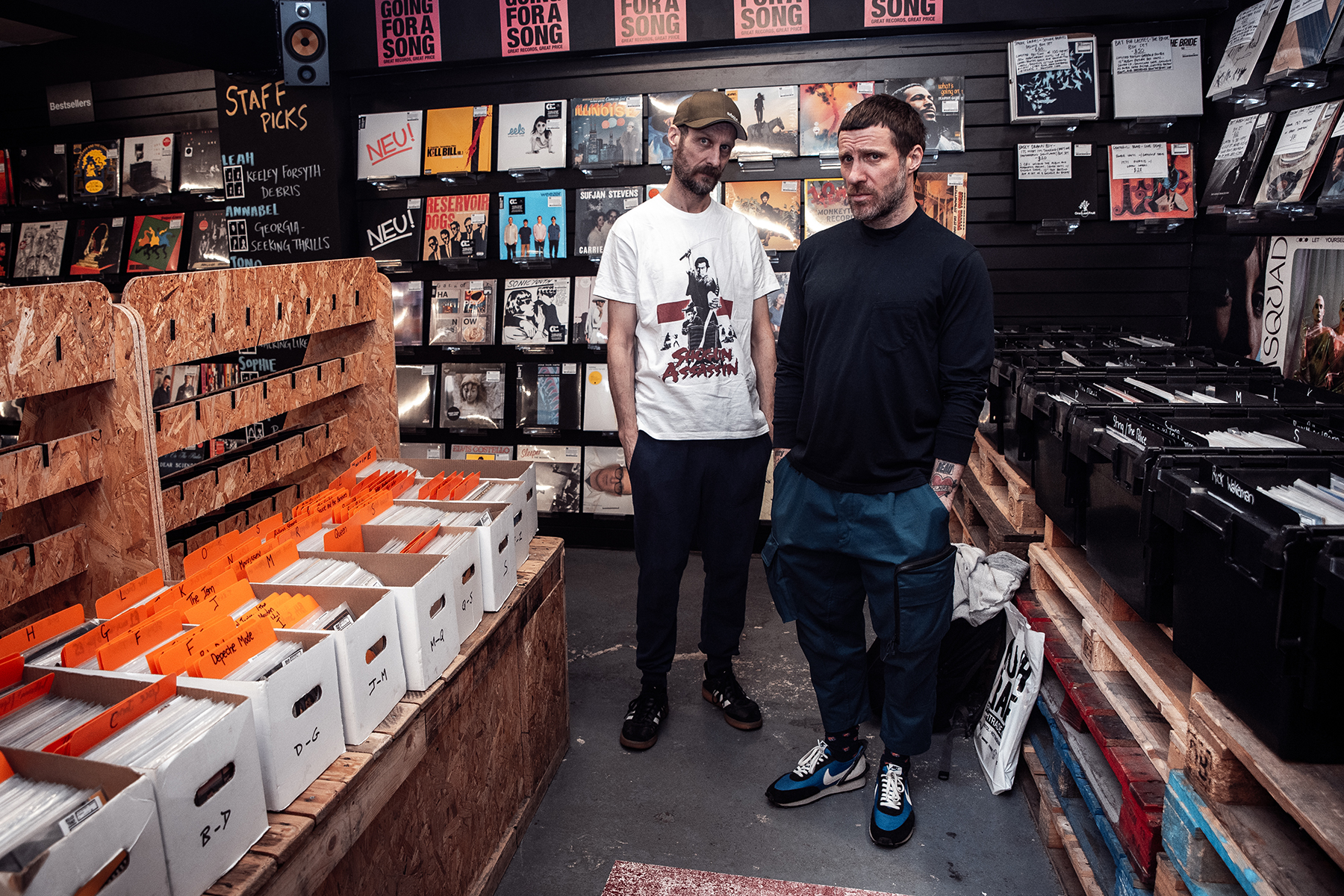 British punk duo Sleaford Mods go on a ferocious tear in a new live video for their 2014 song, “Tweet Tweet Tweet.” The video arrives alongside announcements that the band will release a new compilation, All That Glue, May 15th via Rough Trade, and embark on an East Coast tour in September.

“Tweet Tweet Tweet,” off Sleaford Mods’ 2014 album, Divide and Exit, is a barebones but incendiary track that takes on the far-right UK Independence Party, conditions for working class people in England and the vain and futile exercise of just tweeting through it. The gritty new live clip, filmed at the Hammersmith Apollo in London last November, boasts thrilling close-up shots of vocalist Jason Williamson tearing through the song and interjecting a few new ad libs, “Fuck my country, lump it in the bin.”

As for Sleaford Mods’ new compilation, All That Glue will boast a mix of fan-favorite tracks, plus previously unreleased songs, B-sides and other rarities. Prior to the record’s release, the band will make one such track, “Jobseeker,” available on streaming platforms for the first time in years.

Sleaford Mods will embark on the East Coast leg of their North American tour September 23rd at the El Club in Detroit, while the run wraps October 7th at Lincoln Hall in Chicago. Tickets for the September dates go on sale February 28th at 10 a.m. local time. The band has a West Coast run already scheduled for the spring, starting with an April 11th set at Coachella and wrapping April 24th at the Teragram Ballroom in Los Angeles.

All That Glue Tracklist