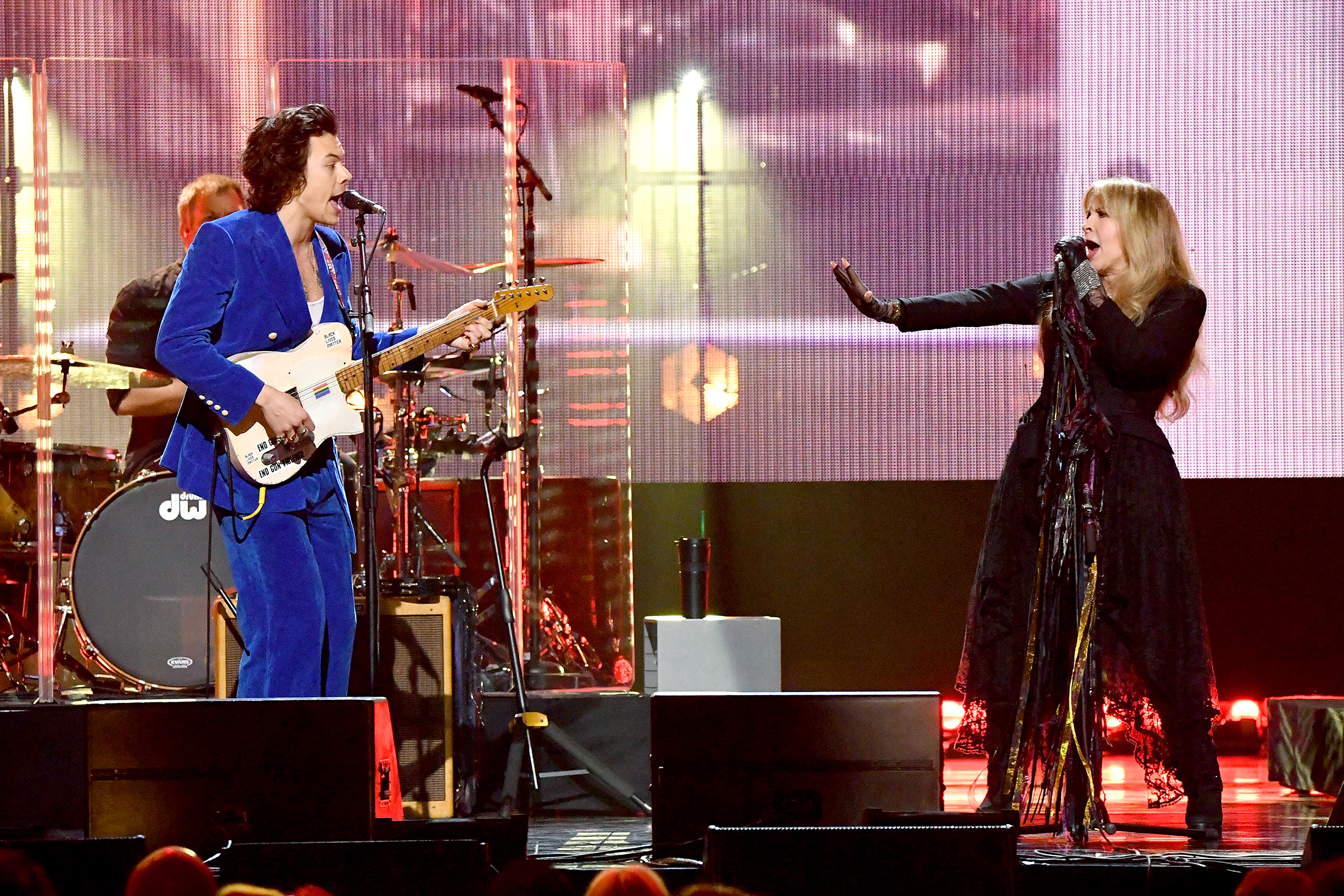 Stevie Nicks kicked off the 2019 Rock and Roll Hall of Fame ceremony with her windblown classic, “Stand Back.” She paid tribute to its inspiration and co-writer Prince with purple lights bathing the audience. She twirled 11 times during the guitar solo with her (original!) gold and black shawl cascading around her.
She followed with “Leather and Lace,” with Henley slowly walking to the front of the stage from the back. They locked eyes as they harmonized through the duet. After Henley exited, she introduced former One Direction star Harry Styles, who took over the Tom Petty part of “Stop Draggin’ My Heart Around.” He played with guitar in hand, skillfully filling in for a rock legend. “Edge of Seventeen” followed after Nicks explained that she didn’t realize it would be “the last song in my set for the rest of my life.” It was a raucous, tambourine-smashing end.

Styles returned to the stage to reverently induct his hero, whom he called “God.” He began with the incredible fact that said it all: “Stevie Nicks is the first female artist to be inducted into the Rock and Roll Hall of Fame for the second time.” The crowd roared. And he said it again. The pair have performed together on two separate occasions: Nicks joined Styles on stage two years ago at the Troubadour for his album release show, and Styles later joined Fleetwood Mac at 2018’s MusiCares Benefit tribute to the band where he sang on “The Chain” with the whole group.

Henley and Nicks have had a long friendship. The pair initially dated in the late Seventies, and Henley later appeared on Nicks’ debut album Bella Donna in 1981. “Leather and Lace” was a Top 10 hit for the pair, though Nicks had originally written the song for Waylon Jennings and Jessi Colter’s duet album of the same name.

“Don always treated me very special,” Nicks has said of Henley in the past. “He always treated me like we were married. He still does every time I see him. I think he found in me something he has not probably found since […] He found a very different girl in me than in most of the women he was used to hanging out with, and we had a very special relationship because of that.”