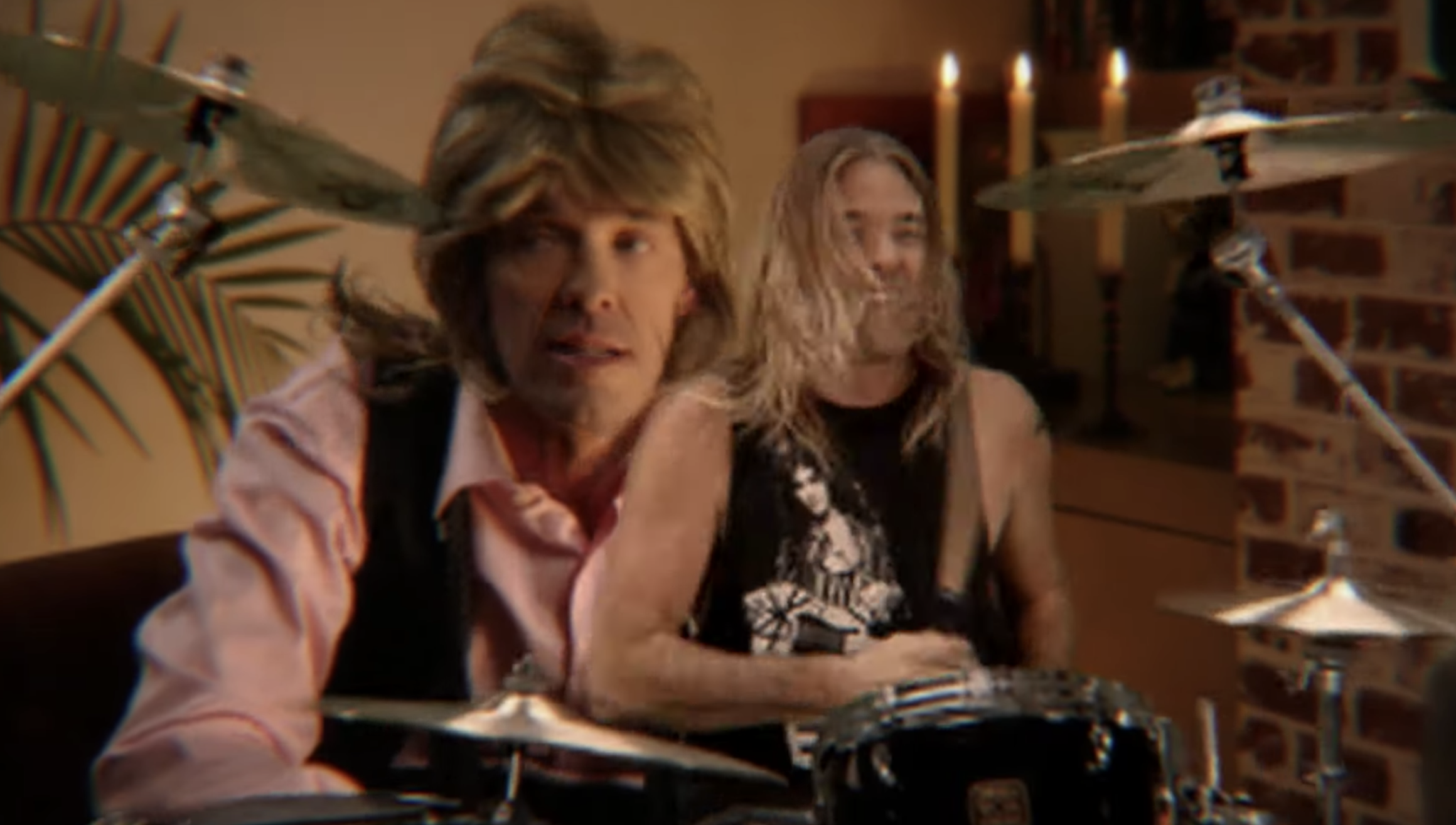 Taylor Hawkins has shared his guest-filled new video for “I Really Blew It,” the first video from the Foo Fighters drummer and the Coattail Riders’ just-released new album Get the Money.

Like the album itself, “I Really Blew It” features appearances by Hawkins’ fellow Foo Dave Grohl — here a disembodied head in the fireplace that delivers the song’s title — as well as Perry Farrell, who fronts a miniaturized band in the bizarre visual. To complete the “1970s late-night music video TV show vibe,” “I Really Blew It” also features a Hall & Oates spoof.