Home Music News The Zombies on Their Overdue Rock Hall Induction: ‘This Is a Life-Defining... 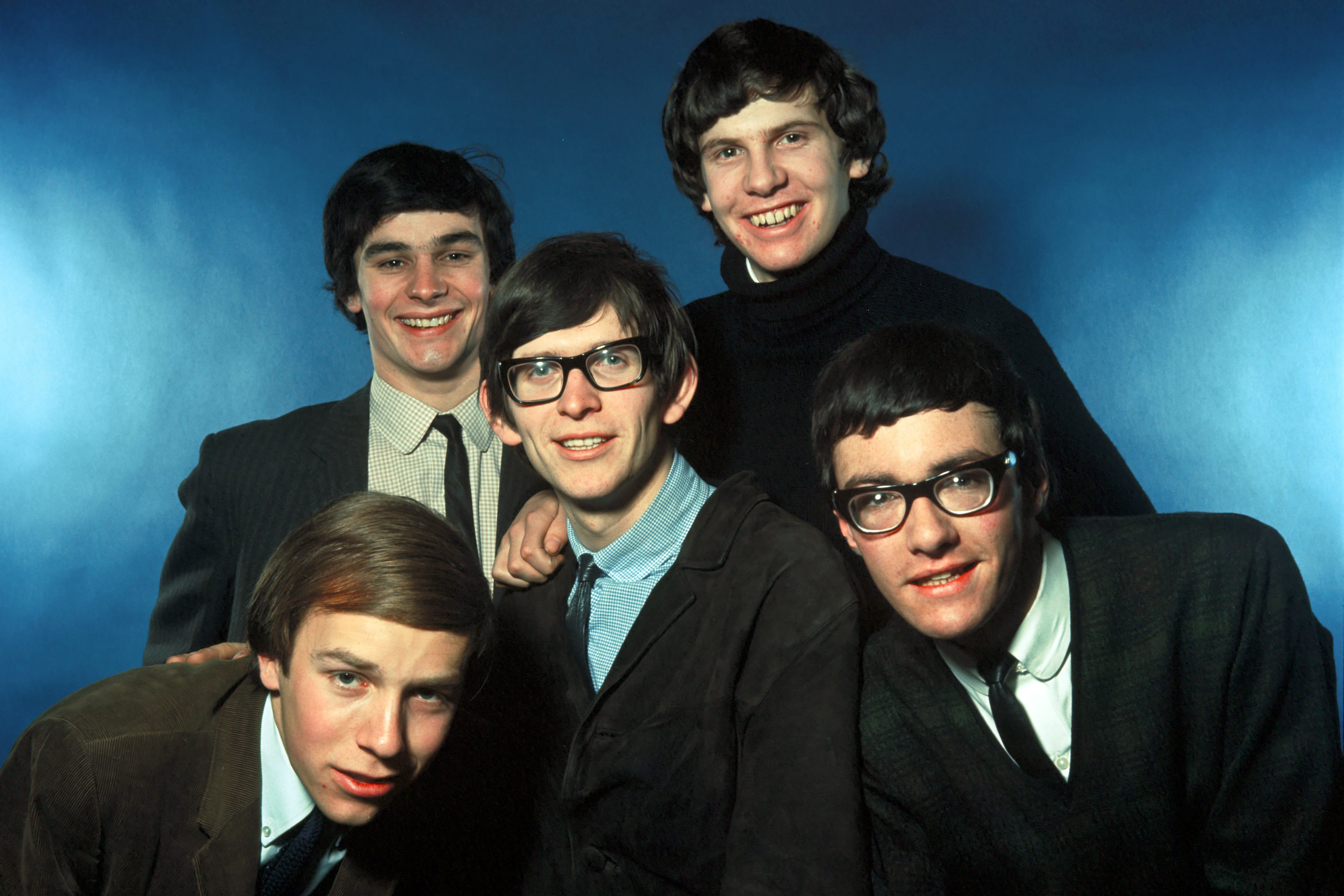 Few bands that have entered the Rock and Roll Hall of Fame have had to wait quite as long as the Zombies. The British Invasion group — best known for their hits “She’s Not There” and “Time of the Season” — have been eligible for induction since 1989, but they didn’t even appear on a ballot until 2014 and it took three more tries before they finally got in this year. When we phoned up frontman Colin Blunstone and keyboardist Rod Argent they weren’t even remotely bitter about the wait. In fact, they were both absolutely ecstatic that it finally happened. We spoke to them separately, but combined the conversations into a single Q&A.

Congratulations!
Blunstone: It’s absolutely incredible. I’m just thrilled. It’s wonderful news. First of all, to think that 330,000 people voted for us in the fan vote and then, on top of it, to have the members vote for us as well … Peer-group acceptance is such a wonderful thing for any artist. It really is just incredible news. It’s one of the most exciting days in my professional career, I think.
Argent: It was just great to hear about the fan vote, but at the last minute I thought that I couldn’t quite believe this was actually going to turn the corner and happen. When [our manager] Cindy [da Silva] called me and said, “I just have to tell you that you have been elected,” I was absolutely and completely delighted.

Are you surprised that this happened?
Blunstone: That’s an interesting question. The thing is, this is our fourth nomination. I suppose that there’s a part of you that wonders if our nomination could ever turn into an induction. You do start to doubt that it could happen. I’ve tried to be fairly philosophical about it and tell myself that if we don’t get inducted, it’s just a bit of fun. Don’t take it too seriously. But of course when you’re actually inducted everything changes and you think, “This is a career-defining … a life-defining moment.”
Argent: When I was a kid, Elvis [Presley] seemed like someone from another galaxy. American culture and American music of that sort seemed so far away from anything that I could aspire to at that moment. To think that all these years later, I’m on the same roster as Miles Davis, Ray Charles and all my heroes that have been inducted into the Rock and Roll Hall of Fame, it just feels like a complete honor.

Blunstone: To some degree, I think it kind of validates everything we’ve done. I feel that the first incarnation of the band that finished in 1967, we perceived ourselves as being unsuccessful. That was one of the main reasons that everyone decided it was time to move on and get involved in new projects. There’s been lots of ups and downs in this 50-year career, but to see that the second incarnation has been able to build up such a huge following, it’s really exciting. This is the pinnacle, to be inducted into the Rock and Roll Hall of Fame. What a reward for all of the ups and downs over the years.
Argent: I know it’s fashionable in some circles to say, “I don’t mind whether I get into the Rock and Roll Hall of Fame or not,” but that is not how I’ve ever felt. When we were first nominated, that felt like a huge honor in its own right. I never felt frustrated. I just felt, “I can’t believe we’ve been nominated again.” And this time to turn the corner and get inducted, feels fantastic.

A real theme of the band is that it takes a very long time for your work to be appreciated, so for this to happen after so many years makes sense.
Argent: That’s certainly true! I remember when we played our first single [“She’s Not There”] to the record company, they didn’t think it was commercial. When it first came out, the main label put us on a subsidiary label and “She’s Not There” was Number One, it was the first English band after the Beatles to top the Cashbox charts with a self-written song. Certainly nobody thought “Time of the Season” was terribly commercial.
Blunstone: Rod will always say that Odessey and Oracle got some good reviews at the time, and it probably did, but overall it didn’t get a great reaction, and certainly not commercially. It’s always intrigued me that over a period of time, with nobody promoting the album, no one marketing it, people’s attitudes towards the album changed. It took on a life of its own and gradually people became aware of it.
Argent: I’ve read that the induction ceremony is going to take place on March the 29th, 2019. That’s — to the day — 50 years after “Time of the Season” became Number One on Cashbox. That seems like an unbelievable milestone, really.

How would [founding guitarist] Paul Atkinson feel about this if he was still here?
Blunstone: He would be absolutely thrilled, of course he would. Paul went on to be such a hugely successful record company executive. In some ways, he was the most successful of all of us. I know that he would be absolutely thrilled if he was here now. He worked as hard as anybody did to make that first incarnation of the band successful. He was a wonderful person, a lovely character and a great player. He would be so thrilled. He’d be looking forward to playing in the show in a few months’ time.

Bands usually play three songs at the ceremony. Which ones do you think you’ll do?
Blunstone: I honestly don’t know how this all works. I would imagine that the Rock Hall will have some input in what we play. I’m sure they’ll want “Time of the Season” and “She’s Not There.” But the third song? Maybe they’ll want “Tell Her No,” but maybe they’ll want something from Odessey and Oracle. We’re happy to go with whatever they want.

I think “This Will Be Our Year” would be pretty appropriate.
Argent: It really would, wouldn’t it? It’s one of those things that has been used a lot to mark special moments in broadcast TV. I think it was the very final thing in Mad Men. I think they finished the whole of the series with it at the end. I know that the phrase has been used by our management to try and get people to vote. It does feel appropriate.

Let’s talk about some of the other inductees. Do you like Radiohead?
Blunstone: They are a newer band. I’ve heard bits of them and what I’ve heard I really like, but I haven’t seen them play live.
Argent: I don’t pretend to know all their work, but I can still rememberer the first day I heard “Paranoid Android.” I was completely blown away by it. I’m pleased that they got in. I think they’re a very exciting and original band, very imaginative.

How about the Cure?
Argent: My son is in his forties now, but when he was in his early teenage years he was obsessed with the Cure and Robert Smith. I hardly dared tell him that we’d overtaken him in the fan vote. I’m pleased for them.

How about Roxy Music?
Blunstone: I’ve seen them play live. I thought they were absolutely brilliant. I love them!

Can you envision any song you could all play together for the big jam at the end?
Blunstone: That’s a bit of a tricky one, isn’t it? What I’d go for is a Beatles tune because most people will know a Beatles tune, but maybe that’s been done before. If you were to ask me off the top of my head, I’d go with “I Saw Her Standing There.” Everyone knows that.
Argent: I’d do that song at the drop of a hat. I remember the first time I heard it. The Zombies used to do it. The Beatles came out in the U.K. a couple of years before America. That was obviously an early song. As a semi-pro band we used to play that onstage and absolutely love it. I absolutely adore that song.

Do you think you’ll playing with [original drummer] Hugh Grundy and [original bassist] Chris White that night?
Argent: We don’t usually tour with Chris and Hugh, but as you probable know, we have done an Odessey and Oracle tour of the States and it has been incredibly well received. And I would love — so that we could reproduce every single note of “Time of the Season,” a little bit of extra percussion — I would love to have that covered by our current drummer. When we did the Odessey and Oracle tour, we ended the whole evening with “She’s Not There” and we got both drummers trading licks at the end. That was great fun and it brought the house down. I’d love to put that in place again.

I’m sure the whole evening will be very emotional for you.
Blunstone: I think it will be a very emotional night. There will be so many memories conjured up of the last 60 years. In fact, the Zombies actually started in 1961 when we were 15, so it’s actually past 50 years. Of course, from the original band, Paul Atkinson is no longer with us. From this incarnation, sadly, Jim Rodford is no longer with us. I like to think they will be with us on that night and I think they will be looking down on us and smiling on the whole wonderful event. I think they will be with us.

Who do you want to induct you?
Argent: The fact that we’re in now, I don’t care [laughs]. It’s something that we have to think about now. I never thought about it. It felt like tempting fate. But thinking of it now, Tom Petty became a big proponent of us in the recent years. I can’t believe he’s gone. No question if he was still here, he’d be the first person I’d ask to induct us.

All of this just feels very overdue.
Blunstone: That’s very kind of you. I can’t say any more than I’ve already said. One can never presume something like this will happen. We could have never been nominated again. We could have gone on being nominated and never being inducted, but it has happened. The magic has happened. We’re just so thrilled. I’m starting to feel emotional talking about it even now, so heaven knows what it will be like on the night.